Mob of Hollywood movie cars being auctioned in Los Angeles 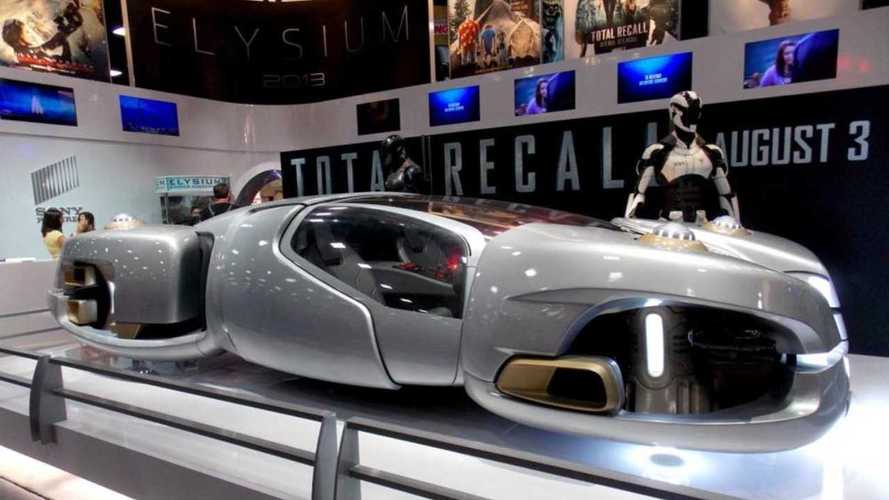 GWS Auctions is selling a group of movie cars next month, each with their own unusual story - check them out!

GWS Auctions will be selling off a mob of movie vehicles at the Legends: Hollywood & Music Auction on November 3, including a replica of the shape-shifting robot Bumblebee from ‘Transformers’, Miley Cyrus’s Ford F150 and a custom Mustang.

The most unusual of the vehicles being sold is a Chrysler prop car from the futuristic sci-fi film Total Recall. Designed as a hovercar, it is one of several automotive props built for the film, and the only to be used by lead actor Colin Farrell. The concept car features an inverter, which is used for the cars LED effect lights when displayed. The current owner bought the car directly from the special effects company that used it. The car cost approximately $1.5 million to build.

Although a fan-built replica rather than an original creation, the 1974 Chevrolet Camaro ‘Bumblebee’ even has deliberate imperfections such as painted rust to make it screen accurate. It has a stroker engine and automatic transmission with shift kit, but no super intelligent robot or shape-shifting capability like it does in the film. It’s currently sitting in a museum, rather than saving the world.

The Ford F-150 pickup truck from 2009’s Hannah Montana: The Movie may not immediately stand out for classic car enthusiasts, unless they’re interested in Hannah Montana, of course. In which case, you should seek help.

During filming, this 1983 classic was well looked after, and they had to paint on rust and dust and use a smoke machine to make it look weathered. Once filming was complete, film star and bestselling musician Miley Cyrus signed the sun visor, as did her father Billy Ray, who has won 41 awards for his music.

Originally a television series in the 1970s, The Dukes of Hazzard was recreated in 2005 as a feature film, including a cast of impressive machinery. The film stayed true to the era of the show, using a 1969 Dodge Charger ‘General Lee’ which was arguably more important to the plot than the characters were. What makes this particular model interesting is that it incorporated technology that allowed it to be remotely driven. Something we’re used to in 2018, but was groundbreaking in 2005.

It’s believed to be the first time such technology was used in the media industry, and allowed stunt drivers to drive while the actors were being filmed inside, supposedly driving. Its market value will also be untarnished, as the only one of the cars used that didn’t have the Confederate Flag painted on the roof.

I Am Legend is a 2007 film that features Will Smith surviving a post-apocalyptic world with a dog and a 2006 Ford Mustang GT, built by Picture Cars East. Ford originally built six cars, but it became clear Smith was struggling to work the manual gearbox while acting and interacting with his dog co-star, and Picture Cars East was commissioned to make a automatic car using stock Mustang parts. Without spoiling the film, the car more than did the job to keep Smith’s character alive.