Buy this unique TVR Taimar with a Ford GT40 engine 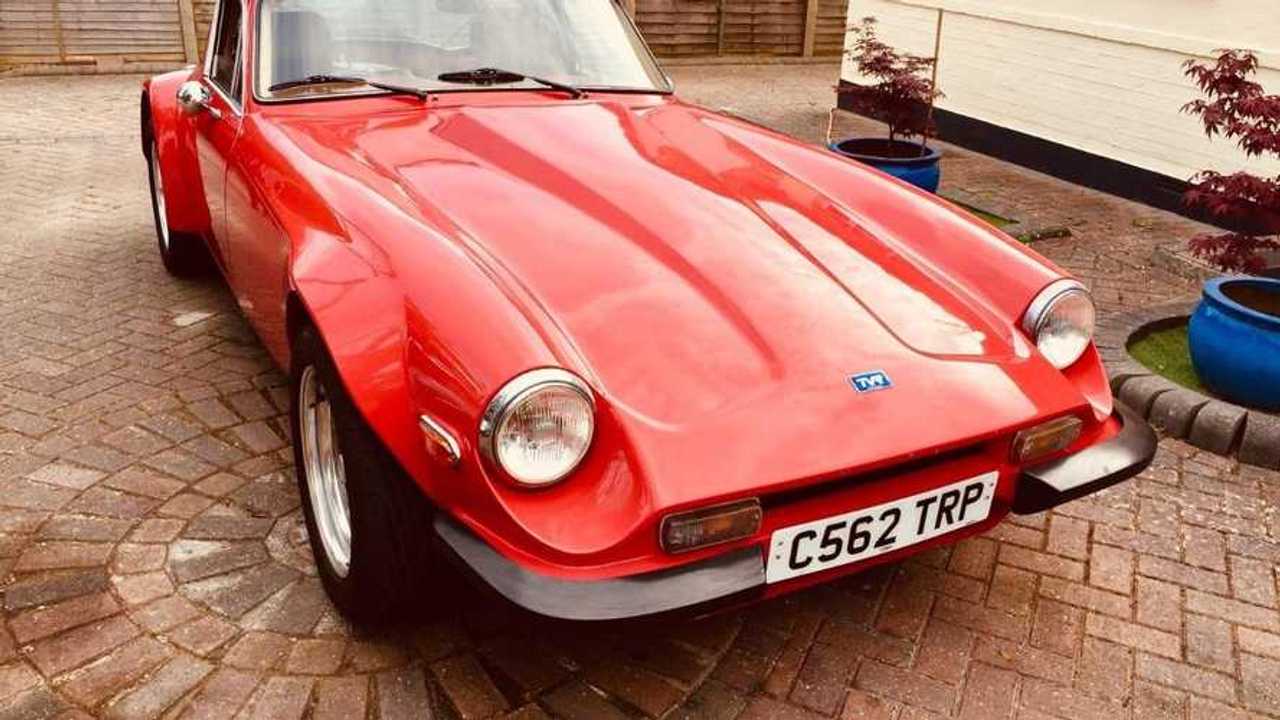 TVR didn’t make cars like this often. In fact, this particular Taimar is a one-off, which raises the question if you can even call it a Taimar. It wasn’t even made by TVR! Here’s the story of this unique vehicle, and how it could be yours…

In 1980, a successful businessman and racer of TVRs came to the decision that he required a TVR built just for him. This was to be no run of the mill model, with John Robinson Racing commissioned to design and build the car on TVR’s behalf. The company was no amateur, having built a reputation in motorsport for highly tuned Ford sports cars and single-seaters. Most importantly, it was a specialist in bespoke chassis design.

Compared to your usual Taimar, this car is 10 inches longer. The wheel arches are larger and more aggressive, giving the car a more menacing look. Under the long bonnet is a Ford 4.7-litre V8 289 engine, provided by V8 specialist Mathwell Engineering and previously used in the original Ford GT40.

The cylinder heads were originally from Gurney Eagle but were replaced by Mathwell with Edelbrock performance heads and new carburettors. Menacing it may look – and sound, with a bespoke exhaust system – but it’s also safe. A roll cage was incorporated into the car to ensure the chassis was strong enough to withstand the increased forces as it was propelled along by a much more powerful engine.

Having pinched its engine from a classic American supercar, the gearbox is also straight from the GT40 spec list - a ZF five-speed with a dog-leg first gear. There are several features on this car that assist it as a racing machine, with disc brakes, rose-jointed suspension and adjustable brake bias. The fuel tank is an FIA flexi-tank with twin fillers. It’s road legal, having been registered in June 1986, but is unsurprisingly designed primarily to be driven on track.

After the owner of the car died, it was discovered in a lock up garage, and had not been on the road in about a decade. It’s been worked on since, and has even passed its MoT. The interior remains in the same original condition, while the only sign of ageing is in the paintwork. This unique model has garnered attention before, having appeared in TVR Sprint magazine.

The car, technically known as chassis number 5001 FM, is currently being auctioned online and is at £12,700 as we write this, with four days on the auction left to go. There is a reserve on the vehicle but, given there's already 15 bids in play, we suspect it might sell. Will it end up in your garage?