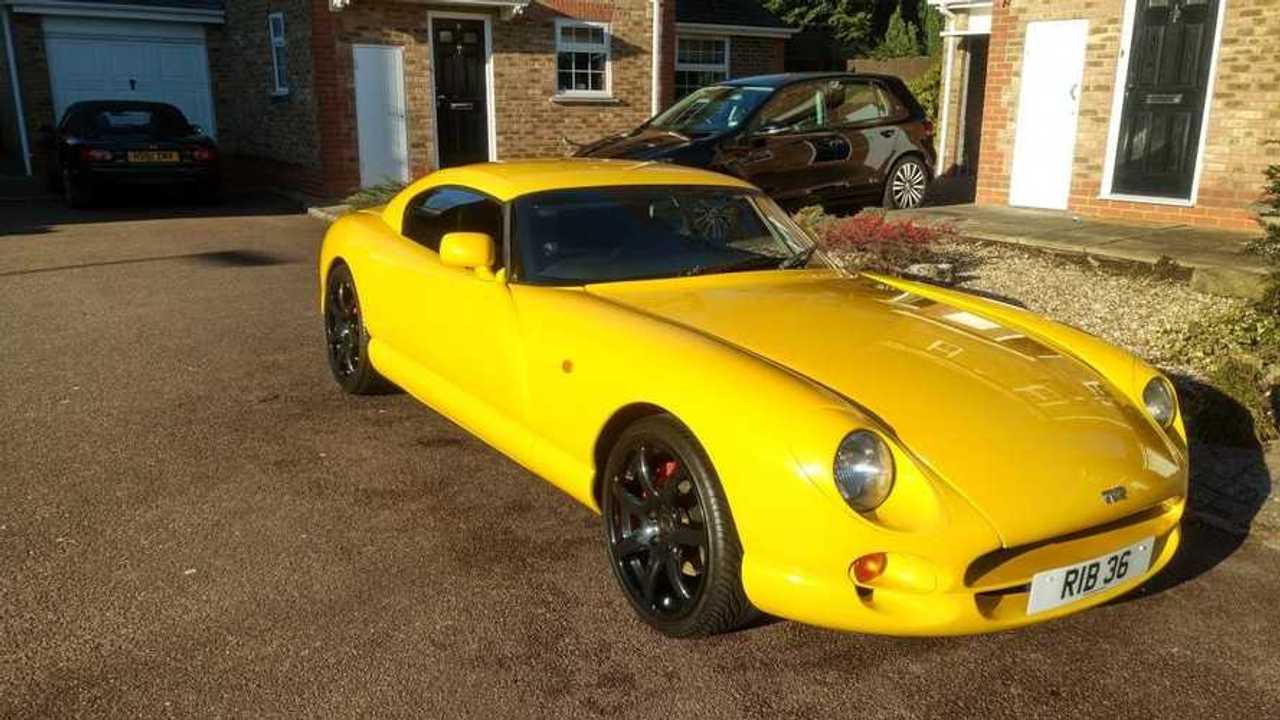 A bright yellow British sports car with an awesome name and a decent price? It's not a Lotus, it's the TVR Cerbera

Cars named after multi-headed mythical beasts that guard the gates to the underworld have a lot to live up to. Or live down to, seeing as it’s the underworld. The 1997 TVR Cerbera sits somewhere in the middle. A hard-top TVR, which to some in the owners’ community is the equivalent to hell for thiese sports cars. It’s powered by a TVR-built engine though, an exciting first for the company at the time.

The engine in question is a 4.2-litre 75-degree V8, capable of 360bhp and powering the Cerbera to 185mph. It was inspired by Formula 1 engines of the time, and the one in our classifieds has been inspected at annually since purchase. In the last 21 years it has covered 33,000 miles, with little under 1000 of them occurring in the last few years.

Servicing of the Cerbera has mostly taken place at the TVR main dealer, a history of which comes with the sale, and a ‘large’ service has occurred of late. The thorough servicing means this car has a MoT, valid from October 12, and looks in pristine shape. This should brush away any fears of unreliability that is sometimes associated with TVR, especially with such a low mileage, and if the main dealer itself thinks the car is in top working condition, then who's to argue.

A bright yellow paint job corresponds with the black and yellow hide interior of the car, and additional coolness comes with 18 inch Spider Alloys, bright red brake calipers and a Bluetooth handsfree stereo set which works with a telephone.

Of course being a TVR though, it's all about how it drives. And with no traction control or ESP, this is a pure driver's car. Listed at £21,995, this is a good value sports car with a great badge, low mileage and a cool history.