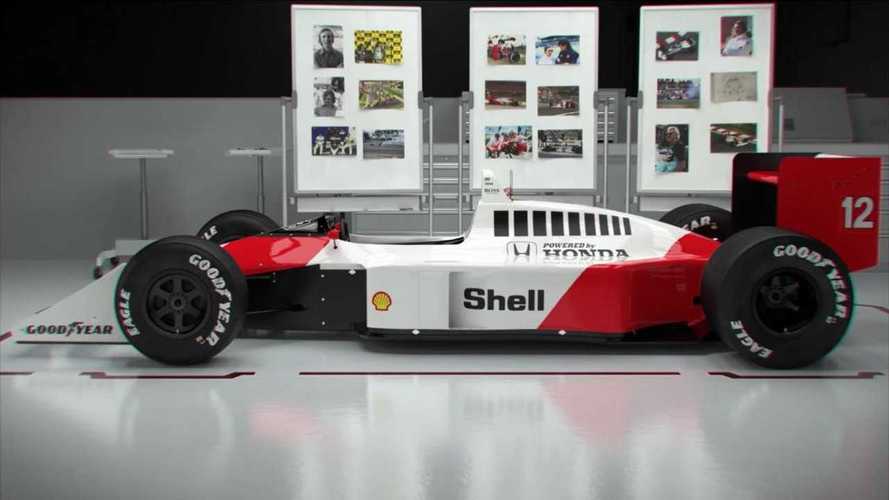 The McLaren MP4/4 is one of the most famed Formula One cars in history, but who really designed it? Gordon Murray and Steve Nichols lay claim.

The McLaren MP4/4 is still arguably the most successful Formula One car in history. It didn’t just win McLaren and Ayrton Senna the World Championships of 1988, it totally dominated the sport. In fact, the MP4/4 won all bar one race that season and lead for 1,003 of the total 1,031 laps completed in ’88. Gordon Murray lays claim to designing the MP4/4, but is that the case? Autosport’s latest video explores the origins of this incredible car.

Gordon Murray joined McLaren from Brabham after designing the extremely low-slung BT55. Murray claims that much of the inspiration for the MP4/4 came from the Brabham, something that is clear when you compare the two cars. By sitting the driver at a raked angle the car’s frontal area could be reduced by 10%, thus minimising drag.

However, it wasn’t just the driver that needed to be seated lower, the new engine for 1988 needed to receive the same treatment to maximise the MP4/4's design. A move from Porsche-built TAG engines to Honda allowed Murray to push for engine modifications to suit.

When the McLaren MP4/4 arrived for its first test at Imola, it proved to be worth the wait. “The MP4/4 went on track and the lap times just went quicker and quicker. It was getting dark and Ayrton didn’t want to stop” said Honda’s Indy Lall.

The McLaren’s success speaks for itself, however, then McLaren chief designer Steve Nichols contests that the BT55 was the driving force of the MP4/4 and stays that it was an evolution of the MP4/3. Gordon Murray stands by the version of events that he showed Steve his old Brabham drawings and that the MP4/4 was conceived from that car’s ethos.

Other engineers do claim to have seen BT55 drawings at McLaren, and Honda’s engine development team recall Murray pushing for a lower engine. The was reportedly friction between the pair at McLaren, but both hold short of mud-slinging in the public eye.

Either way, the McLaren MP4/4 required a team of people to make it the success it became. Check out the Autosport video that details this McLaren's success.