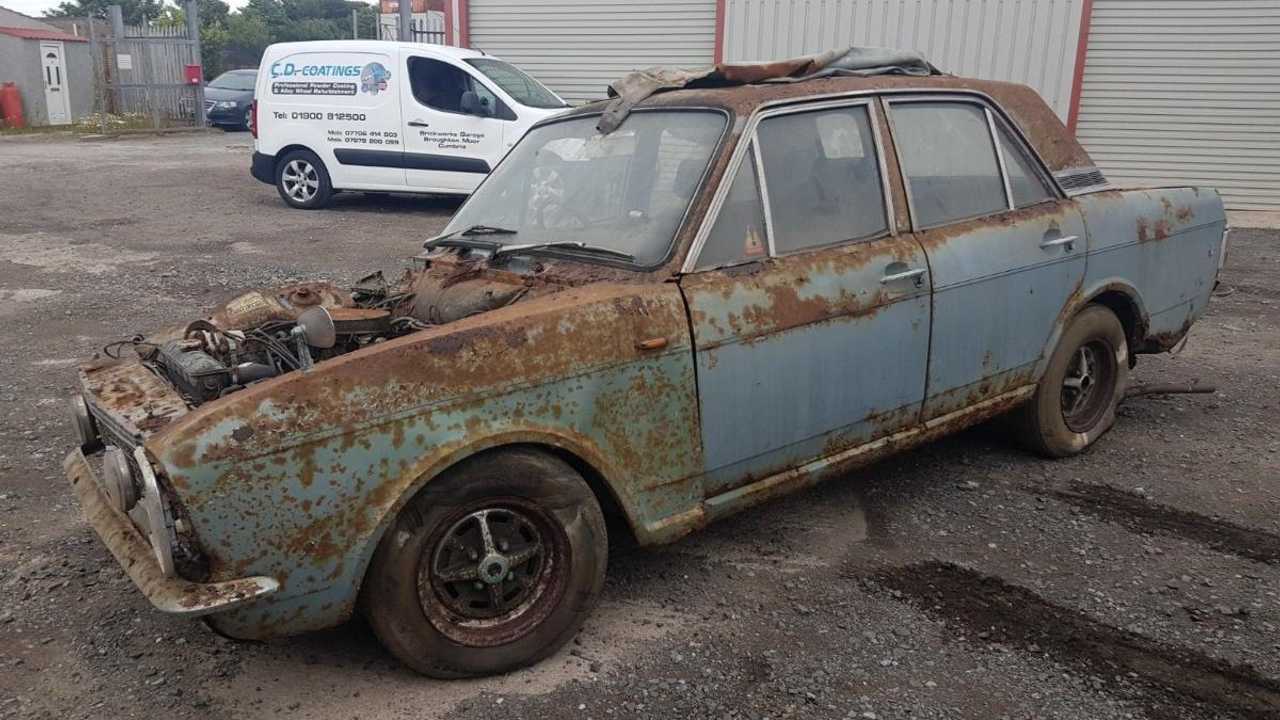 Barnfind restorations are often passion projects that people pour plenty of energy into. This rare Ford Cortina Savage complete with V6 engine is in need of some TLC.

We all love a good barn find, especially if said car that has been lost to the sands of time is of intrigue. Ford Cortina’s are cool, but a rare ‘Savage’ with its thunderous V6 is truly something to lust after. Such a car has just appeared on Ebay, but be warned, it’s a serious restoration project even by barn find standards.

Yeah, it’s not for the faint of heart. This once mighty saloon car of the 1960s is about as far from concours ready as you can get, but it could prove to be a labour of love for someone out there. According to the listing it has sat in a garage for the past 20 years, although that clearly hasn’t saved it from the rust associated with cars of the era. While it is missing a front wing, the rest of the Cortina looks intact leaving the door open to restoring as many original parts as possible.

The interior has faired far better than the exterior with the original wooden trim still in place. Its upholstery might be discoloured, but it actually looks to be relatively free of ware or physical damage. With some TLC this original cabin could look factory fresh once again.

Lotus’ efforts with the Ford Cortina are well documented, but the Cortina Savage was the product of Jeff Uren and Race Proved Performance. The theory was that if you take a light car and put a large engine under the bonnet, say a V6 from a Ford Zodiac, you’ll have a pretty rapid machine. Race Proved Performance had a track record with such alchemy and created other curiosities such as V6 Ford Capris and even a 3.0-litre Escort. However, lots of power isn’t the only ingredient for a successful road-going touring car.

Extensive modifications to the suspension and added stiffening ensured that the Savage could dance through the bends before roaring down long straights. Journalists of the time loved it for its chassis balance and added performance over the standard Cortina.

Currently the bidding for this Ford Cortina Savage sits at just over £1,800 with 31 bids at this point in time — so there’s clearly interest. It needs a lot of work, but for the right individual this might prove to be a rare opportunity to bag a genuine performance icon.