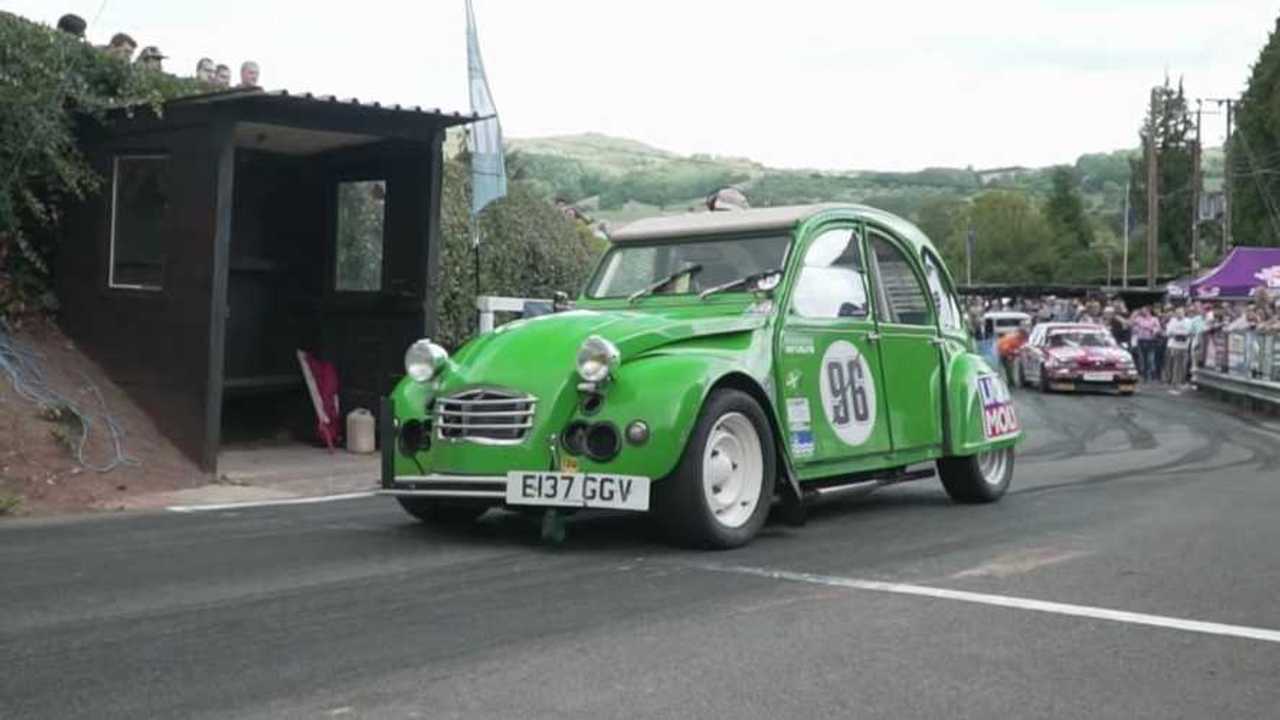 The Citroen 2CV is well known for being a symbol of French innovation, the car that got the country moving. It was never designed for motorsport, but this BMW-powered example gives it a go...

The Citroen 2CV is a famed car in history for being the machine that motorised the masses in France, however, it’s not known for its speed. The most potent engine fitted to a 2CV in its 42 year career only had 33bhp — not particularly punchy, even for 1970. When Alex de Vries decided that he would take his 2CV hillclimbing, he knew that some modifications were in order. Thanks to a supercharged BMW engine, this little car blasts its way up the Shelsley Walsh hillclimb.

This 2CV now packs a 154hp punch, but still only weighs 660kg! The BMW unit in question is a supercharged 1.0-litre flat-twin from a motorbike, which is why this car can rev to an incredible 11,000rpm. Alex has done this properly and developed the 2CV package with uprated brakes and suspension. The interior has been stripped for maximum weight savings, but now features a race compliant roll cage.

The Shelsley Walsh hillclimb event attracts everything from classic hatchbacks to the latest limited-run supercars — not to mention the occasional formula car. It is a great event that allows cars of all disciplines to compete, regardless of budget. This bonkers Citroen 2CV is a great example of that.

This isn’t the first time Citroen 2CVs have been used in motorsport of course. Various clubs have been racing 2CVs for decades as a cheap form of grassroots motorsport. It’s hilarious to watch these quirky cars jump kerbs and race wheel-to-wheel on a Sunday afternoon. However, the rising values of 2CVs has forced a swap into newer, but very cheap, Citroen C1s.

Watch Alex de Vries tackle Shelsley Walsh in this video. It’s quite the run, one that might just give you a newfound respect for the 2CV.