Are you brave enough to take on this Mercedes 450SL project? 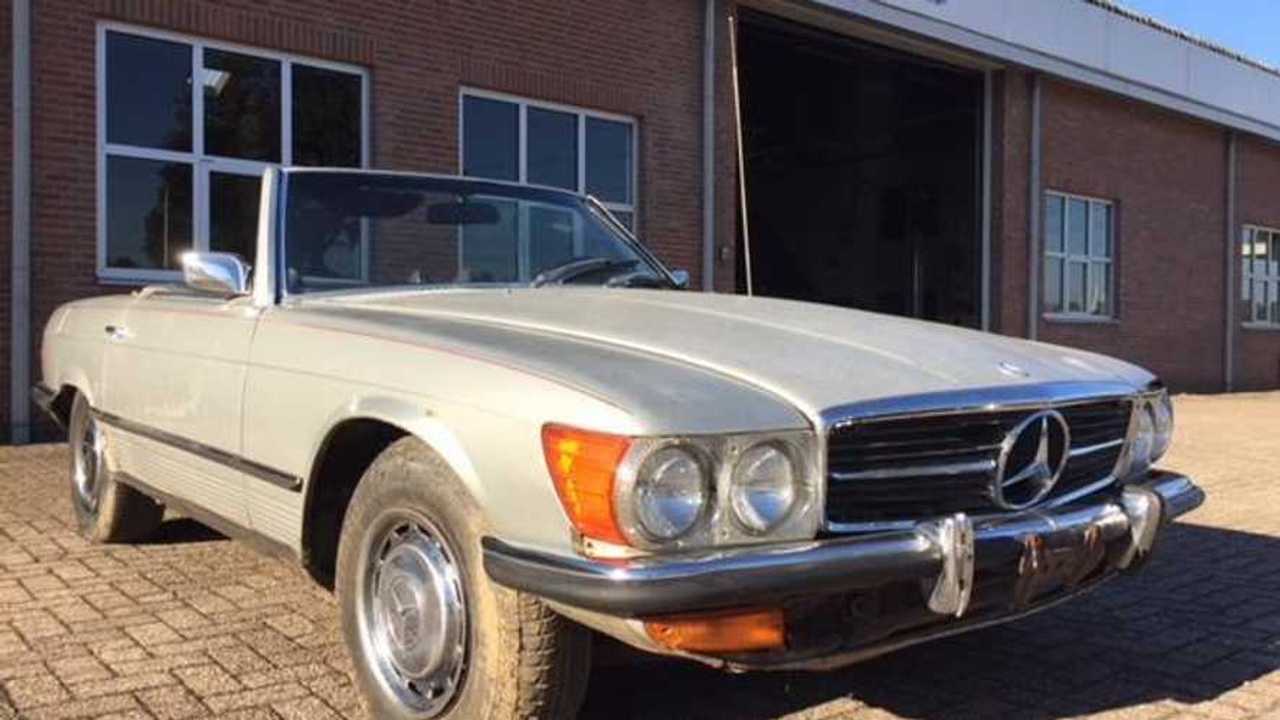 King of the workshop? Try this 450SL. It needs plenty of attention, but this might be the ideal car for those looking for a complete restoration project

If you’re after an appreciating classic, you should check out R107 Mercedes-Benz SLs as these iconic convertibles are really starting to gain traction. Nothing said success in the 1970s like having a land-yacht on your driveway! If you’re looking for a restoration project to keep you busy over the winter, this Mercedes-Benz 450SL might be a bit of a steal.

Currently listed in our classifieds for just €4850 (£4236, $5580) is a prime Merc SL. Well, we say prime, the advert only details that it will need a lot of work before it’s concours ready. However, it is something of a rarity being an early US model featuring traditional chromed bumpers, as crash regulations meant subsequent SLs were forced to wear comically ugly rubber replacements. Imported into Europe and currently residing in Norway, this project car can be transported throughout Europe for an additional fee.

The good news is that the car runs and can be driven, although it was last on the road in 2009 and so isn’t road worthy at this moment in time. Oil pressures are good and the transmission also works fine. Bigger issues surround the rust that means this Mercedes is in need of structural repair work.

Its floor, sills, boot floor, and central chassis beams all need serious attention. There’s also a leaking exhaust manifold gasket, but that’s a relatively minor note in the face of such chassis rust. The interior looks like it could do with being reupholstered, so if you love getting stuck-in with a needle and thread, this car will afford you plenty of opportunities.

It’s worth noting that this 450SL does at least come with its hard top, an item that is increasingly difficult to source.

A lot of work? Yes. But picture yourself in the finished article, thundering along in your 4.5-litre V8 SL that you’ve practically built yourself. In reality this car will cost you much more than the €4850 asking price, but when finished it might be worth something sentimentally as well as financially.