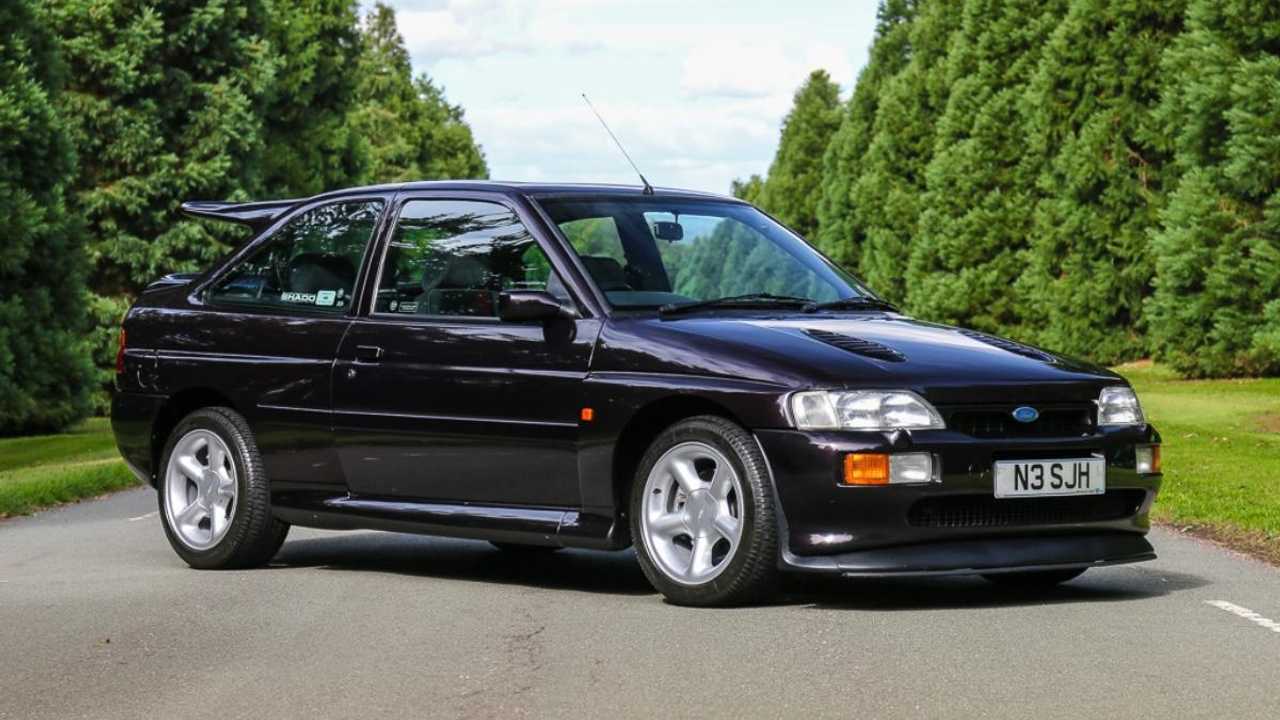 An Escort RS driven for 23 years by the Escort RS’s designer? He must really believe in it. Particularly as Stephen Harper is responsible for many other cars besides

It is hard to think of a more glowing then recommendation of a car having the one who designed it use it personally, every day, for almost a quarter century. Especially if the designer has been responsible for host of other cars besides. Yet that is the case with this 1995 Ford Escort Cosworth RS, and it could be yours as it is to go under the hammer at Silverstone Auction’s NEC Classic Motor Show Sale on November 10 and 11 in Birmingham.

The designer in question is Stephen Harper who is credited with designing a lengthy list of notable road cars over several decades working for all the major automotive manufacturers. He has furthermore been described as a “Futurist Visionary”.

More on the Ford Escort…

In addition to the Escort RS, cars under Harper’s influence include the MG F, several Volvos such as the C70, 440 and 480, as well as the Austin Montego and Rover 800 from his early days at Austin Rover.

He clearly believed in his Escort RS creation, particularly as having designed it he then used this one going under the hammer daily as his personal car for nearly 23 years.

Harper also has experience of working in many parts of the world including throughout Europe, as well as in the US, Thailand, Brazil, Indonesia and China. Working at in Sweden in 2000 he also was influential in the creation of its post-millennial re-branding, having designed a string of cars for the company.

He returned to the UK in 2007 and set up SHADO Ltd (SHADO being the acronym of "Steve Harper Art & Design Organisation") as a design consultancy based in Paignton in Devon, where he remains. He since in 2012 worked for SAIC developing the MG Icon concept car – a compact, 4m long SUV-meets-coupe – with the Chinese design team.

You can check out more details on the car on the Silverstone Auctions’ website, or find out more about the NEC Classic Motor Show, as well as book tickets, here.