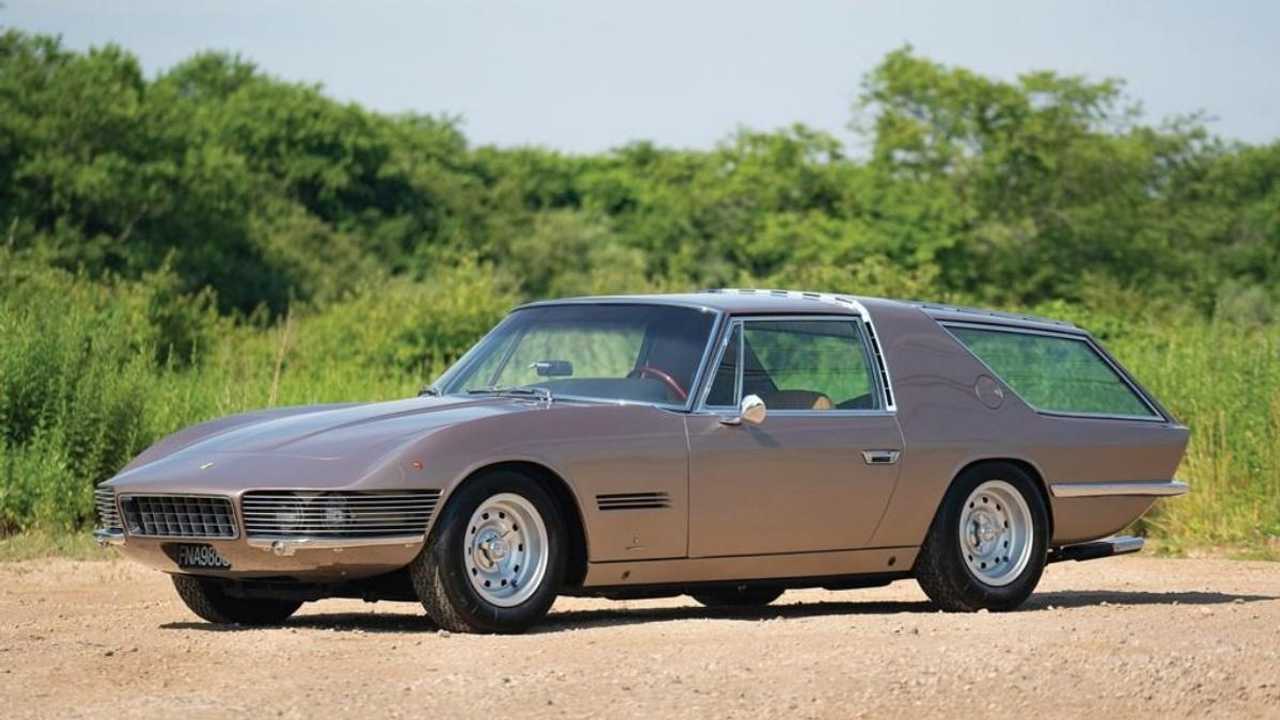 A practical yet powerful Ferrari once owned by musician Jay Kay, and very much distinct even alongside other Ferraris – this could be a bargain

Fancy a practical Ferrari that's not a GTC Lusso, and one that will stand out from almost any other Ferrari in existence? This could be your lucky day, as this unlikely description fits this 1965 Ferrari 330 GT 2+2 Shooting Brake to be offered without reserve at RM Sotheby's The Petersen Automotive Museum Auction event, taking place on December 8 2018 in Los Angeles.

A practical Ferrari may seem like a contradiction in terms but this particular car has even more to set it apart. This custom 330 GT definitely did not emerge from the factory in this form. It was rebodied extensively by the famous Italian coachbuilder Carrozzeria Alfredo Vignale in the late 1960s with every single body panel changed.

Yet it retains one unbroken link to the original, and to Ferraris more generally, in its 4-litre Colombo V12 engine which appears to have gone untouched, presumably guaranteeing its original 300bhp.

But as mentioned, the car with its power is practical too with its large rear hatch making it something like a usable and utilitarian family estate. It also was displayed on the Vignale Stand at the 1968 Torino Motor Show.

The car was the result of a one-off bespoke order by Luigi Chinetti Jr, the son of an American Ferrari importer of the same name, collaborating with Bob Peak, the ‘father of the Hollywood movie poster’, and the pair commissioned Vignale to work on the bodywork. The pair also planned to start a business offering tailor-designed Ferraris, although it did not work out.

It is also believed to be the last Ferrari with Vignale coachwork, as he was killed in a car crash days after selling his factory in 1969.

Reportedly the car was given a full restoration in the 1990s and was refreshed recently. It also has a celebrity link as this is the same Vignale once owned by Jamiroquai singer and long-time performance car enthusiast Jay Kay - though when he owned the car it was painted metallic green with a gold roof. Now it has a more sober rose gold finish.

You can have a closer look at the car here as well as keep an eye on the RM Sotheby’s website for forthcoming details.