Classics for sale: attractive and rare Aston Martin AR1 up for grabs! 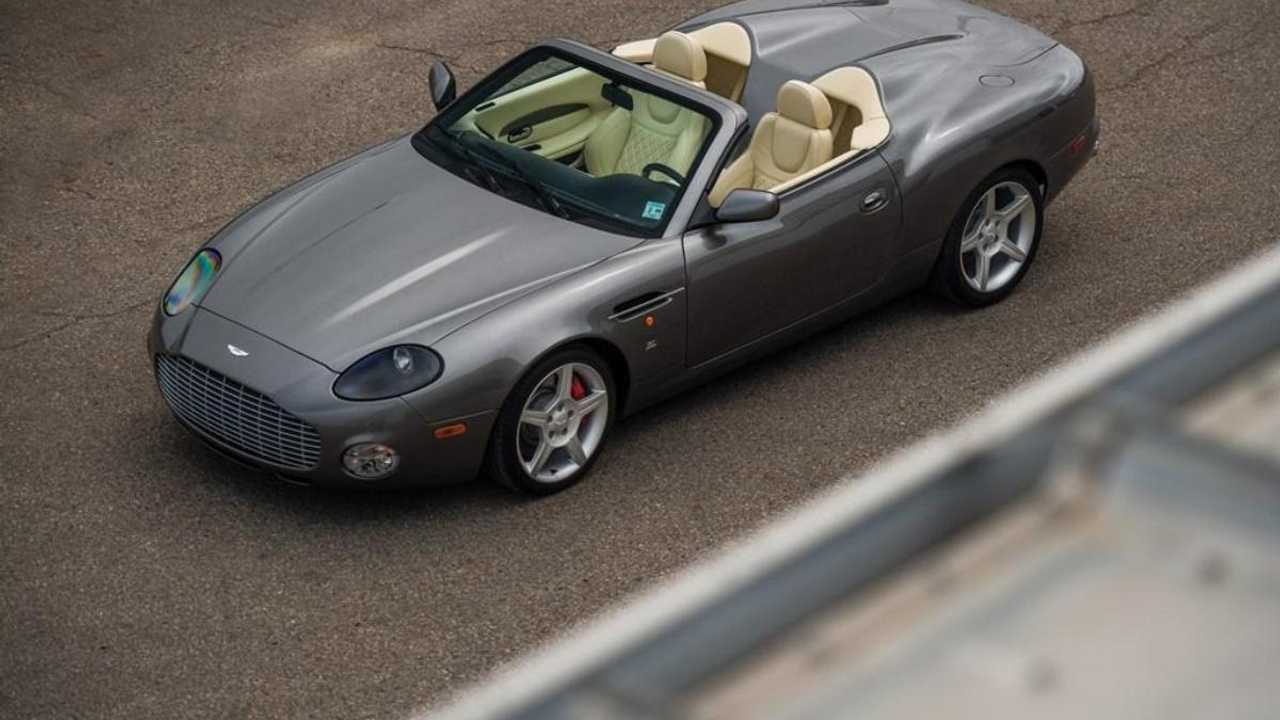 This stunningly-attractive, rare and low mileage Zagato-bodied Aston Martin roadster is available in an RM Sotheby’s auction in Los Angeles this December

Aston Martins tend beautiful automotive sculptures especially when the Italian design house Zagato has been involved. Such a car fitting this description is to be offered for auction at RM Sotheby’s The Petersen Automotive Museum Auction event taking place in Los Angeles on December 8 this year – a 2003 Zagato-bodied Aston Martin AR1.

This limited-edition grand tourer is highly collectible and an example of Aston collaborating with the legendary Italian coachbuilder Zagato. And not only is the car for auction rare – as the 16th of a strictly-limited run of 99 examples built – it has astonishingly low mileage at 97 original miles.

The car also has a unique place in history. Ford, which had a shareholding in Aston Martin, was looking to reinvigorate sales and interest in the British brand and to do so set its ambitions high. In 2002 it rekindled its relationship with Zagato, which had started with the iconic DB4 GT Zagato in 1961, to create a limited-production grand touring car in the spirit of Astons from the past such as the DB4 GT Zagato also including the V8 Vantage Zagato of the 1980s.

It sought to design a car more alluring than the current model DB7, a car already considered to be one of the most attractive of its era and Aston Martin's highest production volume car. Zagato did not disappoint, with the resulting cars, the DB7 Zagato and DB AR1, considered two of the most attractive Astons ever. The DB7 Zagato coupes, due to homologation problems, were only available in the European and Asian markets which meant the AR1 roadster was produced especially for America, hence the “AR1” designation.

The cars also were the last product of the Aston Martin-Zagato relationship before the 2011 unveiling of the V12 Zagato.

First shown at the 2003 Los Angeles Auto Show, the DB AR1 was a fully open version that remained largely similar to its closed sibling. It was instantly regarded as one of the best designs that either Aston Martin or Zagato had ever produced, featuring time-honoured Zagato design cues combined with a modern flair.

This one for auction packs plenty of performance too, accelerating from 0–60 mph in just 4.9 seconds and it has a top speed of 186mph, figures only slightly bettered by the legendary Vanquish. It is powered by the more powerful ‘GT’ version of the 6-litre V12 with 435bhp. The active sports exhaust system with rear muffler bypass valves provides an evocative and befitting exhaust note.

It is finished in stunning Tungsten Silver over a white leather interior adorned with diamond-pleated front and rear seating. The five-spoke alloy wheels are offset with tasteful, red-painted brake callipers. Other options include embroidered over mats, a satellite navigation system, power folding mirrors, and aluminium switches.

It also comes with a serial numbered car cover, a set of matching umbrellas, as well as the original owner’s manual, window sticker, and spare key fob. The AR1 was designed with the sunnier US climate in mind and so has no roof or hood covering – just a simple rain cover to protect the leather interior when parked.

The AR1 on its launch quickly became one of the most desirable Aston Martins of modern times, which is how it remains today. Opportunities to acquire this car are rare.

More information on the sale can be found here as well as on RM Sotheby’s website.