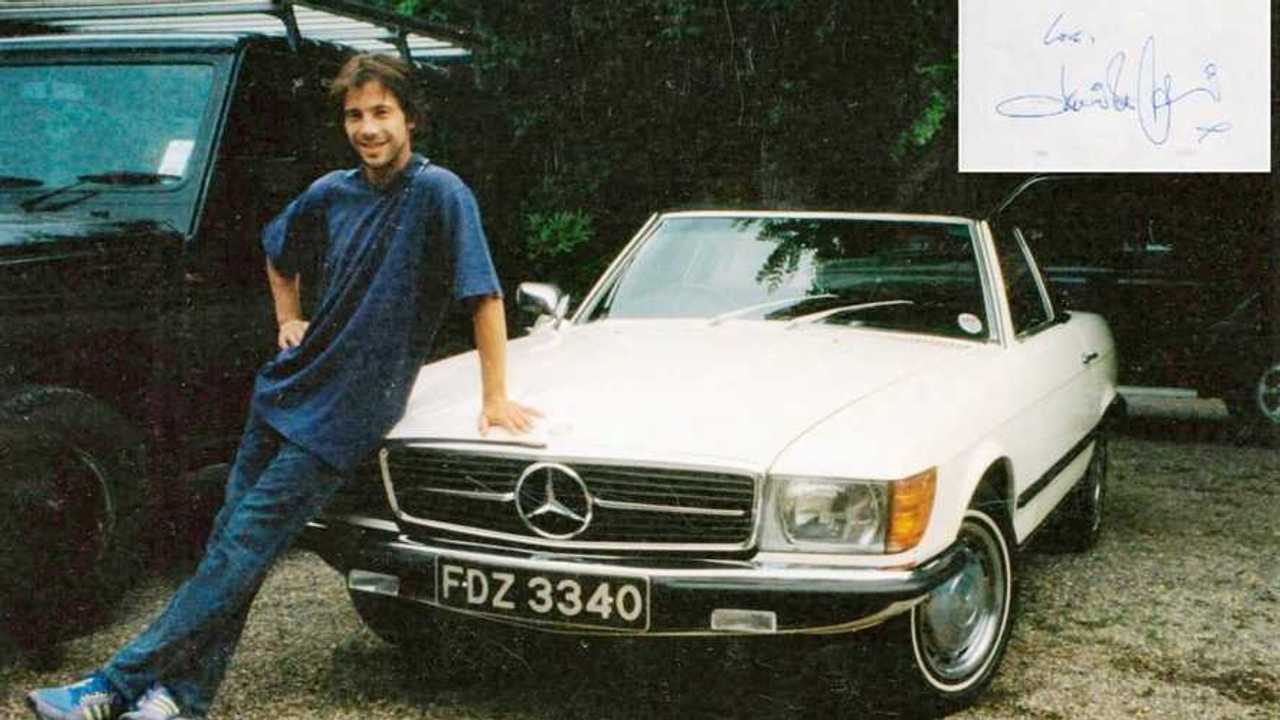 If the Jamiroquai star's Lamborghini that went up for sale was out of your price range, this ex-Jay Kay Mercedes 350SL is much more affordable

Jamiroquai front man Jay Kay is well known for his songwriting talents, but also for being a huge petrolhead. The star has a fascinating collection of over 50 enthusiasts' cars including a Lamborghini Miura, Porsche 911 Carrera 2.7 RS, and a bright green LaFerrari. A car he departed with was this classic Mercedes-Benz 350SL.

It's going up for auction with Cheffins at its Vintage sale in Sutton this month, and evidence of the pop star’s ownership comes in the form of a photograph of him next to the car and a signed note on the reverse side. 'Yes I owned this 350SL. Try 3rd gear!!'

The 1972 350SL is in need of a tidy up, but it is a sought after variant of the convertible being a V8 manual car — many were sold as automatics. Its mileage hasn’t been stated, but the car comes with plenty of paperwork including receipts for any work that has been carried out over its 46 years on the road. This Merc has also appeared on TV with Quentin Wilson and Jodie Kidd at the wheel, not to mention featured in Classic Cars magazine.

This third generation SL was available with a variety of V8 engines and one inline-six during its production between 1972 and '89. The ex-Jay Kay car was one of the very first to enter the UK in its introductory year. Experts predict the 350SL will sell for around £15,000 ($19,472).

Last year another of Jay Kay’s famed cars hit the classifieds in the form of THE very Lamborghini Diablo from the ‘Cosmic Girl’ music video. The bright purple Lamborghini was actually a rare 523bhp SE30 and one of only 16 produced in right-hand drive. The asking price was £549,995 ($714,404).