Classics for sale: Aston Martin’s ‘Mustang that went to Eton’ 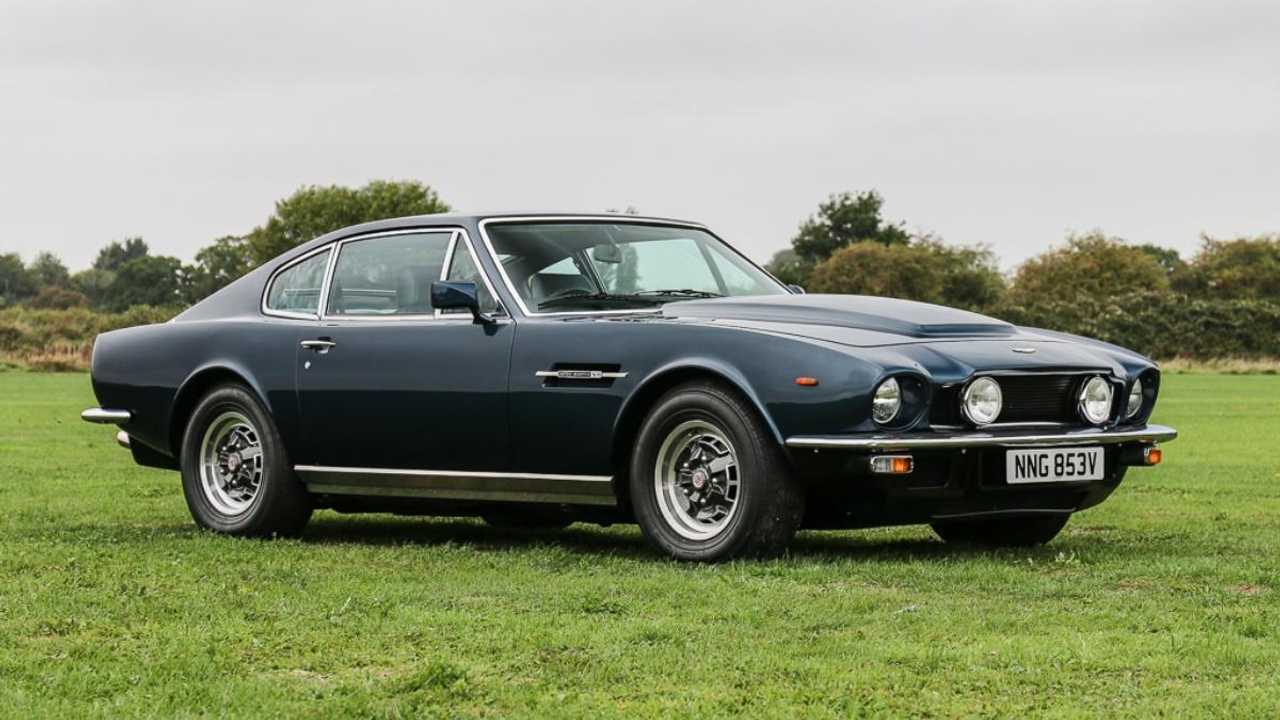 The Aston Martin V8 Series 4 Oscar India blends exterior ruggedness and interior classic style, and that’s not the only thing that sets apart this car being auctioned

The Aston Martin V8 Series 4 Oscar India has been called ‘the Mustang that went to Eton’, which demonstrates that it straddles aggressive looks and power with classic throwback comforts. Yet that’s far from the only thing that makes this example of the car, which Silverstone Auctions will put under the hammer at the NEC Classic Motor Show next month, distinct.

From the outside the car is a little reminiscent of the Ford Mustang, particularly its squat front and sculpted bonnet ‘power bulge’ which replaced the scoop of the previous V8 model. Yet the inside is in undoubted Mayfair style. It was the first Aston Martin in decades to combine sumptuous Connolly leather and polished Walnut facings; the previous example of wood being used in an Aston interior was in the DB2/4.

The Oscar India has an important place in history in another way. It was the eventual product of one of Aston Martin’s first jobs after exiting of a spell of receivership in the mid-1970s, which was to thoroughly revise its V8 engine. The car was unveiled at the Birmingham International Motor Show in October 1978, which is where its moniker was derived – Oscar India being ‘October Introduction’ in the phonetic alphabet. In its seven and a half years of production just 291 of the cars were made.

This 1979 version for sale is an early V8 Oscar India and is fitted with the Aston V540 engine, another aspect of the car that sets it apart. This is one of the last fitted before the V580 became the standard for the model, nlike contemporary Italian engines, Aston's 5.3 litre V8 while powerful would cruise smoothly and quietly, characteristics that perfectly suited the Chrysler-derived three-speed Torqueflite automatic gearbox.

It is offered to auction in very good condition, with minor blemishes acknowledged by the vendor, as well as a recent MoT and has a remarkably low mileage of 24,150 miles. An extensive history file accompanies the sale, containing the Heritage Certificate, build records, and previous ownership history, as well as invoices that amount to some £40,000 since 2002 with recent works on the car by Aston specialists Davron.

The vendor is a Aston enthusiast who has owned half a dozen different vehicles from the brand, including a DB6. He has undertaken a programme of subtle upgrades to the car, including electronic ignition, Vantage exhausts and a new air conditioning unit. Restoration works include to the leather, wood facings, carpets, sills, suspension, brakes, valances and the jacking points. A full list of works, complete with receipts, is contained in the history file.

According to the copy build sheets this version of the car was finished in Blenheim Silver with dark blue leather in 1979 and delivered to a Mr DH Britt of Elwell & Brown Ltd of Dudley on February 2 1980. On May 1 1984 the car was sold to businessman Mr Fairhurst and registered to his home address Wingfield Castle, Suffolk. In 1987 Mr Fairhurst moved to the Isle of Man, registering the car there, which may account for the low indicated mileage. It returned to mainland Britain in 2001 in the care of its third owner, a Mr Meade, who subsequently arranged for the car to be sold to a Mr Joyce via Goodwood Green Classics Ltd of London with a mileage of just 15,215.

The Aston was restored by Marksdane Restoration Ltd in 2003 and the colour was changed from the silver to a more apt Windsor Blue. It then was placed in storage from 2007 to ‘13 and was later purchased by Mark Lloyd, the managing director of Marksdanes Restoration Ltd, to be used as his personal car after some recommissioning. When our vendor saw the car he was particularly impressed and bought it in 2014.