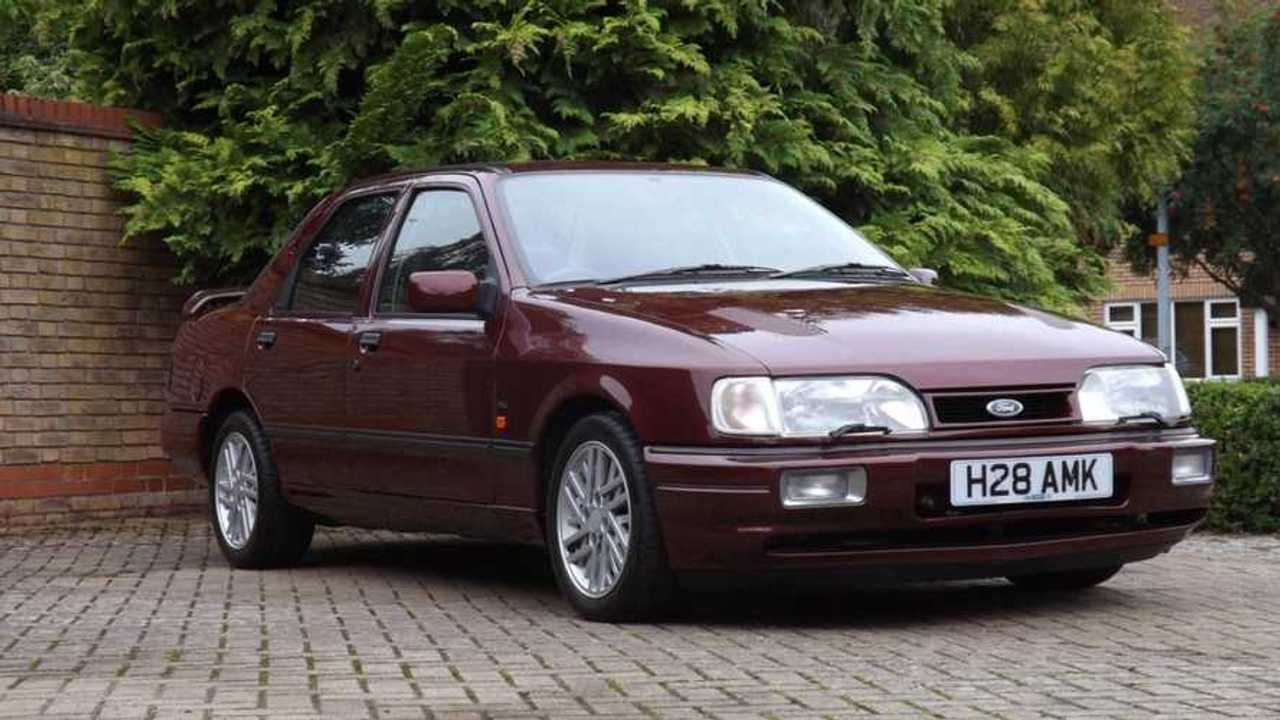 The 1990 Ford Sierra Sapphire Cosworth 4x4 going under the hammer was believed to be one of the first six examples available on the UK market. It was presented in original condition reading just 13,310 recorded miles, had just one lady owner since new and was supplied with a complete history file including the supplying dealer book packs and every tax disc and MoT certificate.

The highly collectible fast Ford sold for £52,750 including buyer’s premium, more than £20,000 above its pre-sale upper estimate.

The second record breaker, a 1972 Ford Escort RS1600, offered collectors the chance to own one of the few remaining genuine homologation specials. It was fully restored to an extremely high standard and finished in period correct Le Mans Green paintwork. It was subject to a long bidding war and bought eventually for £70,875.

‘To achieve not one but two new world records is a fantastic result for our team,’ said Joe Watts of Silverstone Auctions. ‘Both our Porsche Sale and September Sale saw some outstanding classics and excellent prices across the two days, with our new auction venue at Dallas Burston Polo Club proving a hit with our customers.’

Other highlights from the September Sale included a pre-production 1982 Audi Quattro Coupe, believed to be the first UK right-hand drive example, selling for £49,500, and a rare, original condition 1984 Renault 5 Turbo 2 in left-hand drive and reading just 16,898 miles selling for £86,625, more than £16,000 above its lower estimate.

A desirable UK-supplied, right-hand drive 1971 Maserati Indy 4.7 America stood out among the traditional classics on offer, selling for more than £10,000 above its estimate at £60,750, while a limited edition 2007 Lamborghini Murcielago LP640-4 'Versace' was the star of the future classics at the sale, selling to a bidder in the room for £157,500.

The annual Porsche Sale in association with Porsche Club GB took place the day before the September Sale and also boasted strong achieved prices. A rare 1998 Porsche 911 (993) Turbo S, one of only 26 UK right-hand drive examples, sold for an impressive £185,625.

In total the two days of sales achieved over £3.2m and a 55% sales rate. Silverstone Auctions is now inviting entries to its two-day sale at the Lancaster Insurance Classic Motor Show, taking place at the NEC in Birmingham on November 10 and 11. The catalogue closes on October 15.