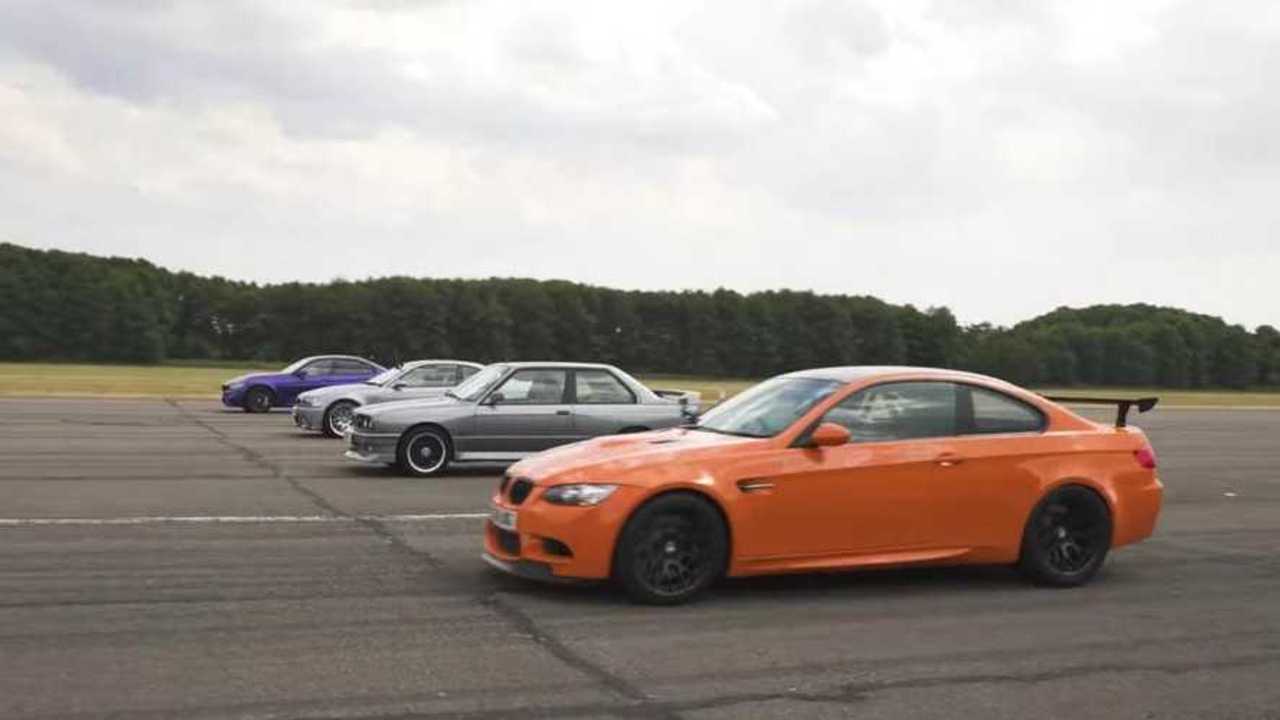 Carwow has gathered some of the most iconic BMW M3s for the ultimate showdown. From the original E30 M3 to the very latest CS, place your bets

There have been a lot of very special BMWs that have worn the M3 badge. In fact, very few over the past 30+ years have garnered serious criticism. The sports saloon has evolved over the decades and today has the performance to shame most sports cars despite its practicality. Carwow decided to put four BMW M3 icons against each other in a drag race to see which is the fastest.

On the grid was the classic E30 BMW M3 that started it all, a true homologation special designed to comply with Group A rules. Next to that was a fan favourite in the form of the E46 M3 CSL, a modern classic that is a seriously appreciating asset. A hardcore E92 M3 GTS joined the party with its cabin stripped of luxuries as standard. Completing the quartet was the latest turbocharged F80 M3 CS. Place your bets!

The results are maybe unsurprising with the oldest car finishing last and the newest car revealed to be the fastest, but there were a few interesting moments. Firstly, the E30 M3 had an amazing launch thanks to being the lightest of the bunch and the only car blessed with a manual gearbox. The CSL’s performance was a little disappointing, particularly in the rolling start race, mainly due to its sluggish SMG semi-automatic gearbox. M3 progress over the years was clearly highlighted by the latest M3 CS with 443lb/ft of torque on tap to quickly dispose of its ancestors.

While the BMW M3 CSL might not have stood up to the test of time in regards to a drag race, its impressive 50:50 weight distribution makes it a master through the bends. It weighs 110kg less than the standard car thanks in part to a carbon fibre roof. Today these cars are highly sought after with values going up at quite a rate lately. A well looked after but reasonably used example will set you back over £50,000 ($64,940) today with low mileage cars approaching £70,000 or about $91,000.

Which BMW M3 would you take home?