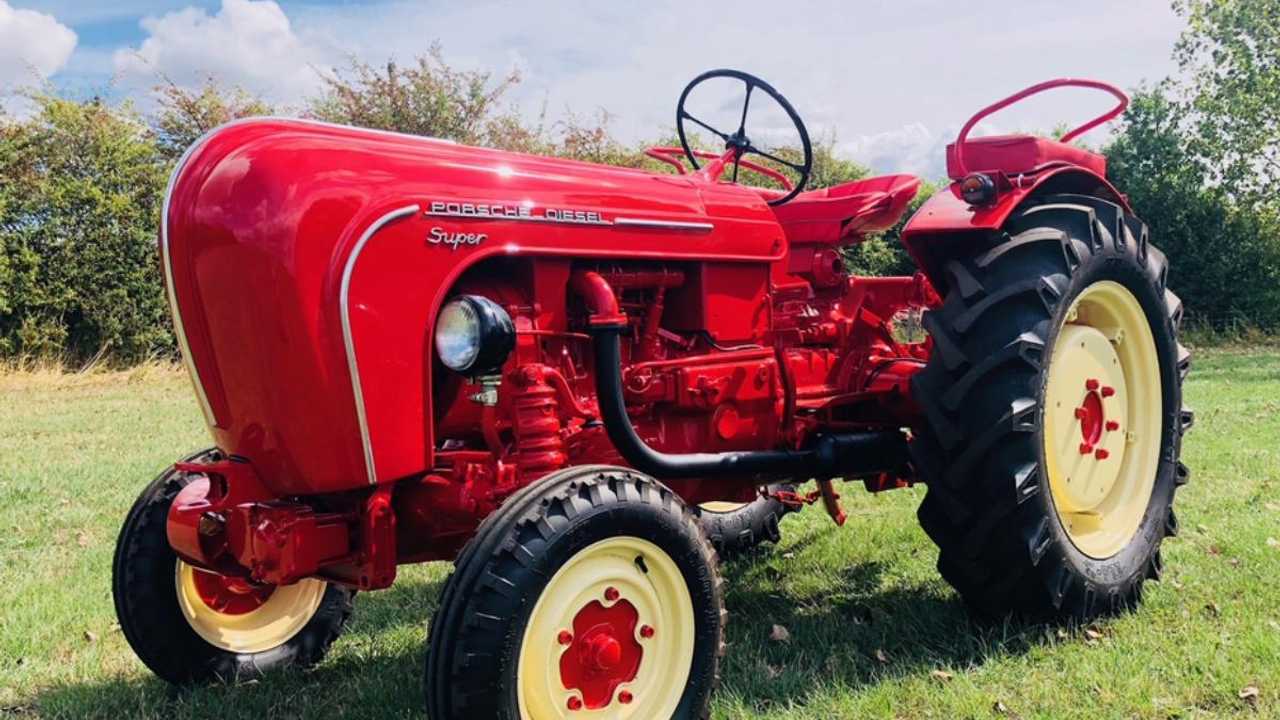 You may not be aware that Porsche has for a long time made tractors – and a Super N 308, its ‘sports car of tractors’, has been sold for just under £20k

No doubt you associate Porsche with sports cars, and possibly not at all with tractors. But a Porsche tractor has just been sold for slightly short of £20,000 ($25,954).

The marque in fact has a long history in producing these farming vehicles, and a 1958 Porsche Super N 308, the ‘sports car of tractors’, has been sold for a tidy sum as part of Silverstone Auctions’ 2018 Porsche Sale.

Porsche launched the Super N 308 in 1957 as a sophisticated vehicle for medium to large-sized farms. It represented a step forward, as its optimised engine delivered significantly more power than its predecessor P133 but with the same displacement and fuel consumption. It even featured the then typical Porsche look of red paint and a sleek, inclined engine hood. The one sold is painted to a Porsche-car grade finish and is detailed to what the vendor describes as ‘show standard’.

Porsche’s history of producing tractors stretches back about as long as the company itself. It constructed several tractor prototypes prior to the Second World War, the earliest of which were powered by petrol engines, before the firm turned to diesel power, eventually developing a series of one, two, three and four-cylinder air-cooled engines ranging in output from 14 to 55bhp.

As with most things from the marque’s founder Dr Ferdinand Porsche, Porsche’s tractors owed little to convention and much to imagination and efficiency. An unusual feature of Porsche's drive system in those early days was its hydraulic coupling between the engine and the gearbox, which permitted smooth, clutch-less gear changes, reducing wear on the transmission components with the bonus of being simple to use and maintain by farmers.

At the end of the war only companies that had been making tractors prior to and during the conflict were permitted to carry on with producing them, which forced Porsche to license its designs to other manufacturers. Agreements were made with two companies, Allgaier GmbH in Germany and Hofherr Schrantz in Austria, and then in 1954 Mannesmann AG moved into tractor manufacture by acquiring the rights to Porsche's engine and Allgaier's tractor design, and set up Porsche-Diesel Motorenbau GmbH, which produced the Super N 308.

The one sold was offered for auction as fully and thoroughly restored, including a full engine rebuild with new pistons/rings, con-rod bearings, injectors and pump. The fuel tank was also stripped, lined and sealed, while the front and rear axles, all drive and drawbar brackets and the steering column were also fully stripped down, refurbished and rebuilt. It is powered by an air-cooled, four-stroke, 2466cc, three-cylinder diesel.

For more details on the machine visit the Silverstone Auctions website.