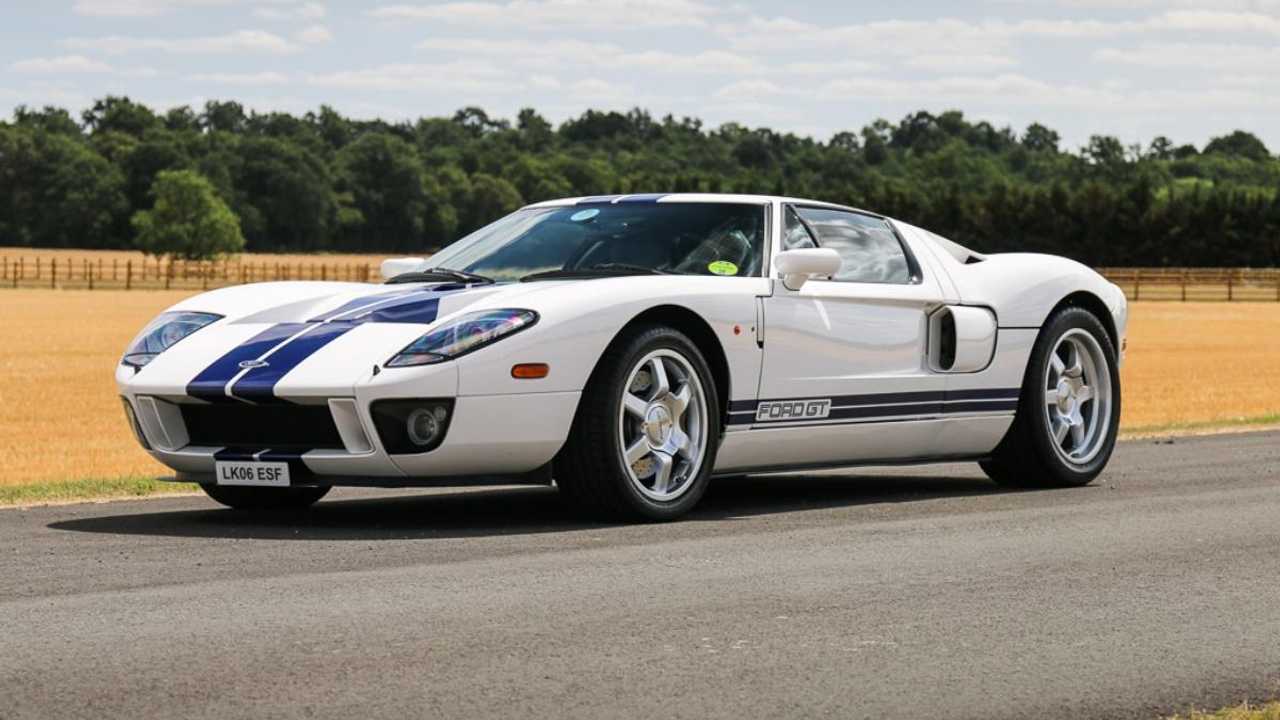 While £270k might have been too much, it’s not too late to get your hands on this rare and ultra-high performance 2006 Ford GT inspired by the iconic Le Mans-winning GT40

A rare and ultra-high performance UK Ford GT remains up for grabs after it was not sold at Silverstone Auctions’ recent September Sale, having been available for £270k.

The model available is one of only 27 UK-delivered examples of the car inspired by the famous multiple 1960s Le Mans 24 hour race winner the GT40. It is finished in the evocative white with blue racing blue stripes combination which was used on several American racing machines since Briggs Cunningham’s cars adopted the look entering Le Mans in 1951.

The original GT40 became one of the most iconic cars and provided one of the most fabled stories in motorsport history. The 7-litre monster took four consecutive Le Mans victories in the mid to late ‘60s, defeating then-dominant Ferrari with the help of legendary figures such as Carroll Shelby and Eric Broadley. Adding to the legend Ford’s impetus was said to be Enzo Ferrari pulling the plug on a deal for Henry Ford to buy the Ferrari firm, putting the Ford boss on a determined quest for revenge.

Many decades later Ford with this GT model sought to create a GT40 for the 21st century, it arrived as a prototype just in time for Ford's centennial celebrations in 2003. Two inches taller than its predecessor, the GT still borrowed heavily from the original GT40’s stunning look. And the new car had a similar mission – to compete with, and surpass, the established European "supercars". It boasts the finest in advanced technologies, as well as is hugely powerful and delivers astonishing performance.

Production ceased in 2006 with just over 4,000 Ford GTs built with only 101 of them delivered new to Europe. Its rarity combined with high performance made it an instant collector's car.

This GT for sale has covered just over 5,000 miles from new, 250 of these since its last service by marque specialist, GT101. GT101 has in fact carried out the last two services on the car with new tyres were fitted only 2,300 miles ago.

The GT was constructed on a lightweight aluminium chassis clothed in superplastic-formed lightweight composite and aluminium body panels. It is powered by a mid-mounted, hand-built, supercharged quad-cam 550bhp V8 engine mated to a 6-speed manual gearbox. It also featuring racing-derived suspension and braking systems. This supercar accelerates from 0-60 in about 3.5 seconds, with a top speed of 205mph. It remains in superb condition with there understood to be no modifications or upgrades to this car.

For more details on the car, and to acquire about buying it, you can visit the Silverstone Auctions website.