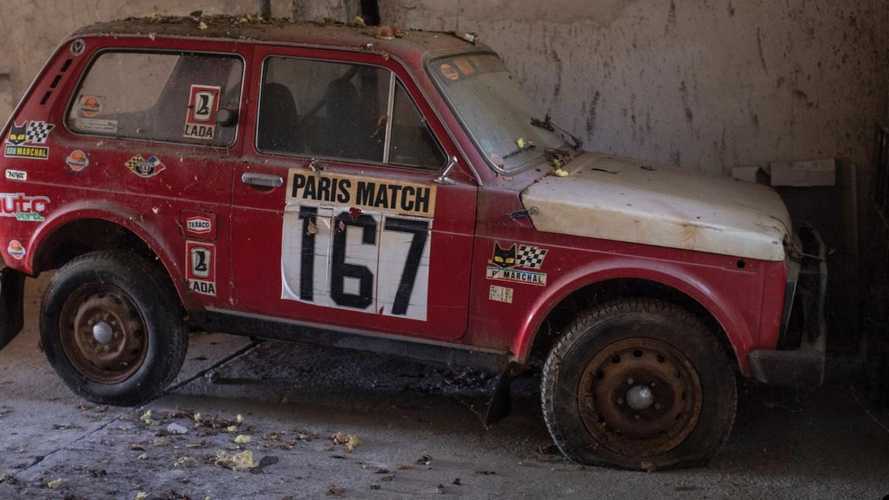 When you think of a Lada, images of Soviet Russia are immediately conjured with the hardy workhorses battling on through the snow. As proven by a man who tried to kill his Lada with Pepsi and other inappropriate oil substitutes, they were built to endure. Strong they may be, but collectable they are generally not. That’s why this particular Lada Niva sold for less than £5,000 ($6,481).

OK, it was in need of some serious restoration, but this Lada Niva had some motorsport heritage to it. The 1979 model battled it out in one of the most gruelling races on Earth — the Paris-Dakar rally.

Bought by François Jeanson and his son, the 4x4 was modified for the 1981 event. Lighter doors, bonnet and boot lid were fitted, along with a larger capacity fuel tank. The most significant modification was the new suspension with plenty of extra travel to soak up uneven sand dunes. While this car ended up dropping out of the race, another Lada actually managed to finish in third place!

The Jeanson family kept the car until 2009 when it was sold to a collector who kept it in its original state. This lot also came with the Lada’s Dakar paperwork as well as various photography and news articles.

This Lada Niva hit RM Sotheby's auction blocks this September with an estimate of up to £75,000 ($97,218) and the expectation of it becoming one of the most valuable Ladas out there. The car was being sold with no reserve, meaning that the final bid when the hammer fell would be the price it was sold for. There was a lot of anticipation around the Lada after plenty of media coverage, but ultimately it sold for just £4,600 ($5,964), some way off the estimated value.

Despite its provenance, rarity, and totally original condition, it would appear that there still isn’t a market for classic Ladas at auction.