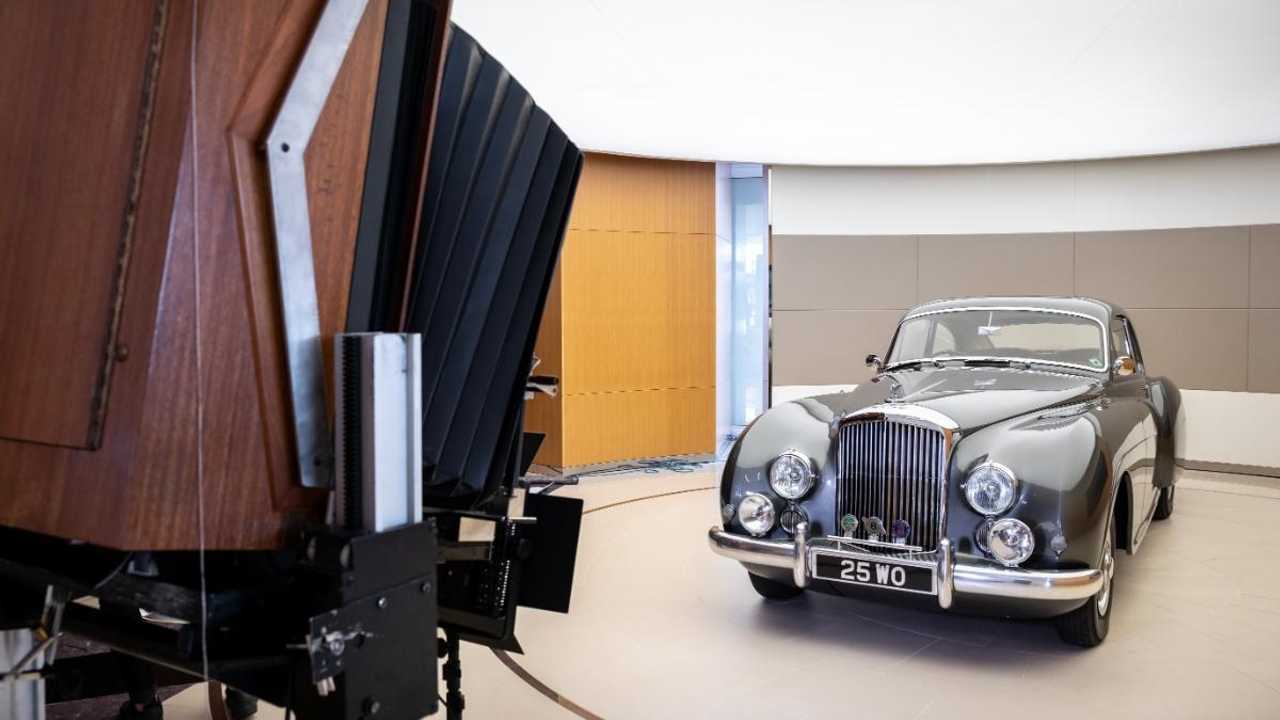 Bentley is preparing for its 2019 centenary celebrations with a retro photoshoot, using a very special camera in preparation for its 30kg opus

Bentley has taken a less than conventional approach to photographing its 100-year history of vehicles, using a rare and highly unusual Polaroid camera to capture images for an upcoming book.

Opus are creating a book a celebrating the car manufacturer’s centenary year in 2019 but, instead of utilising standard modern-day digital cameras to capture images for the upcoming book, the pioneering Polaroid 20x24 camera was used in a special photography shoot of famous Bentley models.

The camera has to be hired from Polaroid directly, and has previously been used to capture Hollywood celebrities and world leaders. Bentley's deployment o the 20x24 camera is the first time it has been used exclusively for an automotive brand.

At 1.5 metres tall and weighing in at 107kg (236 lbs), it’s one of the world’s largest Polaroid cameras, and is one of only five that were built in 1976. Due to Polaroid ending production of the special film required to use the camera, it will now be retired, taking residence in a museum.

Bentley models involved in the shoot included the 1919 EXP 2, the oldest surviving Bentley, a 1952 R-Type Continental, reportedly the fastest four-seat production car when first sold, the 8 Litre of 1930, and the Speed 8 prototype that won the 2003 Le Mans 24 Hours, Bentley’s sixth victory at the race. The final car to be shot was the new second-generation Continental GT.

The Opus book will cover off all of Bentley’s history, with analysis of its Le Mans victories in the 1920s, some of its most famous models, including the ones photographed exclusively, and interviews with the people who have worked for the company since its foundation.

Bentley also hints that it will look at the future of the brand too. Although not as heavy as the Polaroid camera, or a Bentley car, the book will come in at 30kg, with pages that are as large as half a square metres, and gatefold pages measuring two metres across. For more information on the book, due in early 2019, visit www.thisisopus.com/Bentley.