40 years of the unsung pickup that ruled the world 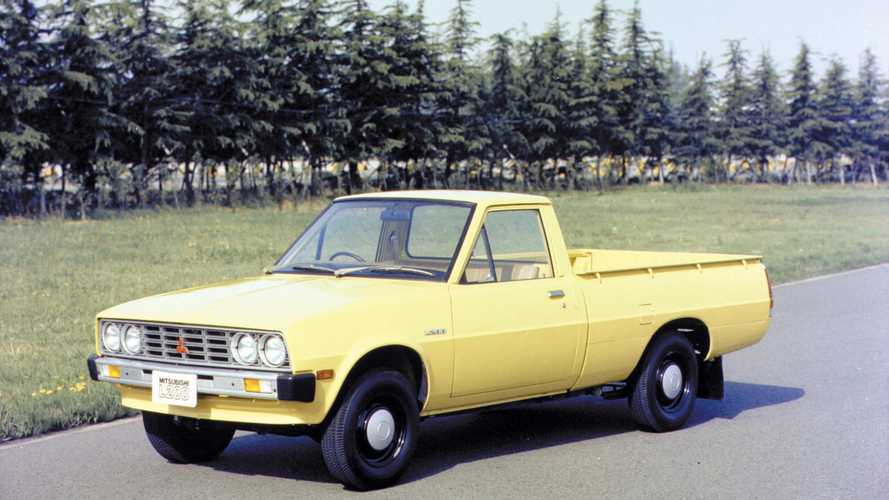 As Mitsubishi’s legendary pickup range turn 40 years old, we take a look back at the origins of why the one-ton pickup remains a great classic purchase

Thatcher’s Government may have been harvesting the powers of darkness for a general election during 1978, but the new magnum force had already set its foundations. And we aren’t talking about Space Invaders.

Over the next four decades, this largely unsung automotive whipping boy would bring mobility to 4.7 million people and prove that steadfast workhorses needn’t be fuel-guzzling vehicles of Americana. Drum roll please, for the Mitsubishi one-ton pickup.

Except, as patriotic British and American petrolheads, we’ve always struggled to appreciate the Mitsubishi pickup. Loyal to our noble Land Rover and gruff Fords, both UK and U.S off-road sites have long witnessed battle between Japanese and homegrown 4x4s. When it boils down to which vehicle can handle all types of road, anywhere on the planet, the victor has always been those who can punch the hardest back in the pub.

Yet, while the Land Rover and various American offerings provided no end of utilitarian charm and currently revel in worshipped classic status, the Japanese stalwart was simply worked into the ground. Some viewed the hardy pickup as a disposable item whereas others regarded the extraneous mainstay purely as a work tool. Once it was damaged or worn or rusted, they simply bought another. Scrapyards were full of Mitsubishi one-ton pickups before they were recycled into bean tins.

Regardless of biased opinion, the Mitsubishi was developed with a pure design brief and successfully stuck to it; to meet the desire of customers yearning for a pickup with outstanding reliability, durability and payload performance. Yet, almost like a Range Rover for the working classes, the vehicle had to provide drivability, utility, comfort and ride quality akin to that of a high-end saloon.

The first models were appropriately named Forte, although you may recognise the first generation as the L200. Boasting a one-ton carrying capacity with the daily practicality of a family sedan, it wasn’t long before the Mitsubishi L200 started to pick up in popularity. As the 1980s beckoned in neon lighting and shoulder pads, the vehicle became a familiar sight from Africa’s sun-baked deserts to Canada’s frozen tundra; especially when the 4x4 variant appeared for 1982.

The 4x4 pickup eventually led to the Shogun and Delica before the L200 pickup was renamed Triton in some markets, cementing the Mitsubishi name firmly in place as a manufacturer of almost indestructible vehicles.

But enough of the history lesson. Where can you find one today, and why should it be worth your garage space?

Well for starters, these things are totally classless. Whereas the Land Rover fraternity boast such a claim, early series Landys and Suffix A Range Rovers are now purely for those with a hefty investment portfolio. The L200 or Triton tells the world nothing about your aspirations, your wallet or your workplace abilities. It blends into the fabric of life – both in town and country.

As a daily classic, the one-ton pickup is practical enough to trump any modern hybrid or crossover and far more consistent as a dependable commuter, if you find a good one. The fan scene may not shout as loudly as those from Solihull or Detroit, but you’d enjoy custody of the classic 4x4 scene's best-kept secret. A true workhorse with historical provenance you can actually rely upon.

Have a scout through the AutoClassics classifieds for your perfect Mitsubishi companion.