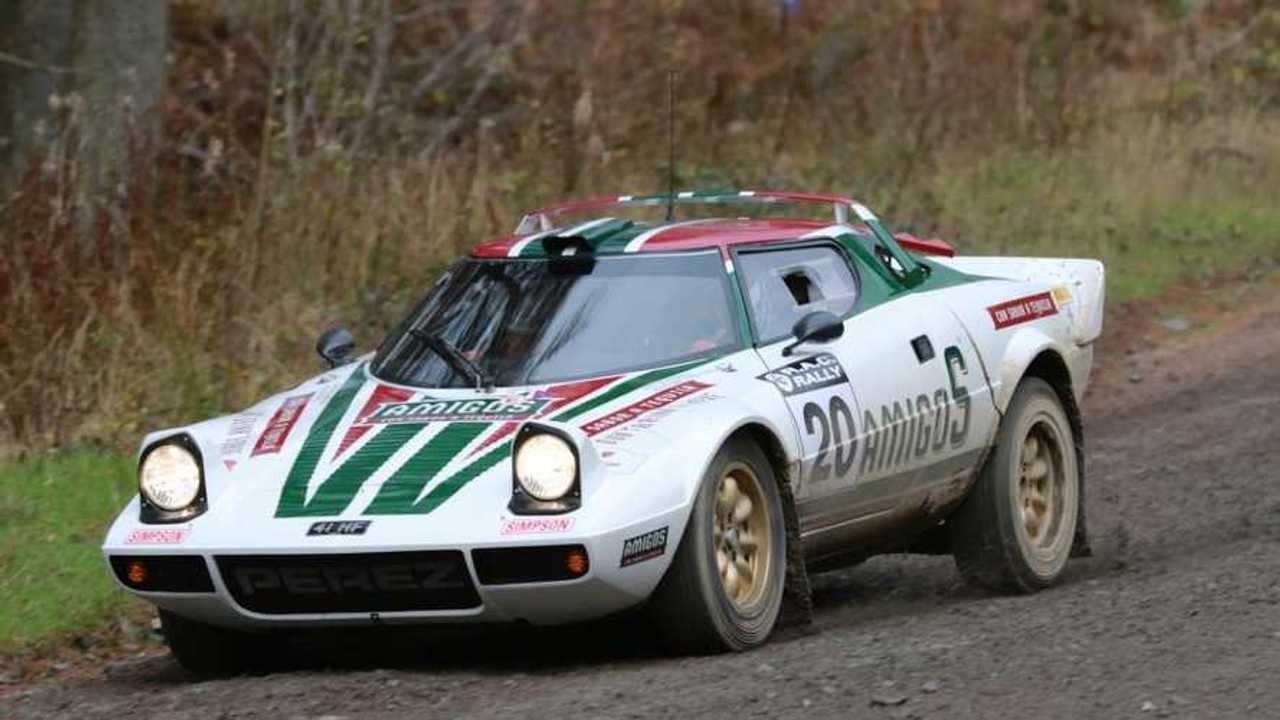 The 2019 Roger Albert Clark Rally will be the toughest yet, with 300 stage miles in five days of rallying when the 12th edition of the rally runs in November next year.

The draft route for the November 21-25 rally takes in around 30 special stages and 300 competitive stage miles covering Wales, England and Scotland. The event will start from Brightwells in Leominster at 1800hrs on Thursday for a leg of more than 20 miles in the Welsh forests in the dark. A further 40-45 miles will run in Wales on Friday with a planned finish from 1430hrs, allowing crews an earlier start on the transport section north.

Saturday’s route remains to be confirmed as there are two options, depending on final availability of forests. The first option takes in some classic Yorkshire forest stages before heading north and west to finish the leg at Carlisle. The second option is a re-start from Carlisle for a day of stages in the southern section of Kielder.

Sunday will be a full day of around 100 stages miles in southern Scotland before Monday’s sting-in-the-tail leg of another 70 miles in the central block of Kielder and an afternoon finish in the Carlisle/Kielder area.

‘We have listened to competitor feedback from the 2017 event and have planned the toughest UK rally for two decades,’ said rally manager Colin Heppenstall. ‘An earlier finish on Friday will allow crews an easier journey north and we will soon confirm which route option we are taking for Saturday. The signs are that people are already preparing for the rally and we think there will be strong demand for entries.’

There will be a maximum field of 150 cars, with 20 of those spaces reserved for overseas crews. An initial deposit of £300 will reserve a place for the first 130 depositors.

Pryce on top in Belgium

Osian Pryce and Jessica Hockley overcame a strong local entry to win the historic section of Sunday’s Escort Rally Special in Belgium. Their Rally Xtreme Escort Mk2 led from the start to win by nearly a minute, despite some final stage problems. Rob Smith (third), Simon Webster, Tom Pearcey and Ben Friend made it five UK crews in the historic top 10.

The 50-year story of the Ford Escort will be celebrated at Brands Hatch on Sunday with a 24-car grid of Mk1s and Mk2s racing in a pair of special Escort-only races.

The grid at the HSCC meeting will be headed by the Mk1 of Greg Caton, three cars for Sean Brown and his sons Daniel and Robert and the Border Reivers entry of Stuart Thorburn.

Mike Hawthorn to be remembered

The 60th anniversary of Mike Hawthorn’s world championship victory will be marked by a parade of race cars through his home town of Farnham in Surrey on Sunday October 14.

‘We plan to run cars in batches around a town centre figure of eight circuit to give spectators the chance to see, hear and smell some serious machinery,’ said lead organiser Michael Ballard. Cars from Hawthorn’s career will be running.

A similar celebration in January 2009 marked the 50th anniversary of Hawthorn’s death in a road accident, just two months after he retired from racing. October’s event will run on the closest weekend to Hawthorn clinching the title in Casablanca in 1958.

AutoClassics is sad to report the death of Graham Lepley at the age of 75 after an illness.

Lepley was a leading figure in national rallying in the 1970s and won many events, notably in the East Midlands including the Tour of Lincs when it was a national status event.

He owned Derby Road Garage in Nottingham and developed a reputation for dealing in ex-works Escorts. He owned and rallied the ex-Roger Clark Escort Mk2, POO 505R.

His sons Richard and Jason followed him into the sport and are both well known for their rallying-based businesses. His grandsons George and James, Jason’s sons, are now competing successfully.

The Vintage Sports-Car Club will take over the Snetterton circuit this weekend. On Saturday, a sprint will form the penultimate round of the Club’s Speed Championship while on Sunday the VSCC’s final Formula Vintage race meeting of the season will be held on the 300 circuit.

Simon and Alister Crook’s run on the Escort Rally Special in Belgium on Sunday lasted barely two stage miles before their Escort Mk2 was sidelined by front suspension failure. The Staffordshire brothers and their crew had worked hard in the run-up to the event to repair the car from damage sustained on their previous trip to Belgium.

Ben Mitchell and Cameron Jackson will continue their head-to-head battle for the Historic FF1600 title at Brands Hatch this weekend in rounds 14 and 15 of 17. When dropped scores are factored in, Mitchell has a 10-point advantage heading into the deciding four races at Brands and then Silverstone in mid-October.

The 2018 Déjà Vu Ulster Rally retro event has raised more than £10,000 for Macmillan Cancer Support and Cancer Fund for Children. The September 1 event featured a cavalcade of 115 cars, including many period rally cars, driving through classic Antrim special stages including Torr Head, led by Walter Rohrl and Paddy Hopkirk.

Kent rally driver Josh Browne and his Welsh co-driver Osian Owen were early casualties on the Escort Rally Special when their Pinto-engined Ford Escort Mk2 had a high-speed off on the opening run of the 20-mile stage. They were unhurt but damage to the car will put Browne’s entry on the Trackrod Historic Cup (September 28/29) into doubt.

Having competed in all four of the Endurance Rally Association’s Alpine Trials, American driver Jim Gately and British navigator Tony Brooks finally claimed the winner’s trophy on the recent 600-mile three-day event. Their 1937 Cadillac completed the challenging final day less than a minute ahead of the 1934 Talbot 105 Alpine of Wilfried Schaefer and Sandra Hubner.