Lamborghini takes Espada and Islero on tour for 50th anniversary 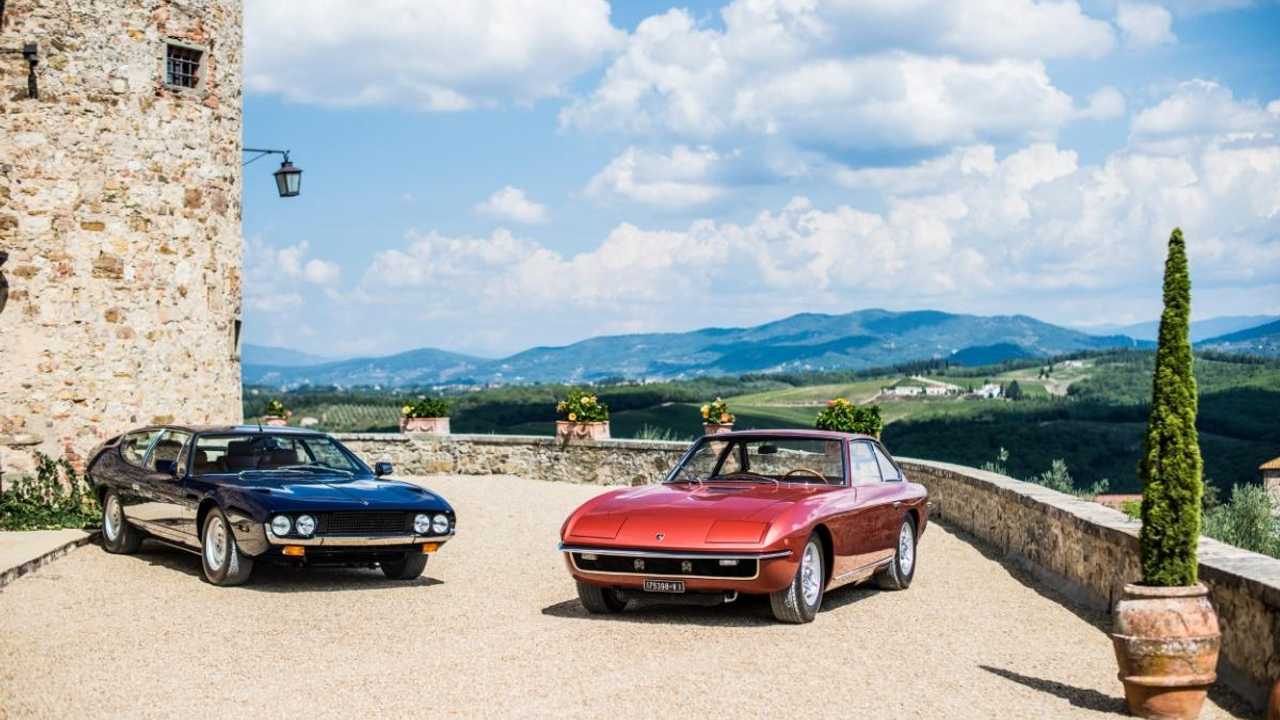 Lamborghini's Espada and Islero models launched half a century ago. To celebrate their historic grand tourers, a group of 20 went on a grand tour through Italy

To celebrate 50 years of the Espada and Islero models, Italian supercar manufacturer Lamborghini is going on a tour of its home country with 20 classic models. The tour started on September 9 in Perugia, covering hundreds of kilometres while heading north through Italy.

The tour was organised by Lamborghini Polo Storico, the manufacturer's heritage preservation and restoration division. Polo Storico is based at the factory in Sant'Agata Bolognese, the same place where the Espada and Islero were produced half a century ago.

The history of Lamborghini on AutoClassics

The Espada entered new territory for the brand as its first car to have four seats. It was a grand departure from Lamborghini's typical template, with the engine sitting over the front axle and a considerable amount of bodywork hanging over both the front and rear ends of the car.

The Islero also included four seats, but in a 2+2 configuration that put the emphasis on the seats being filled by small children or luggage. It was powered by a 3.9-litre traditional Lamborghini V12 engine, and only 225 cars carrying the 'Islero' badge were made in total.

Passing through Perugia, Orvieto, Assisi, Tuscany and Emilia-Romagna, the classic cars went through some of the most picturesque scenery in Europe, from mountain roads to busy city streets. Present on the tour was Lamborghini's chairman and CEO, Stefano Domenicali, who picked out several cars and owners for special recognition.

An award for the car owned for the longest by a single owner went to a 1973 Espada Series 3, which has been under the same English ownership since 1977. It was previously used for the school run and seen as 'part of the family', and like any loving parents would, the car was restored recently and then took on the tour to celebrate the owners' own 50th wedding anniversary.

A rare Series 2 Espada travelled the furthest distance to reach the tour, coming from and heading back to Oslo in Norway in a round trip of 6000km. The most 'faithful' model to the Lamborghini factory was a 1968 Islero S, one of only 70 of the 'S' variant and one of an even smaller number equipped with right-hand drive.

The original owner drove it to Sant'Agata Bolognese from England every year for servicing after purchasing it in 1969, with his son taking over the responsibility after the car was handed down to him in 1993. Lamborghini brought two museum pieces to the tour, an Espada Series 3 and an Islero, both in full working condition.