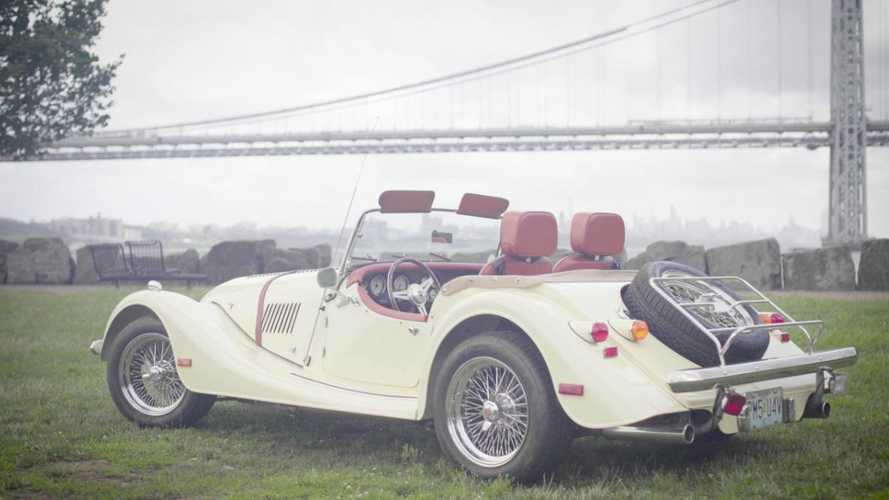 A Morgan V8 Roadster specially commissioned by the Balvenie distillery is being sold at auction by Christie’s later this month, with several bottles of rare Balvenie whisky and a trip to the distillery itself accompanying the car’s sale.

One of several Balvenie-branded Morgan vehicles exist in the United States, plus a more recent one-off UK edition equipped with a Ford V6. Offered for sale is one of its V8-powered American cars.

The Balvenie Morgan’s ivory exterior colour was custom-blended rather than using off-the-shelf factory paint, while its tan interior mimics the colour of Balvenie’s primary product contained within its bottles and casks. Custom stitching also adorns the interior, including the headrests.

It’s not only the car which is included in Christie’s auction lot however. The winning bidder, should they be UK based and import it, will be able to drive their newly acquired Morgan up to Dufftown, in the famous whisky region of Speyside in Scotland where Balvenie’s distillery is located, for a behind-the-scenes tour of their facilities.

There’s also a very good reason why this car isn’t even featured in an automotive auction. Rather, it forms one lot of Christie’s Wine Online sale, and the Morgan isn’t even considered the primary draw in this case.

The Balvenie DCS Compendium Chapter 4, a five-bottle collection of rare whiskies ranging from 1971 to 2009, is top billing in the lot it shares with Balvenie’s Morgan. With bidding expected to exceed $150,000, it makes this whisky collection worth around the same as the Morgan, assuming you give the distillery tour a negligible value.

‘With an estimate at $100,000-$150,000, this is the highest value lot ever to be offered in this category for an online sale,’ said Chris Munro, Christie’s Americas wine department head. ‘It’s also an interesting lot for us, as it combines luxury handcrafted goods with a one-of-a-kind experience, making a lot that is already extremely exclusive even more enticing.’

Brand new vehicles have long been offered with incentives to push sales but, for classic cars at auction, this is rather more unusual. So long as the Morgan and the whisky are enjoyed separately, rather than at the same time, it’s an interesting way to sell off a modern classic.