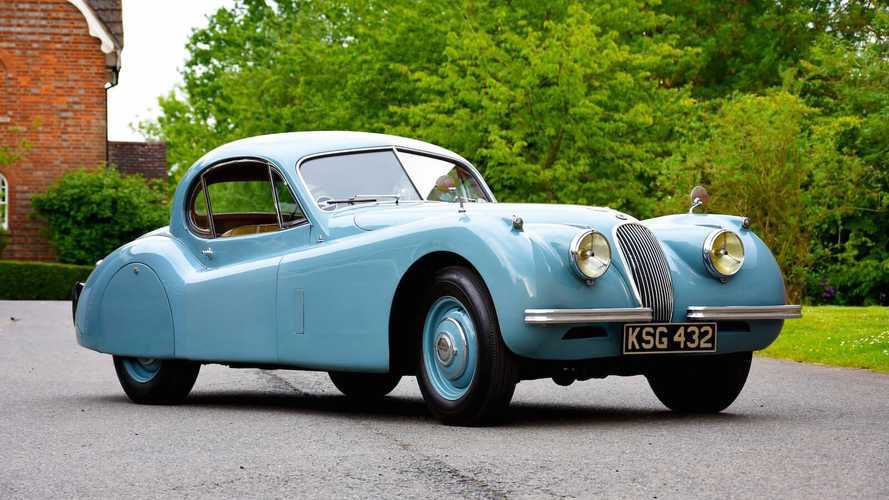 DM Historics has announced the acceptance of one of its rather special vehicle for this year’s Pebble Beach Concours d’Elegance on Sunday August 26.

Founders Dominic and Marcus Holland will be displaying a totally original 1953 Jaguar XK120 Fixed Head Coupé on the hallowed Pebble Beach lawn, among a gathering of the finest and most exceptional vehicles from across the globe.

Showcased in the Post-war Preservation Class, the drop-dead gorgeous XK120 was selected over fierce competition from worldwide entries, due to its exceptional levels of originality.

First registered on July 16, 1953, Jaguar XK120 #669035 was delivered to Mr Douglas of Aberfeldy, Scotland. The Big Cat then went on to live in air-conditioned storage with ties to the Ecurie Ecosse racing team, before entering custodianship of renowned Jaguar enthusiast Robert Kerr. As if that’s not quite enough provenance for you, the car also featured prominently in Philip Porter’s Original Jaguar XK: The Restorer’s Guide.

Throughout the decades, chassis #669035 remained in remarkably original condition as a direct result of enthusiast ownership. The Jaguar’s factory-original Pastel Blue paintwork gained only minor blemishes in this time, and now boasts an unrepeatable patina look. The biscuit-coloured interior trim has withstood the test of time with aplomb, too.

Components that so often perish with use and age have escaped daily punishment, such as the interior burr walnut wood dashboard and door cappings, and exterior chrome work. All of it has aged beautifully. No scuffs, splinters or delamination here, no sir!

DM Historics prepared the XK120 for both the Pebble Beach Concours and the famous Tour d’Elegance that precedes it – a famed 17-mile drive in which the stars of the Concours take to the twisting coastal roads of the Monterey Peninsula. This proves the vehicle is in exceptional mechanical condition without breaching originality. It’s the most fantastic test of mechanicals ever witnessed.

However, the Pebble Beach Concours d’Elegance is just one event in which the team is involved during Monterey Car Week. Marcus Holland recently completed the Motoring Classic Rally in a stunning 1963 Jaguar E-type Series I, prepared by sister company E-type UK.

This 1500-mile rally is not for the faint hearted. Beginning near Seattle, Washington, passing through unforgiving mountain gradients towards the Pacific Northwest coastline, before arriving at Pebble Beach, the rally remains notable for testing both the patience of man and usability of machine.

Pebble Beach marks the beginning of concours season for DM Historics and E-type UK, with both firms displaying at the likes of the Concours of Elegance at Hampton Court, Salon Privé and The Warren Concours d’Elegance.

Holland said: ‘We are absolutely thrilled to be a part of one the most respected and coveted concours events in the world, and especially in the Post-war Preservation Class.

‘At DM Historics we pride ourselves on dealing with historically significant classic vehicles from a variety of marques. Retaining the unrepeatable character of exceptional original cars such as the XK120 is always a great honour.’