Tucker 48s to appear at Pebble Beach for the first time 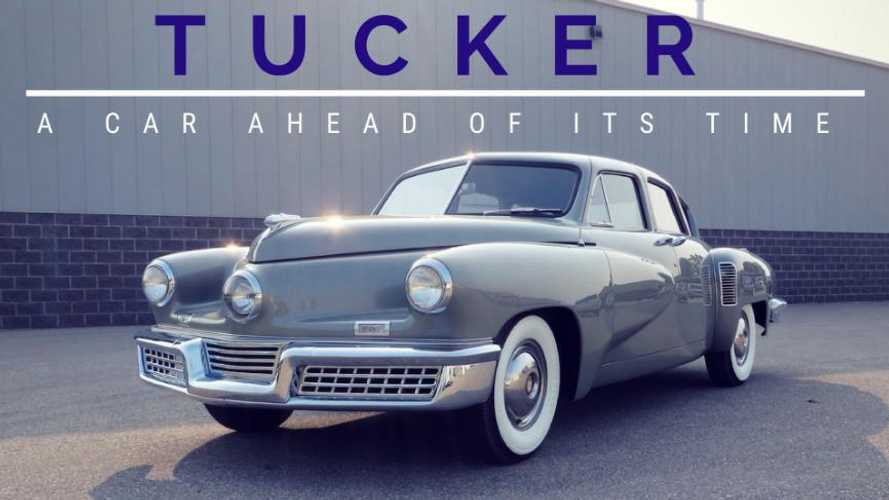 Californian concours has never before hosted a Tucker 48, but this year no fewer than 12 examples will be taking to the hallowed turf on August 26, 2018

Preston Tucker was something of a 1940s’ visionary, crafting no end of innovations for his ‘car of the future, today’ – the Tucker 48. In all only 51 of these revolutionary saloons were built, and today most of them rarely see the light of day. However, a dozen of these ground-breaking cars will appear in a first-time feature class at the 2018 Pebble Beach Concours d’Elegance on August 26, 2018.

There’s never before been a Tucker 48 on the fairway at Pebble Beach, but all that will change this Sunday. The 12 Tuckers set to take to the hallowed turf include:

The original Tucker test chassis, displayed courtesy of the Antique Automobile Club of America (AACA) Museum, provides a rare look at the underpinnings of the car and its innovative technology. The same museum is bringing the only remaining ‘Tuckermatic,’ a Tucker equipped with an automatic transmission.

As a true highlight for history buffs, the Henry Ford Museum is set to bring a Tucker that was completely disassembled by the Detroit News during a heated libel suit with the company following the infamous SEC Grand Jury case. An additional nine Tucker 48 sedans will also be on hand at the concours.

Not only that, but an exclusive screening of the newly remastered 30th anniversary edition of Francis Ford Coppola’s classic Preston Tucker biopic, Tucker: The Man and His Dream, starring Jeff Bridges in the title role, will take place on Peter Hay Hill on Friday, August 25 at 6.30pm.

Some 70 years after the company’s founding, and 30 years after the launch of Coppola’s still-popular film, it’s time to honour a bold effort by a flamboyant but sincere promoter who tried his best to shake up the Big Three – and nearly succeeded.

The mad story behind the Tucker 48

Many people think they know the Tucker story, but most have it wrong.

Common consensus credits Ferdinand Porsche with crafting the world’s first mass-produced, rear-mounted, flat-six engine car with rear-wheel drive. Yet this is wrong. In fact, an American gentleman by the name of Preston Tucker beat him to it.

In the aftermath of World War Two, the United States was suffering. The car industry, like most other sectors, was surviving on designs and styling signed off before the war. While some rolled outdated technology from their factory gates, Preston had other ideas. He saw the nation’s plight as both a problem and a challenge.

With the steadfast belief that cars of the time were unsafe and inefficient, he aimed to drag the American automotive industry into the modern era. However, things didn’t go according to plan.

The rumour mill exploded with the belief that Preston was a crook and that his project was merely a Ponzi scheme to rob investors of hard cash. Just as Tucker was tooling up for mass production, a Grand Jury investigation into possible stock manipulation brought everything to a halt.

Fuelling the urban legend that America’s Big Three – Ford, General Motors and Chrysler – deliberately attacked Tucker with bogus claims, Preston was acquitted of all charges. Sadly, despite the positive outcome, all the car’s funding was gone and the company went into receivership.

The loss robbed the buying public of a rear-engined, full-sized saloon with streamlined postwar fastback styling, unit body construction and omni-directional centre headlamp. Safety was also a big factor in the Tucker’s design – seatbelts and safety crash padding were installed in all 48s. We wonder how many deaths could have been avoided on American roads had the car become mainstream.