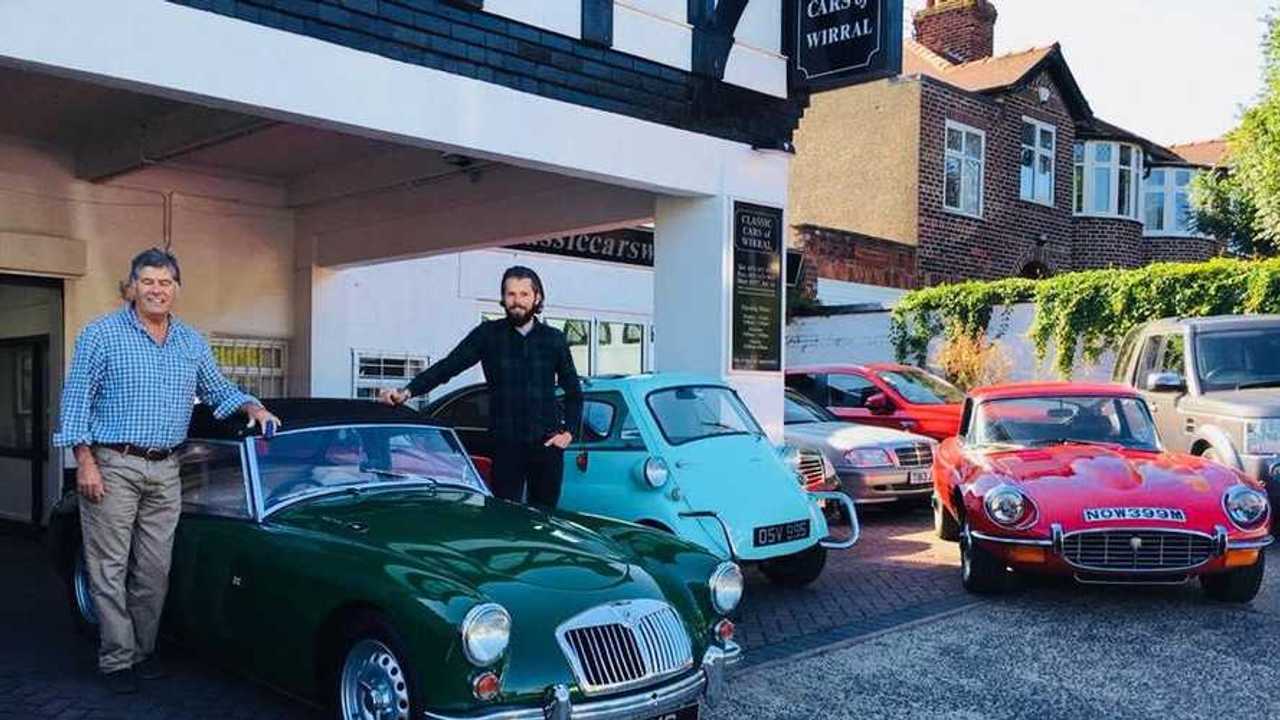 James Davis had to part with the family MGA to raise funds towards his dad’s Alzheimer’s care. The car was thought lost, but the story has a happy ending

For whatever reason, we’re often separated from the cars we love. Time’s onward march and life’s major challenges take their toll on the classic vehicles we grew up with. Finances are plunged into setting yourself up in life, is often lost, while time is dedicated to more important aspects of life – primarily family.

The most painful goodbye is a forced one, especially if the classic vehicle remains rooted deep within your domestic heritage. Almost every petrolhead will have tried to track down their once noble steed, that first love affair with an automobile. More often than not that vehicle is one that belonged to your parents and, sadly, the answer is often heart wrenching.

Such was the situation for James Davis. His father bought an Abingdon-built 1959 MGA Twin Cam in 1964, then exported it to Barbados in 1980. The globetrotting didn’t stop there, with a move to Canada in 2010.

The MGA Twin Cam was then sold to an enthusiast and classic car dealer in the US – but sadly it wasn’t through choice. James had to find funds for his father’s Alzheimer’s care. Watching the MGA depart from his family’s care was very painful, and something with which many of us can sympathise.

It’s funny how we find ourselves thinking about the cars we once had, memorising the registration numbers and casting an image of perfection in our minds – even if the vehicle was held together purely by hope. This is what made it all the more painful for James – the MGA had been in rude health under his father’s care. Now, somewhere out there, someone else was reaping the benefit of his work.

He assumed the MGA would be lost to the ether of society, locked away in a garage or worse; run into the ground by an individual who demonstrated little mechanical sympathy. Amazingly, fate had other ideas.

On Sunday August 5, 2018, James was browsing eBay following a pang of MGA nostalgia – and there it was. He inadvertently stumbled across his father’s cherished classic as it sought a new home.

He frantically messaged the dealer to explain his story, and the seller offered to let James view the car. Furthermore, once James mentioned that he’d never actually driven the MGA, the dealer insisted he get behind the wheel.

It’s situations such as this where our emotions stop the world from spinning. Reunited with his father’s pride and joy, and having spent two hours in its company, James’ heart ruled the head. He had to buy it back.

An agreement was struck and the online auction was ended early. And, as we have all done at some point, James set about begging and borrowing funds to acquire the vehicle.

‘I believe in fate, destiny and karma. So whilst I am lucky enough to be the custodian of this car, I will make and share new memories with family and friends alike. I’ll do this in honour of my dad and his memories – he is the reason I love cars so much!’ James posted on the MGAlzheimers Facebook page.

‘I’ll also be raising awareness of Alzheimer’s, an incredibly cruel disease. I am leaving the car to the Alzheimer’s Society in my will for them to sell and re-invest; hopefully they will have found a cure by that point, but much needs to be done to support sufferers and their support networks.’

AutoClassics hopes to speak with James very soon to discover the full background story. Meanwhile, we wish you all the best out on the road with your father’s MG, James! Find out more here.