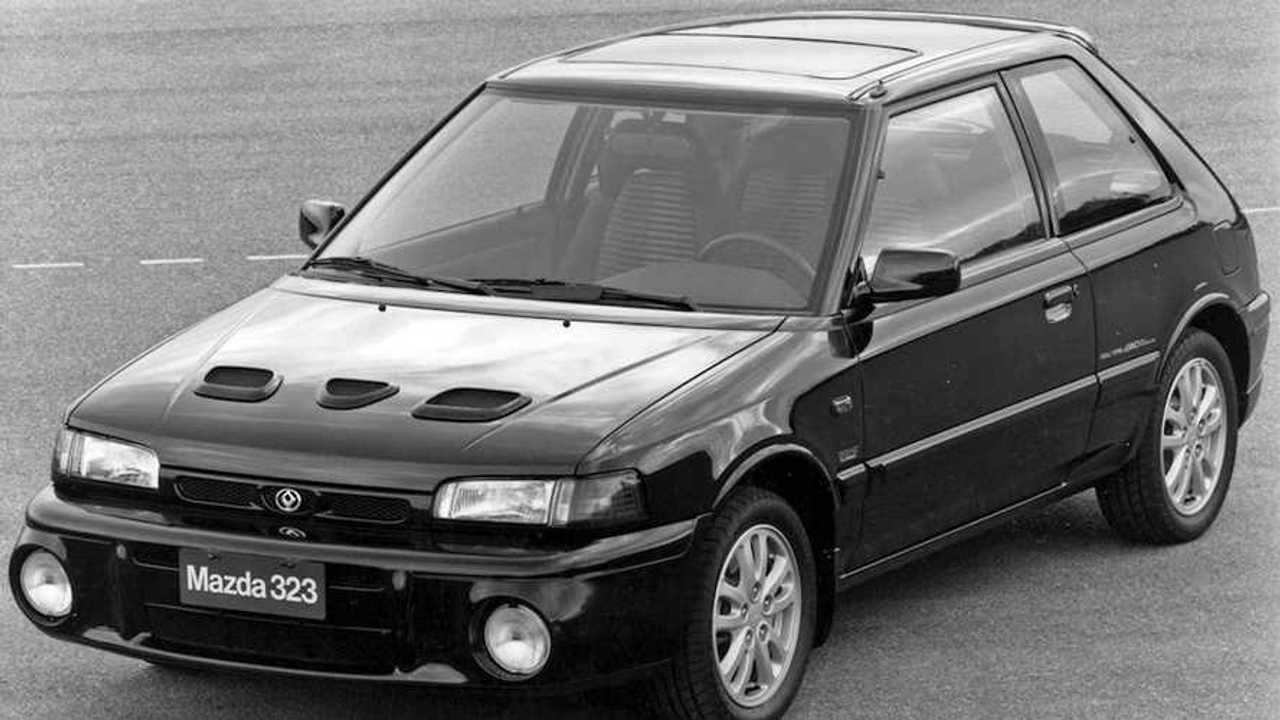 Quicker than a Golf GTI, rarer than most Ferraris and with AWD benefits, the 1980s 323 Turbo makes a truly unique proposition at a relatively bargain price

The fifth-generation incarnation of Mazda’s long-running entry-level 323 was launched in 1985. Although a decent daily driver that offered fuss-free motoring for families on a budget, little differentiated it from the rest of the field. That is, except for one variant – the turbocharged 4x4.

Mazda was looking at entering rallying for the ’85 season, and it decided the new 323 would be the ideal platform from which to start. First off, it fitted a turbocharged version of the existing 1.6-litre 16-valve motor, which pushed power up from 108bhp to 148bhp (138bhp for US variants). A permanent four-wheel-drive set-up featuring a lockable differential was added, the track widened, and the suspension comprehensively uprated to better cope with the additional power.

Bespoke interior trim and a go-faster bodykit completed the package, but the model remains a real Q-car compared with the aggressively styled hot hatches on the roads today. A suitably modified version did compete with some success in Group A between 1986 and 1991, achieving a best placing of third overall in its class in the ’89 season.

Of the approximately 5000 road-going versions produced, 500 were shipped to the UK. These proved a bit of a hard sell, thanks to being priced higher than a contemporary VW Golf GTI. Many have since met their maker; fewer than 80 remain registered in 2018, and of those a mere nine are still licensed for the road. While front-wheel-drive variants of the turbo were sold in some markets, the UK was limited to the 4x4 variants – which is no bad thing.

It may be based on a wallet-friendly family car, but the 323 Turbo nonetheless possesses the prerequisites for collectability – namely rarity, an interesting history and unique technological features. Good ones are unlikely to drop in value, so now is a good time to buy.

The turbocharged inline-four is based on the DOHC 16-valve 1.6-litre engine that was used in standard form on several Mazda and badge-engineered Ford products in the 1980s and ’90s. Parts are still available, and the motors tend to be reliable if regularly maintained. The distributor is of the old, mechanical type, and can cause erratic ignition timing if faulty.

Cambelts need to be changed regularly, and according to specialists some cars could suffer from a broken crank during belt changes due to a manufacturing fault. It’s unlikely that this issue would occur this far down the line, and early MX-5 cranks are a direct swap if it does.

Some owners may have fitted aftermarket exhausts, performance software and other modifications over the years. However, while the engine can handle some extra boost, it is best to avoid overly modified examples.

The gearbox was a five-speed manual and, according to some specialists, not particularly robust. Rebuilds are common on higher-mileage cars, and the clutch tends to take a lot of strain thanks to the additional torque from the turbo motor.

The transfer case has a separate fluid supply to the gearbox, and if left unchecked it can lead to premature wear and eventual failure. Check whether the rear output shaft has excessive play in it, as this could mean that the bearing is about to let go.

The 323 Turbo features a comprehensively updated suspension set-up, with stronger springs and uprated shocks over the standard 323’s. It also has a wider track, and the four-wheel-drive system is unique to this model, too.

Aside from the cracked rubber mountings, leaking shocks and corroded springs that can be found on most cars that are over 30 years old, the suspension is rugged and should not need work on well cared-for examples.

The brakes are discs all round, and pads are easy to source. However, changing the front discs is labour intensive, as they are situated behind the front wheel hubs and are tough to get to.

The bodykit cannot be easily sourced, so make sure it’s intact. Most of the rest of the bodywork is shared with other 323 models, so these panels can be easier to find.

Rust is a problem on these cars, so be sure to check the usual trouble spots such as under the wheelarches, around the door frames and especially around the rear hatch where it meets the window glass. Blocked drainage holes around the underside of the doors can also lead to rot.

Aside from the sporty front seats with their narrow headrest sections, and some minor trim differences, the interior is largely as you would find in a ‘vanilla’ 323. Most surviving cars should have been well looked after, but make sure that all the electrics are working correctly.

The dash and centre console plastics are hard and cheap, as you would expect, but aside from a propensity for the air vent slats to break off, they should stand up well to years of use.

Very few Mazda 323 Turbos have survived the intervening 30 or so years since they were first introduced on the local market, so being picky is not a luxury you can indulge in. The ones that do pop up for sale tend to be well cared for, and you can also extend your search overseas; in the US, for example, 1243 Turbo 4x4s were sold badged as a 323 GTX. Due to the generally low values, it’s best to look for a decent example rather than attempt to restore one in poor condition.

Released at a time when turbocharged four-wheel-drive hatchbacks were a quirky side show rather than the main event, the 323 Turbo was well ahead of its time. Despite its undeniable charms, those unassuming looks and non-premium badge have kept values low. Even the best examples fall well within the affordable classics category – and if they have been cared for, these little turbo hatches are a great left-field modern classic.

Looking to buy a classic Mazda?