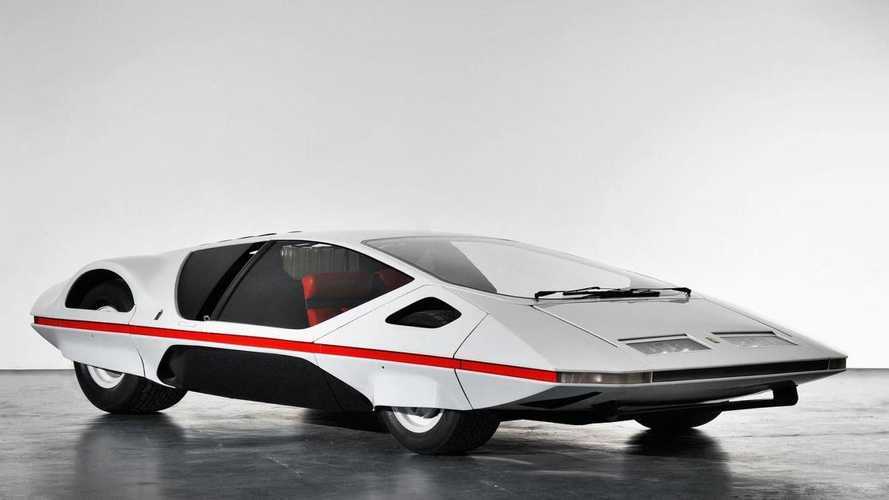 Built on a Ferrari 512S chassis, Pininfarina debuted its Modulo concept at the 1970 Geneva Motor Show as nothing more than a geometric design study, with no intention to create a working car or watered-down production version.

Glickenhaus purchased the car from Pininfarina in 2014, with a goal of running the Modulo under its own power. After a successful stripped-down test last month, it descended onto public roads in full aerodynamic dress, something not even achieved in-period.

Though Glickenhaus is a collector he doesn’t plan to stash the Modulo away for safe keeping. Far from it, as the Modulo will be shown during Monterey Car Week for all to see, lined up on the Pebble Beach Concours d'Elegance lawn with other Ferraris.

Designed and built in Pininfarina’s Modena Style Center, it was ferried around the globe, representing Italian design at the Osaka Expo in 1970, moving on to Mexico City a year later.

Thought it was non-functional as a road going vehicle, it was still equipped with a 550bhp 5.0L Ferrari V12, which was removed after its sale to Pinfinfarina, then retrofitted with a 512S motor by Glickenhaus.

Practicality definitely wasn’t in the minds of Pininfarina’s designers, with sweeping fairings enclosing its wheels and a recessed central seating position making extricating oneself from the vehicle a gymnastic exercise.

Scuderia Cameron Glickenhaus, the eponymous preparation firm run by the Modulo’s current owner, is also working on a retro-style V8 sports car dubbed SCG 006, which takes heavy styling cues from the Ferrari 275 GTB/4 NART Spider as well as a modern take on the Baja Bug made famous by Steve McQueen.