Could this be the best-preserved Derby Bentley in existence? 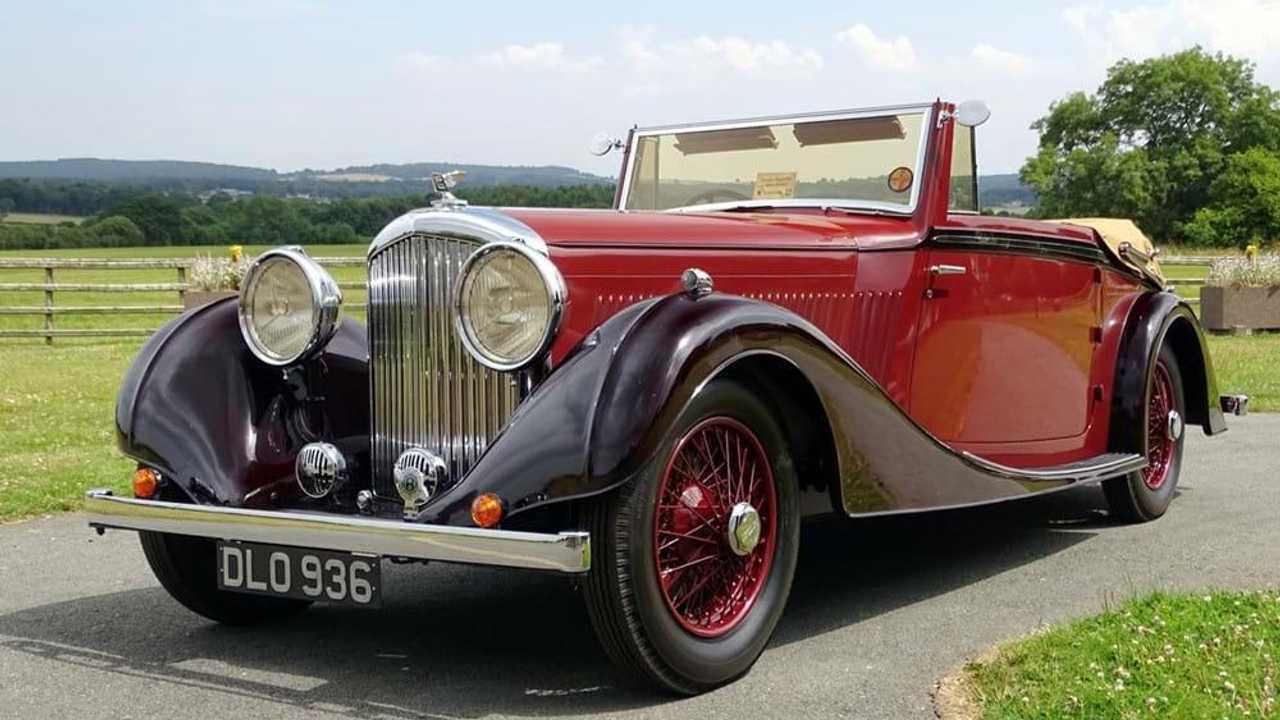 H&H Classics is sending an original 1937 Bentley 3.5-litre Vanden Plas to auction on October 17, and it might be the best-preserved Derby Bentley on the planet

Claiming this Bentley as ‘the best and most original’ is a bold statement from H&H Classics auctioneers, yet their claim seems realistic. This 1937 3.5-litre Vanden Plas has enjoyed just three owners and covered only 15,500 miles – that’s just 191 miles a year!

Furthermore, the Bentley is notable as the last of only four 3.5-litre variants to wear Vanden Plas Drophead Coupe coachwork. Not enough art deco grace for you? There’s original two-tone red paintwork and red leather upholstery – not to mention a long list of original components ranging from its engine and gearbox to suspension, brakes, and even chassis paint!

A little bit of history…

It was first registered as ‘DLO 936’ on 1 March 1937, and supplied new to Robert S Hayward who covered a modest 11,000 miles aboard the Bentley, before offering it for sale via a small dealership in Edinburgh.

It was then spotted by next owner W Randolph Angell Esq, who found himself awestruck, as detailed in his memoirs.

‘How does one cope with blind passion? I was a ruined man. A visit to the showroom for a closer look was devastating. The car was immaculate, perfect, with tonneau covers and spares etc which had never been used. The asking price was beyond my means and in any case, I had no driving licence or any sensible place to keep the car even if I were able to acquire it.’

Yet he persevered and found the money in a panicked state, not long after word reached him of an interested South African collector who was also pursuing the vehicle. Only after purchase did he take up driving lessons...

Angell then acquired a Riley Kestrell 15/6 and Jaguar E-type V12 roadster, keeping the Bentley off public roads and in professional storage. Parked up for over 30 years, the luxury tourer was sold by Mr Angell’s heirs in 2013, falling into the hands of the current owner that October.

How did it remain so original?

The car was clearly in good hands, the vendor recommissioning the 3.5-litre Bentley to an almost obsessional degree. For example, he spent a week soaking the original fan belt until it could be reused. Almost everything was saved, the only casualties resulting in replacements for several spark plugs and a leather gaiter.

Its current owner enlisted the help of renowned Derby Bentley expert Ken Lea, who also serves as the WO Bentley Memorial Foundation’s Chairman of Trustees. Lea carried out a first-hand inspection and advised on works, surprised by how well the ash frame chassis and original engine's condition had held up after so many years.

One area where originality had to be compromised was the installation of new wiring, mainly to prevent such a rarity going up in flames. And we can't have that, now can we?

How can I buy it?

The Bentley is up for grabs during H&H Classic’s next auction at the Imperial War Museum, Duxford in Cambridgeshire on October 17, with a sales estimate of between £450,000 to £550,000.

You can find out more here.

Only up close can you appreciate such strong originality and state of preservation. A testament to its three custodians – Robert S. Hayward (1937-1954), W. Randolph Angell (1954-2013) and the vendor (2013-present) – this may well prove to be the most original and best preserved Derby Bentley on the market.

Gallery: Could this be the best-preserved Derby Bentley in existence?