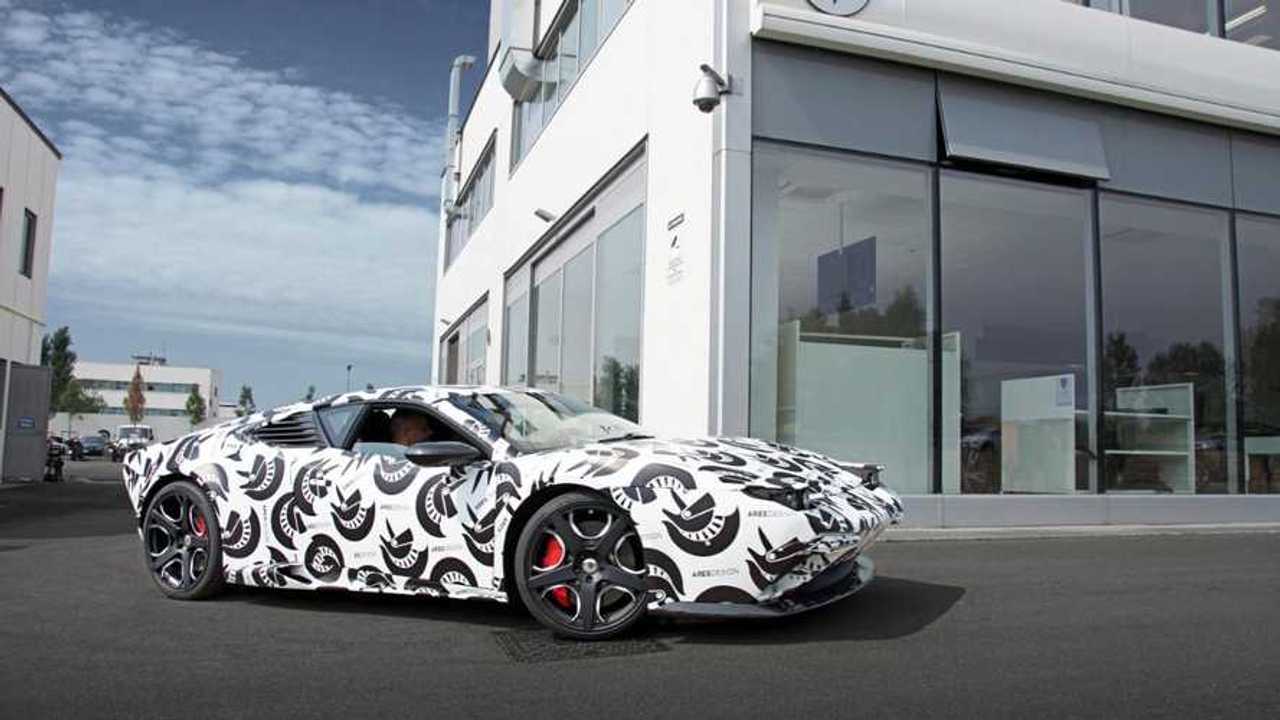 The first pictures of the De Tomaso-inspired limited-edition supercar prototype from ARES Design, the Italian coachbuilder headed by former Lotus CEO Dany Bahar, have been revealed – and it certainly pays strong homage to the iconic 1970s Pantera.

AutoClassics received a sneak preview of the styling buck in January 2018, but this is the first time that a working car has been seen. It was photographed during its final weeks of handling and ride set-up on the roads of Emilia-Romagna in Italy – and clothed in ARES Design ‘war helmet’ logo livery.

Just 21 ARES Panthers will be built from October 2018, with a starting price of €515,000. All the 2018 build slots are said to have been ordered, with production of each car taking around 24 weeks depending on the level of personalisation requested. Interestingly, ARES says that the Panther is the first creation from its Legends Reborn series – ‘a programme that will deliver unique automotive projects focused on the resurrection of iconic sports and supercars’.

The Panther is based on the underpinnings of the Lamborghini Huracán, and features all-new carbon-fibre body panels on a carbon-fibre/aluminium chassis. The style emulates that of the original Pantera, although the new car is significantly wider than the original De Tomaso.

The wheelbase, however, is just 12cm longer – one of the reasons why the Huracán was chosen as the donor – so the Panther has ended up just 10cm longer than the original. The extra 4cm at the front and 6cm at the rear allow the designers to retain the characteristic Pantera upswept rear profile.

To achieve the correct profile, the A-pillar had to be moved back by 10cm to give the appropriate Pantera-style rake to the windscreen, and the original car’s characteristic side air intakes and pop-up headlights have also been incorporated.

Inside, the square shape of the instruments – square pods in the original – and the large vents in the centre of the dashboard, as well as the leather stitching around the fascia, all emulate the De Tomaso’s. You’ll find more pictures here.

The 5.6-litre Lamborghini V10 is uprated to give 650bhp and 560Nm, with talk of further boosts in performance as developments continues. Much of the work so far has concentrated on improving throttle response, as well as gearshift speed from the seven-ratio dual-clutch transmission.

‘This is a really exciting moment for us,’ said Dany Bahar, ARES Design founder and CEO. ‘Within just six months of announcing the Panther project, we have our test car on the road and are ready to present to the world our expression of a car that I dreamt of as a kid. The ARES Panther will be the perfect blend of old-school charm and charisma, underpinned with an iconic modern chassis, and clothed in full carbon.’

Design, development and production of the Panther all take place at the new 18,000-square-metre ARES Design HQ in Modena. Officially opened in January 2018, the facility is focused on the creation of personalised and ultra-low-volume cars.

Matteo Vezzani, the newly appointed technical director of ARES Design, said: ‘This car is a showcase of ARES Design’s capabilities. From the very first statement of intent to the shakedown people have been fascinated by this project, and I totally understand why. One of the most significant characteristics of the ARES Panther is its voice. The sound produced from the naturally aspirated V10 engine is nothing short of a roar. Super sporty, throaty and head turning; the team has done an incredible job in creating a stunning-sounding, beautiful-looking car.’

There are more details on the ARES Design website.