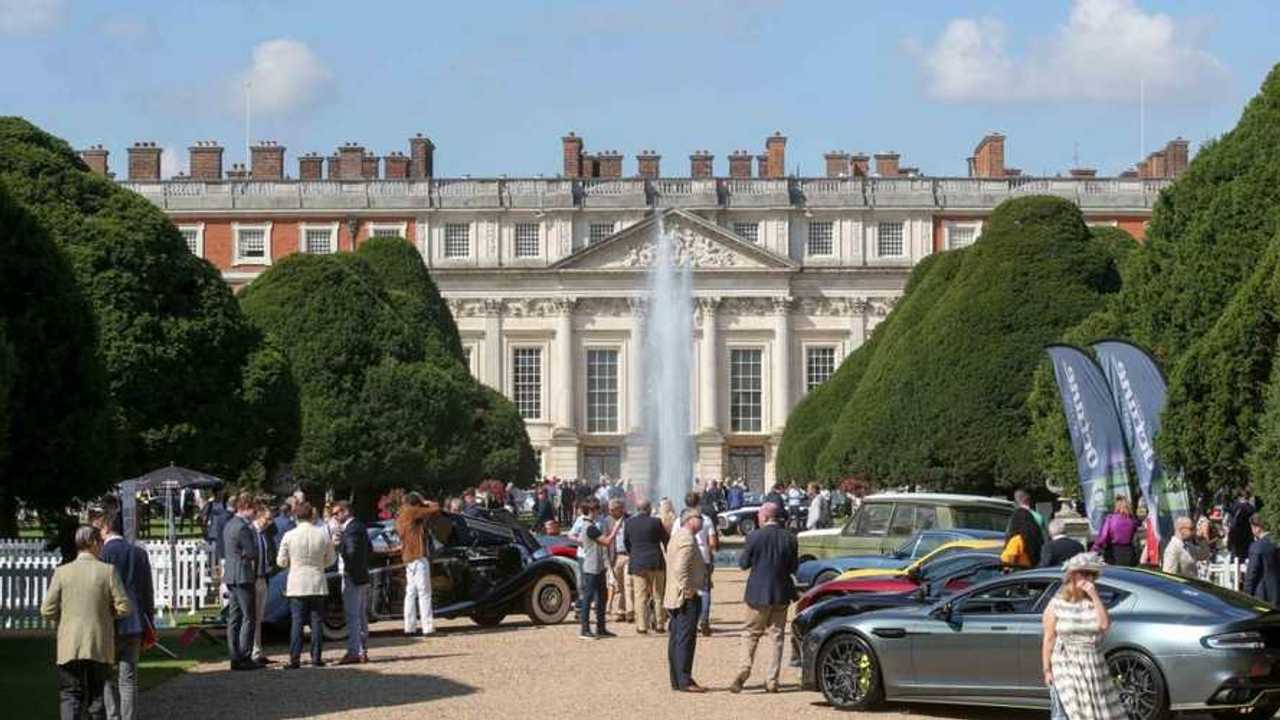 Want to visit one of the most prestigious events in the world, the UK’s Concours of Elegance? Here’s how – and there’s a two-for-one ticket offer as well

Having started at Windsor Castle in 2012 to celebrate the 60th anniversary of the Queen’s coronation, the concours then visited London’s Royal Palace of St James in 2013, Hampton Court Palace in 2014, the Palace of Holyroodhouse, Edinburgh in 2015 and back to Windsor in 2016.

Last year it returned to Hampton Court Palace, and will continue there for another five years. For 2018, the three-day event takes place from Friday August 31 to Sunday September 2. AutoClassics readers can buy two tickets for the price of one here by quoting AUTOCLASSICSVIP.

The centrepiece of the event, as ever, will be the display of 60 of the most important cars ever made, this year including Figoni et Falaschi Rolls-Royces, rare vintage Bugatti prototypes and Ferraris once owned by icons of Hollywood. All this takes place in the historic gardens of the former residence of King Henry VIII, on the outskirts of west London.

Other highlights confirmed so far include the following:

Every body panel and piece of interior trim is as it was when this 105-year-old car was built, and it’s been owned by the same family for its entire life. It feature three types of lighting: gas for the headlights, electric for the interior and oil for the rear red lamp.

Four of these 3-litre eight-cylinder cars Ballot cars were produced for Grand Prix racing in the 1920s. This example won the first-ever Italian Grand Prix, in 1921, and was also owned by Sir Malcolm Campbell, who raced it at Brooklands in 1923.

Many refer to this car as the finest in the world. Based on a 1927 Mercedes S-type, the unique Boat Tail was one of the most powerful road-going automobiles in the world in period. It was originally owned by racing enthusiast and British Racing Drivers’ Club co-founder Earl Howe, and moved to the USA in 1958. It’s returning to the UK for the first time for the Concours of Elegance.

This example is one of ten Riviera Phantom I cars built, and the only one specified by its owner with gold-plated exterior trim, It was bought by Irene Schoelkopf Carman in 1929, and also comes with a few of her ‘optional extras’, including a Dunhill lighter, an intercom for communicating with the driver and a mirror pad.

This Jaguar XK120 is the only one ever to have been bodied by Pininfarina. In 1954 it was shipped from the Jaguar factory in Coventry to Italy for its new bodywork, before being shown at the 1955 Geneva Motor Show. It’s recently been the subject of a 6750-hour restoration by Classic Motor Cars.

The ‘Testa Rossa C’, is one of the most beautiful Ferraris ever built, and this is the last TRC produced – as well as the marque’s last-ever four-cylinder car. It achieved class wins at both the 1957 12 Hours of Sebring and Le Mans 24-hours.

Jaguar’s first 200mph car was famously initially designed with a V12 and all-wheel drive in mind, but was eventually delivered with a twin-turbo V6 and rear-wheel drive. However, performance was still exhilarating. At the time it was the fastest car in the world, setting a speed of 212.3mph at the Nardo test track. Only 281 were ever built.

This collection of important Ferraris will include the one-off 166MM/ 212 Export ‘Uovo’ (above), created for Count Giannino Marzotto as the ultimate sports racing car of its day. Its styling was inspired by the aeronautical training of the car’s designer, Franco Reggiani, and it was around 150kg lighter than similar Ferraris of the time.

More on the Ferrari display here.

Over 100 Aston Martins will be displayed at the Concours of Elegance, including four very special models in the main concours area.

The quartet consists of the only road-going 1967 DBSC by Touring (above), a 1937 15/98 Long Chassis Tourer by Bertelli – probably the best of the 24 made – one of the first six DB2 DHCs, produced in 1950 and bought by Prince Bertil of Sweden, and a DB5 Convertible.

In addition, there will be a celebration of 60 years of the DB4 celebration, which will include the many variants of the DB4, including the rare DB4 GT Zagato. The display will be organised by the Aston Martin Owners' Club.

The main concours cars so far

The 2018 Concours of Elegance takes place at Hampton Court Palace, from Friday August 31 to Sunday September 2.

AutoClassics readers can buy two tickets for the price of one here by quoting AUTOCLASSICSVIP.