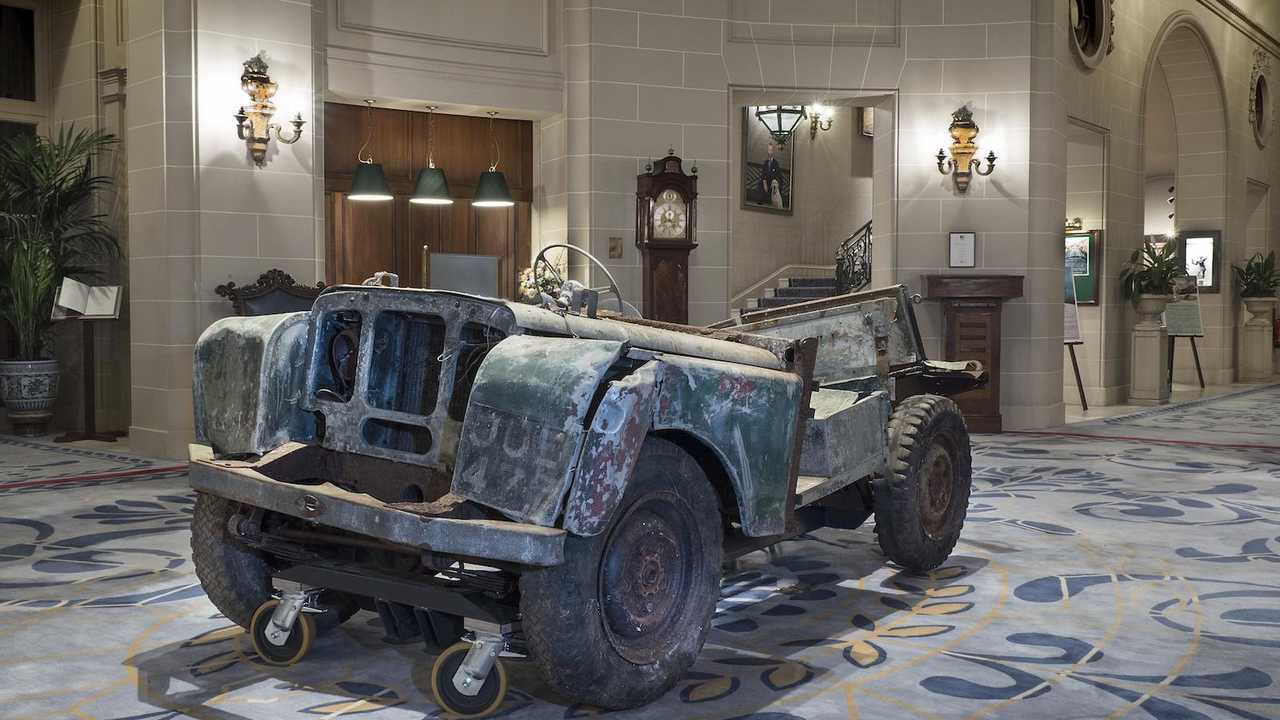 Exactly 70 years since JUE 477 – the first ever production Land Rover – rolled off the Solihull production line, INEOS Automotive has been confirmed as the new owner, and there's a sympathetic restoration in the works!

Following a near-secretive unveiling at the prestigious Royal Automobile Club in Pall Mall back in February, Land Rover chassis 860001 – the very first production Land Rover – has drawn worldwide interest and all manner of questions.

Where has it hidden away all this time? Why is it in such a condition? When was it last on the road? All those answers can be found here. Yet, one question has been unconfirmed – just who bought and now owns chassis 860001?

You may have heard of INEOS, a privately owned multinational chemicals company headquartered in London, as CEO and founder Jim Ratcliffe has not only been declared Britain’s richest man but also waged war with Land Rover over rights to the Defender.

Unable to acquire the legal rights to continue Defender production after Solihull wrapped production in January 2016, Ratcliffe has been planning his own 4x4 – known as the Ineos Grenadier – through INEOS Automotive, established in 2016 with the aim of supplying a fresh perspective on the off-road market.

Mr Ratcliffe has been a huge Land Rover aficionado for decades. It, therefore, comes as no surprise to discover that the UK’s wealthiest gentleman acquired the first production Land Rover some time ago.

Rolling off the Solihull-factory production line on July 27, 1948, JUE 477 lays claim as the first production Land Rover; not to be confused with HUE 166 – Land Rover’s kept ‘first example'.

HUE 166 is actually the first of a batch of 48 prototypes. 'Huey' has a chassis number of LR1, but is still a test vehicle (not the first production Land Rover as popularly claimed), rolling out of the factory on March 11, 1948.

Yasin Ali, Group Company Secretary at INEOS, confirmed the acquisition: ‘JUE 477 is a remarkable example and holds a special place in automotive history. We now have the opportunity to ensure that the vehicle is preserved for future generations to enjoy and that its past is documented,’ explained Yasin Ali, INEOS’ Group Company Secretary, speaking with Classic & Sportscar.

Looking at the vehicle’s current state, there is no denying that the Land Rover requires a thorough restoration, although to keep the world’s passionate Landy community on side JUE 477’s rebuild needs to be sympathetic. Restorer Julian Shoolheifer is the man in charge, and he’s attested a plan to retain a huge amount of original parts.

All that us Land Rover enthusiasts can do now is await JUE 477’s next public appearance, although the project appears to be in safe hands.