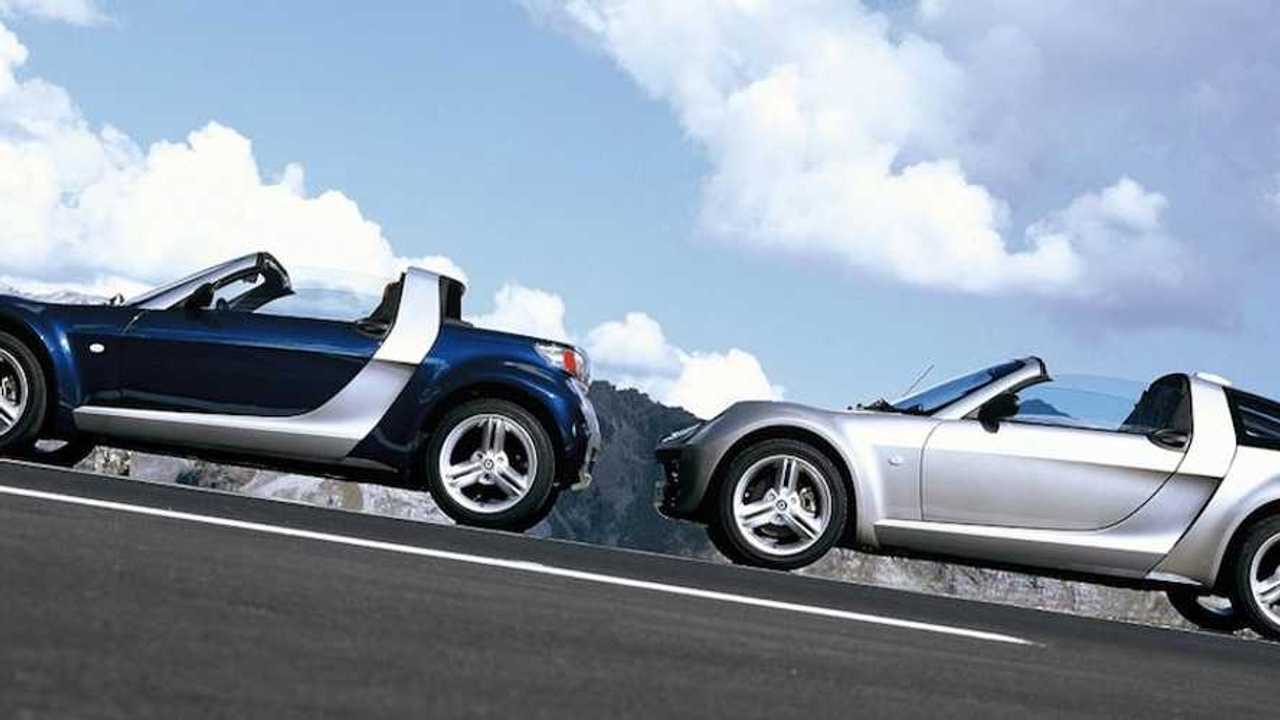 Mid-engined, turbocharged and rear-wheel drive, the Smart Roadster has all the ingredients for a proper sports car – but in a diminutive package. Here's how to get the best...

The Roadster arrived in 2003, offering a unique take on the small sports car formula. Its tiny dimensions made it ideal for winding country lanes, where its sharp handling could be best enjoyed, while it had just enough grunt to keep interest.

Available in either Coupé or Roadster trim, its pricing when new was perhaps a tad too close to that of established rivals such as the Mazda MX-5 and MG TF. The resultant poor sales led to an eventual termination of production. However, the Smart Roadster remains great to drive today, and makes for a great used buy.

Power outputs from the three-cylinder 698cc turbo were predictably low, but then so was the kerbweight. Even the base models were more than sprightly enough away from the lights. They still feel quite special to drive, with the domed headlight covers and raspy, offbeat engine evoking memories of classic 911s if you are feeling particularly charitable.

Away from the tenuous Porsche links, if you’re looking for something slightly different to park in your driveway that still delivers a great driving experience, then a Smart Roadster is well worth considering.

All officially sold RHD Smart Roadsters were fitted with an uprated 80bhp 698cc three-cylinder turbo derived from the Smart ForTwo. Be aware, though, that a few early LHD imports had 60bhp engines and made do without an oil cooler. Brabus models offered 101bhp, while a few standard cars were fitted with the factory SP2 power kit that took power from 80bhp to 90bhp. Specialists also offer remaps, which can boost muscle to around 110bhp for either model.

Service intervals are suggested at every 9000 miles, but specialists recommend that oil changes be carried out every 7000 miles. Excessive smoking may indicate that the turbo seals or bearings need replacing. Inspect the underside for any signs of oil leaks or cracked exhaust manifolds.

Misfires or rough running can usually be traced to cracked HT leads or faulty coils. In extreme cases exhaust valves may be damaged – however, the issue may be also be as simple as spark plugs that are past their sell-by date.

Some owners have reported that air-conditioner hoses perish with regular frequency. The good news is that most mechanical components are very well priced and easy to source.

The six-speed semi-automatic gearbox is, to some, the most frustrating mechanical component of the Smart Roadster. It is not particularly frail, but the slow shifts require an adjustment to your driving style, especially if you are used to the instant responses of a modern DCT transmission.

The lightweight body means that the demands put on the suspension components and tyres are minimal. Wheel alignment is advised, as tracking can often be off. You should also make some common-sense checks such as looking for uneven tyre wear, and keep an ear out for any odd clonking sounds.

The rear brakes are drums, and the brake shoes require replacement less frequently than the pads up front. This does mean some can be neglected, while seized drum adjusters have also been reported.

One particular issue on the Smart Roadster is its propensity to leak. A recall early on in production attempted to rectify this issue, but cars not regularly parked under cover can still let water in. Check the area around the roof and the bulkhead; corrosion here can damage the wiring loom, resulting in expensive electronic issues.

The rest of the bodywork is relatively trouble free, although the lacquer can start peeling on the plastic body panels, especially so on cars that have been left outdoors for extended periods. Coupés had removable roof panels that were not always rattle free when in place.

The cabin is generally quite robust and resistant to wear. Check that all the buttons and switches operate correctly, and pay particular attention to the dashboard lights and the power roof on the convertible.

Although Coupé offers a tad more storage space, aside from the differing roof designs both cars have largely the same interior fittings. Roadster Light models made do without air-conditioning and a radio, while Brabus models had heated front seats. Those fitted with the optional Xclusive interior had leather-trimmed dashboards plus aluminium handbrake and brake-pedal finishes.

The Smart Roadster was in production from 2003 to 2005, although registrations of unsold new cars continued into 2007. It is therefore advisable to focus on the condition of the car rather than any specific model year.

Mileages vary greatly, and while the running gear is robust, a lack of maintenance will inevitably mean big bills down the line. The Brabus models offer a bit more performance, and the rare RCR may appeal to collectors, but a standard Roadster in either convertible or Coupé trim is just fine, too. Differences between models are small, so be sure to check the car’s papers to ensure that you are getting what you pay for. Cheap LHD imports are best avoided unless the car is in very good condition.

The Smart Roadster makes even more sense today than it did 15 years ago at its launch. In today’s speed-limited and congested roads, its modest performance levels are both more socially acceptable and readily accessible than is the case for just about any other sporty roadster. The sweet, exploitable RWD chassis and very reasonable running costs only add to its appeal.

Looking to buy a Smart?

You'll find the company history and our Smarts for sale