Behind the scenes with ‘The King’s’ Rolls-Royce 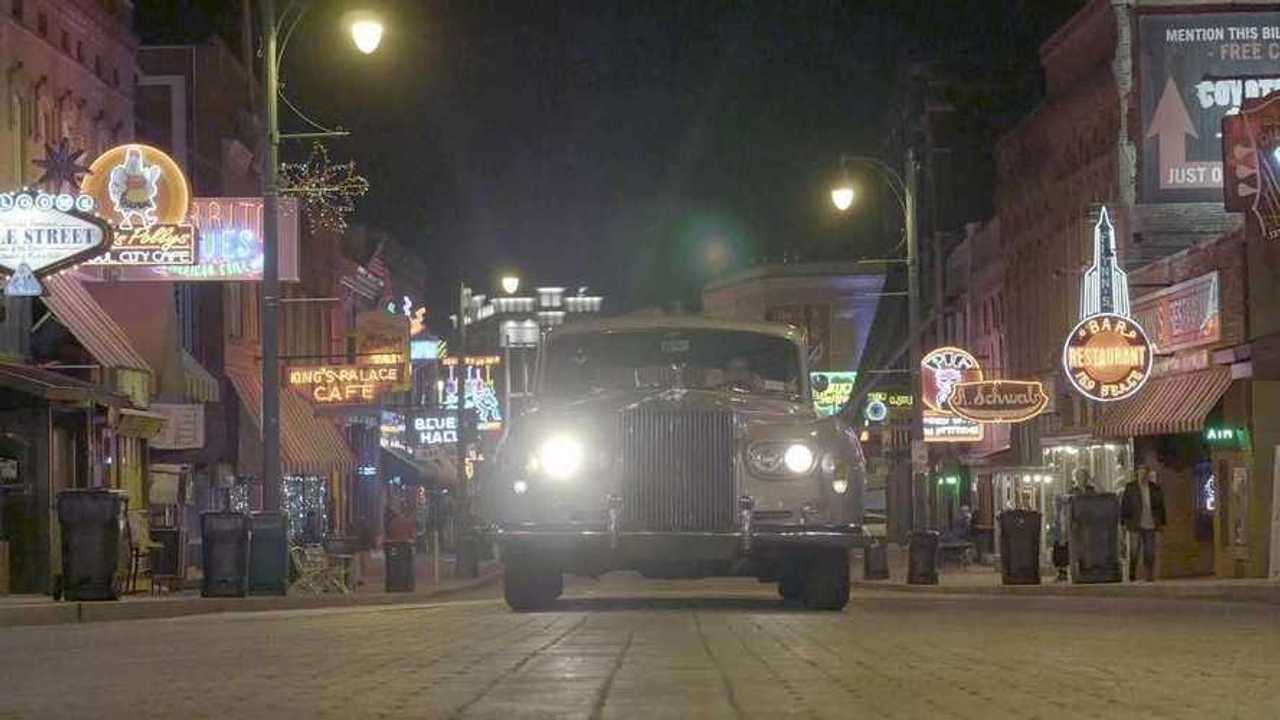 In UK cinemas from August 24, new documentary explores Elvis Presley’s life with a road trip across America in his old Rolls-Royce. We go behind the scenes

There’s no question about it – Elvis Presley was a passionate petrolhead. As well as his well documented fleet of Cadillacs and Lincoln Continentals, Memphis’s melodic wonder owned a BMW 507, De Tomaso Pantera, MGA, Mercedes-Benz 600 and even a Messerschmitt – which he apparently traded for a shopping spree.

It’s therefore fitting that the latest Presley-focused cinematic documentary, appropriately entitled The King, features something that Elvis constantly yearned for; a road trip. This venture retraces the trajectory of the superstar’s life, travelling across America in his 1963 Rolls-Royce Silver Cloud – with a few surprising cameos along the way.

It’s no surprise to learn that Presley’s own expeditions across 1950s America didn’t always go to plan. One cross-state excursion found him embroiled in a fistfight with a garage owner, who attacked him over what he represented. Well, if he was looking for trouble, he came to the right place…

There’s none of that here, of course. Rather, The King is an exploration of Elvis’s rise and fall, set against the backdrop of the American dream.

Director Eugene Jarecki never intended to turn his documentary into a road-trip film, but fate had other ideas. During pre-production, the ’63 Silver Cloud once employed at Elvis’s Graceland home came up for auction. He had to have it.

He purchased the car in the hope of reselling it after filming wrapped to ‘correct the dent it made in our budget’. Instead, the Rolls-Royce took the filming in an unexpected direction.

Fitted out with cameras before taking off across the US heartland, the Roller played host to singer-songwriters such as M Ward and Emmylou Harris along the way. As these legends resided in the back seat to talk all things Elvis related, the luxury saloon showcased something unseen on dealership option sheets.

The rear compartment was modified to house a small recording studio, giving contemporary blues artists the opportunity to record songs originally made famous, or inspired by, Elvis Presley’s ground-breaking talent.

Riding across Tupelo, Memphis, Beverly Hills and Las Vegas were further guests including actors Ethan Hawke and Alec Baldwin, reminiscing about Elvis and the country he left behind.

Behind the scenes: Breakdowns!

As it’s a factual piece of filmmaking, Jarecki always wanted to drive the car, which meant he had to film at the same time. This is no mean feat, requiring inventive rigging techniques – most of which can damage paintwork.

To avoid such an event, Saran wrap and suction cups were used to keep the unblemished paint-job from superficial harm.

Not that it all went smoothly, however. Likening the Rolls-Royce to a ‘beautiful old royal grandmother who was constantly developing ailments’, it ceased to work on more than 24 separate occasions.

‘It would do brilliantly in the Rockies in deep snow, brilliantly in Death Valley, but it would overheat driving down Rodeo Drive,’ explained the director.

Nevertheless, the most impressive aspect when on the road was the sound quality recorded inside ‘the plush velvet machine’. Interviews and music were recorded while travelling, with a second ‘clean’ take being made for good measure. Almost every take the crew ended up using was from the live road recording.

Unlike most modern documentary ventures, this biography was filmed in widescreen CinemaScope format – inspired by the Rolls-Royce’s immense girth.

The director explained: ‘[Cinematographer] Étienne said to me, “This car is so wide and America is so big, there’s a harmony there”.’

‘We wanted to make a movie like in the old days, where the horizon is endless. It’s Big Sky country.’

Elvis’s Silver Cloud from the film was built to US specifications as a left-hand-drive example, and was completed at the Rolls-Royce works on March 21, 1963.

The car was ordered to include a Blaupunkt Koln radio, Firestone whitewall tyres, parking and flashing lights, electric windows to all doors, a microphone and air-conditioning, whilst the centre rear armrest contained a writing pad, mirror and clothes brush. A fitted cabinet revealed cut glass decanters and crystal glasses.

You can see the result for yourself here: