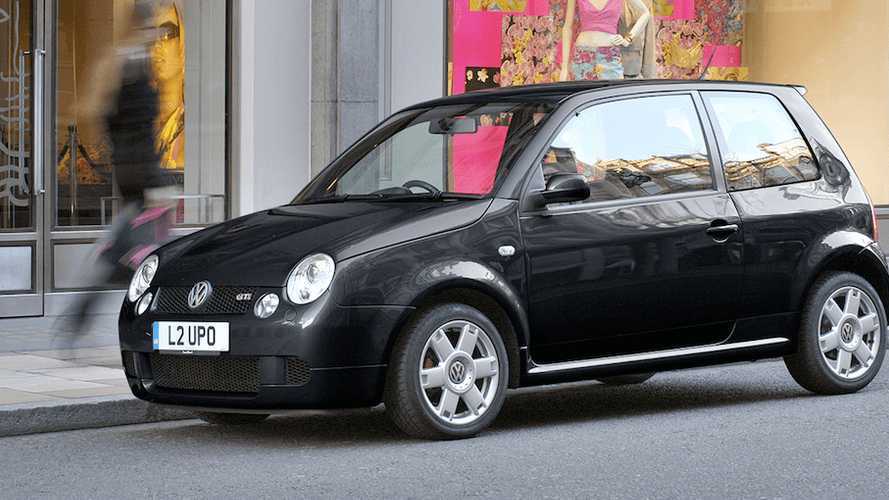 It’s easy to see why the VW Lupo GTi was regularly compared with the original Golf GTi, when launched in 2000. Both cars featured a fuel-injected 1.6-litre engine and compact dimensions, both were a hoot to drive – and both carried that hallowed GTi badge.

With its cheeky design and typical Volkswagen build quality, the tuned-up Lupo wasn’t just about an injection of 'extra go'; its responsive chassis ensured that corners were something to savour, which isn’t something you can say about too many Volkswagens – even those aimed at keen drivers.

In typical VW fashion, the hot Lupo didn’t shout too loudly about its potential, with visual changes over the standard diminutive hatch restricted to a reprofiled bumper with a deeper front spoiler, six-spoke alloy wheels, a centrally mounted exhaust and a discreet rear spoiler, while the suspension was dropped by 20mm.

Too many Lupo GTis have since been modified so they’re rather less discreet, but there are still plenty of really good examples out there. They’re currently relatively affordable, but word is out about their potential. So, if you want to ride ahead of the curve, you need to start your search for a good example now – prices will probably never again be as low as they currently are...

Analysing the service history is important with any car, but with the Lupo it’s key because you need to see if the oil has been changed frequently. Check if a high-quality lubricant has been used. If not, the chances are that the engine has suffered premature wear, especially if it’s been driven hard.

If there’s blue smoke on the over-run it’s because the engine is burning oil, which could be down to blown valve stem seals or it might be that the cylinder bores are scored because of damaged piston rings; they have been known to break.

Make sure the temperature gauge sits at 90 degrees. If it doesn’t, it could be because the temperature sender needs to be replaced or the thermostat might be faulty. Both are common problems but neither is costly to put right.

The faulty coil packs that have afflicted various Volkswagens over the years can also be a problem for the Lupo. If there’s any sign of misfiring or the idle is really uneven suspect the coil packs, but it might also be that the HT leads need to be replaced; neither is an expensive problem to put right.

Only the earliest Lupo GTis came with a five-speed gearbox, with a six-speeder being adopted just six months into production. Neither gearbox is weak but the six-speeder is definitely the one to have, as that extra ratio allows you to keep the engine on the boil for extra grunt.

The six-speed gearbox is also the more reliable unit of the two, as the five-speeder can suffer from failure of the synchromesh, a common sign is baulking as you change gear. However, if the change is really unpleasant it may well be that the mechanism needs to be lubricated, so do this before assuming that the transmission needs a rebuild.

All Lupo GTis came with 15-inch alloy wheels which at the very least are likely to be looking scruffy through corrosion – heavy kerbing is perfectly possible too. But refurbishing is straightforward and not expensive if the wheels aren’t buckled.

The Lupo’s relatively light weight (just 978kg) means its all-disc braking system tends not to give too many problems and the same goes for the suspension. Conversions to a coilover set-up aren’t unusual but if done properly there’s no cause for concern – just ensure that the car hasn’t been lowered and/or stiffened too much.

The most common suspension problem is with tired anti-roll bar bushes, so listen for knocking as the car is driven over speed bumps or poor surfaces. Replacing the bushes isn’t costly or difficult though, with rubber or polyurethane items available.

Corrosion shouldn’t be a major issue on any Lupo as VW was generous with its rustproofing on the production line. Naturally the bumpers are made of plastic so they won’t rust – and because lightweight aluminium was used for the bonnet, front wings and doors there shouldn’t be any sign of corrosion here either.

If the car has been crashed and any of those aluminium panels replaced, it could be that steel substitutes have been fitted because they’re more readily available – aluminium bonnets have been obsolete for a while. So run a cloth-covered magnet over the bonnet, doors and front wings to make sure they’re not made of steel.

The only place where rust is likely to appear is on the roof, especially in the gutter rails and the rear spoiler, although it’s also worth removing the boot liner to inspect the battery tray, which can rust. Finish by checking the xenon headlights, which tend to be reliable but they can fail and replacements are costly.

Finally, check that the doors haven’t dropped and that they’re not leaking. The former is down to the hinges wearing, necessitating replacements. If the membranes have been removed from inside the door, usually because bigger/aftermarket speakers have been fitted, water leaks are bound to result.

The Lupo’s interior is typical Volkswagen in that it’s made from durable materials, but it’s not exactly exciting. The seats are comfortable enough but if you’re into hard driving they’re not especially supportive; check the bolsters as these are the only trim areas likely to have worn.

Most GTis came with cloth trim but if you’re able to find one with heated leather seats you’ll find them more comfortable – but such cars are rare.

The electrics are pretty simple by modern standards but all GTis came with central locking and electric windows. You need to make sure that everything works as both of these can play up. Fixes – especially if done on a DIY basis – tend not to be costly though.

One electrical item that does tend to give problems is the high-level brake light. Water gets into the connections via the spoiler, leading to the light flickering, and while it’s not expensive to fix it can be fiddly.

If you can find a Lupo GTi that’s been cherished there’s no good reason not to buy it. You’ll have immense fun and in time it’ll probably prove to be a shrewd investment. The problem is finding one that has been looked after, because too many of these have been thrashed and/or poorly modified.

Fewer than 1000 Lupo GTis were sold in the UK (we don’t have sales figures for other countries), but the survival rate is very high. Before buying you need to analyse the service history, ensuring that the car has been well maintained; it should have had a service every 10,000 miles and a replacement cam belt (with fresh water pump) every 40,000 miles or four years. Incidentally, there are two belts that have to be replaced (main and supplementary).

The six-speed cars are the most reliable, the best to drive and the most collectible as a result, but five-speeders are relatively unusual because of the much shorter production span. If you can find a car with a few options, such as leather trim, air conditioning and a sunroof you’ll be doing well as most cars came only with the standard kit. That’s no bad thing though, because the Lupo GTi proves that you don’t need to have lots of toys to have immense fun.

Looking for your perfect classic Volkswagen?

We've loads of them for sale! Step this way...