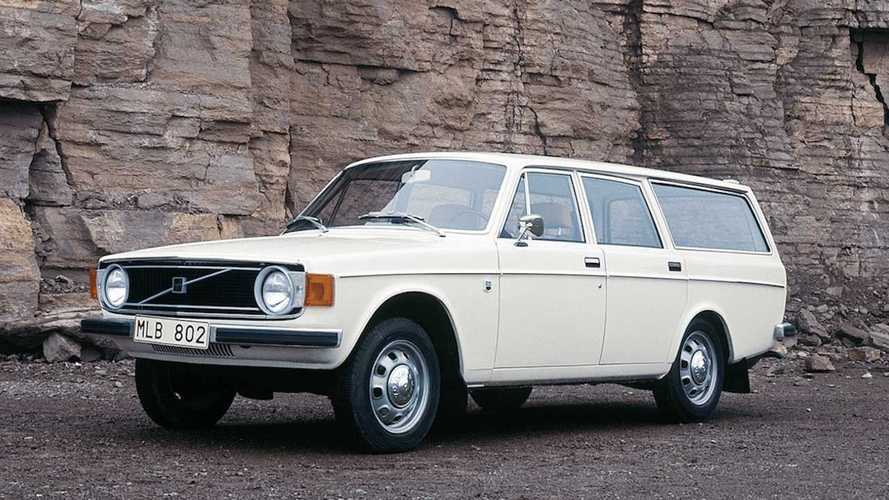 They’re not the curviest classics ever made but these Swedes are among the safest – and they’re also fabulously affordable. Here's how to bag a solid Volvo 140/160 or 240/260

If you’re looking for a stylish classic that majors on performance and pin-sharp handling, Volvo’s 140/160 and 240/260 Series won’t do much for you. However, if you want a family-friendly classic that's safe, strong, spacious and comfortable then look no further – whether in 140/160 or 240/260 form, Volvo's sturdy weather beater ticks all the boxes.

After the groundbreaking Amazon took the nation by storm, the 140 Series was disappointingly boxy and led to Volvo gaining an unfair reputation for conservatism that few rivals could match. Yet, beneath those understated lines lay a car far stronger and safer than rivals, with standard dual-circuit disc brakes all round, a laminated windscreen, crumple zones, rear seatbelt mountings, side impact bars and a collapsible steering column. It would take years for fellow marques to catch up.

When the time came to replace the 140 and 160 Series, Volvo opted for more of the same, with the 240 and 260 Series; cars that represented little more than a facelift. However, where the 140 had wishbone suspension and a steering box, the 240 featured MacPherson struts with rack-and-pinion steering, making it Volvo’s first car with these features. They improve the dynamics no end, but these are still cars for cruising rather than embracing the sheer joy of driving. You can't fit a couch or a fridge in a Ferrari, but you certainly can in a Volvo!

While the earlier engine featured chain-driven overhead valves and a cast-iron cylinder head and block, the B21 has a belt-driven overhead camshaft and an alloy head. The 3.0-litre B30 unit in the 164 was effectively a six-cylinder B20. However, the 260 got an all-new engine, the PRV 2.7-litre V6 developed with Peugeot and Renault.

Volvo engines last at least 200,000 miles between rebuilds, but get noisy and run erratically when the camshafts wear after around 100,000 miles; replacement is easy. The fibre timing gear also wear – replacing with steel is a good idea.

Engine life is increased by fitting the correct Volvo oil filter, with a non-return valve to prevent top end oil starvation, which leads to rocker shaft wear. This is given away by a clattery top end. Replacement is easy though.

Erratic running suggests the carburettors are out of balance. If things are really bad the diaphragm has probably split. More serious is the spectre of worn cylinder bores or tired piston rings. Remove the oil filler cap and put your hand over the filler neck with the engine running. If you can feel gases pulsing past it’s time for a rebuild.

The B27 PRV 2.7-litre V6 in the 260 also tends to suffer from a worn camshaft after 100,000 miles, while overheating is common. More compact than the straight-six in the 164, the PRV engine can be rebuilt but most owners instead fit a 2.8-litre B28 unit from the 760 as they’re more reliable and easier to source.

The rear oil seal on the gearbox often leaks, potentially wrecking the transmission. Tougher seals are available. It's worth fitting overdrive; an 1800E unit is ideal. The propshaft will need to be shortened but all of the necessary mounting points are already in place.

Early 140 gearboxes tend to suffer from failed synchromesh on second and fourth after about 150,000 miles.

The transmission will just keep going, so you can put up with it rather than replace the gearbox entirely. Clutches are tough, but if the pedal seems ridiculously heavy the cable has stretched and is about to snap; replacements are readily available and replacement is straightforward.

All of these Volvos came with a servo-assisted dual-circuit braking systems with discs front and rear. It’s a conventionally engineered set-up that gives few problems, although the rear calipers can seize if the car is left unused for a while.

Volvo used the same basic bodyshell throughout production of the 140/160 and 240/260. However, while the 140 got one shell, the 164 was stretched ahead of the A-pillars to accommodate the straight-six engine. Thanks to effective rustproofing and the use of thick steel, the bodyshells last well – but rust-free cars are rare.

The 200 is better protected than the 100, but the construction of all models is the same so they all have the same corrosion hot spots. Home in on the sills, wheelarches and door bottoms; along with all seams and apertures, such as those for the badges and indicators plus the front and rear screens. Also scrutinise the double-skinned rear shock absorber top mounts.

On the 140 and 160 corrosion can separate the bonnet hinges from the inner wings. Rust is also common in the battery tray and the joint between the front panel and wings.

Pre-1972 estates have opening side windows for the load bay. The hinges are bonded onto the glass but the joint fails so the windows can fall out, and replacements are scarce. The front quarterlights suffer from the same problems.

Cloth, vinyl and leather were all used to trim the interiors of these cars. While the leather and cloth wear well, the vinyl disintegrates, especially if left in the sun. You might be able to track down some decent used trim, but don’t count on it – interior components are almost impossible to find.

The different models can be confusing, but it’s actually very straightforward. The first number denotes the model series, the second is the number of cylinders and the third is the number of doors. So a 142 is a 140 Series four-cylinder saloon with two doors; the 145 is an equivalent estate.

There are more of the mainstream editions around than you might think, especially if you’re prepared to shop in Europe. There’s a massive following for the 140 in Holland, although prices tend to be high. For some models you’ll probably have to shop in mainland Europe; if you want a 262 for example, you’ll be doing well to find one in the UK.

It’s the estate variant that everyone wants, but there aren’t many good ones left as they were abused when they were new. The 260s are rare but unloved as they’re thirsty and unreliable. The 240 started a trend with Volvo for automatic transmissions, so manuals are relatively unusual. The cheapest model is the 244 DL; the 262 and 264 TE are the most valuable.

Searching for your perfect classic Volvo?