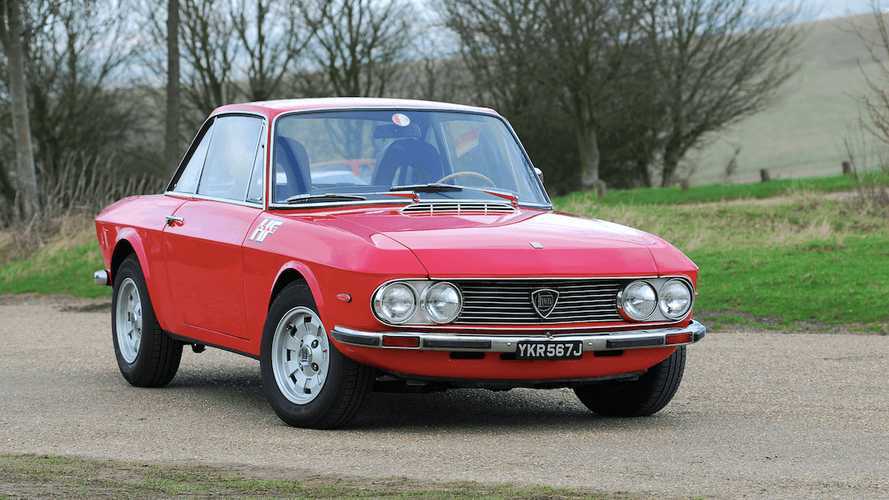 The Fulvia is one good-looking machine, especially in coupé form. And it's great to drive! So, should you buy one or will it turn round and bite you?

The Lancia Fulvia coupé was very successful in competition during the 1960s and 1970s. As a result its profile is relatively high, which is why it’s easy to forget that the Fulvia range also encompassed a saloon, while Zagato also offered its own coupé, called the Sport. All feature the same mechanicals, which means you get a frisky powerplant, front-wheel drive and excellent engineering, wrapped in a bodyshell that will probably have seen better days.

If you’re excited by 1960s British machinery you’ll probably find the Fulvia too daring, but if you like to go your own way there are few accessible classics that are so easy to recommend. Well supported by clubs and specialists, the Fulvia is fun to drive and surprisingly easy to own if you buy a good one and look after it. As you’d expect, the nightmares start at the point where you buy a poor example then try to make it good – that’s when you’ll wonder what all the fuss is about.

Even by today’s standards the Fulvia is great to drive. It’s brisk rather than genuinely quick; the 1216cc engine offers 0-60 in 15.7 seconds and a 100mph top speed for example. With double wishbones at the front and servo assisted, hydraulic Girling disc brakes all round (inferior Dunlops on Series 1s), the Fulvia handles and stops exceptionally well – helped by a low kerb weight.

Basing the Fulvia on the Flavia Coupe’s platform proved a masterstroke, as it was these mechanicals which produced such fine roadholding and handling. Even though the Fulvia’s engine is mounted longitudinally with the gearbox behind, the wheelbase, track and overall dimensions as well as optimum weight distribution conspire to give a lower centre of gravity and superb handling.

The result of such a great design is an almost complete lack of skittishness, while the front-wheel-drive offers almost neutral behaviour even in the wet. The sophisticated front suspension counterbalances the relatively primitive rear set-up; a rigid axle with semi-elliptic leaf springs and telescopic dampers. It was an odd choice for such a sporting car maker, but there aren’t many classics available that can deliver such usability and practicality with so much fun.

The saloon, whilst having no sporting pretensions, retains much of the handling prowess of the coupe and is a very refined and comfortable drive; it’s quite capable of lifting its skirts and showing a surprising turn of speed. However, if you think finding a really good Fulvia coupé is a challenge, just try to track down a superb saloon...

All of these engines are strong if maintained, but there is one weak spot and that’s the water pumps, which can be hard to seal – so check the coolant level and make sure the engine hasn’t overheated at some point. On 1600 engines the timing chain can wear and if left it’ll jump a tooth – but you’ll have had plenty of warning by this point.

The carburettors can also wear but they can be rebuilt or swapped for Webers or Dell’Ortos; the factory fitted either one or two Solex items that are unique to the Fulvia, so parts can be hard to find.

All Fulvias were fitted with a manual gearbox; the Series 1 models got four ratios while all later cars were fitted with five. It’s a tough transmission but once it has started to wear you can expect weak synchromesh on second gear, so check for baulking as you swap ratios. CV boots have a habit of splitting but the joints themselves are strong unless dirt is allowed to get in.

The front suspension is durable, although the ball-joints, dampers and bearings eventually wear out. The rear suspension isn’t so tough, as the leaf springs can sag. But everything is available to keep things as good as new.

Dunlop brakes (similar to Jaguar’s) were used on the original Fulvias; from the Series 2 Girling parts were fitted. A lack of use causes the most problems, as the system tends to seize up; the front discs are also costly to replace.

The biggest hassle with Series 2 brakes is the separate handbrake system. This dedicated set-up requires a special tool to remove the shoes, so owners usually leave it alone and don’t carry out any maintenance, which can result in an unexpected bill for replacement linings and an overhaul.

As you’d expect, most Fulvias have bitten the dust because of corrosion – these cars were poorly rustproofed and over the years many owners will have failed to stay on top of paintwork damage. As a result you need to analyse the whole bodyshell, focusing in particular on the front subframe and its rear mounts.

The worst corrosion is likely to be hidden from view which is why you must check every nook and cranny from underneath. The boot lid, doors and rear panel will probably be history and the same goes for the rear subframe legs and mounts. Also analyse the footwells, screen surrounds, panel seams, sills and wheelarches along with the front and rear valances and the double-skinned leading edge of the bonnet.

Hardwearing vinyl trim was fitted to most Series 1 and Series 2 cars while leather was also an option. This wasn’t specified very often, which is just as well as it doesn’t tend to last well. The Series 3 got cloth trim and although this also ages badly, it’s not hard to retrim a Fulvia interior.

While 1960s Italian cars didn’t have the most robust electrical systems, the Fulvia doesn’t tend to give too many problems. If there are any glitches it’s probably because of poor earths or duff connections so fixes aren’t especially involved. That’s not the case for a failed heater on a Series 2 car though, as this can entail removing the dash to put things right.

Stylish, zesty and practical, the Lancia Fulvia is one of those left-field classics that deserves a much wider audience. It’s the coupé that gets all of the attention, but there were more than 30 derivatives including the three key bodystyles, various engines and Series 1, Series 2 and (in the case of the coupé) Series 3 editions.

When it was launched in 1963 the Fulvia got its own brand new factory and at the time it was reckoned that it was the world’s costliest mass-produced 1100cc car to build. As a result, the Fulvia was never going to sell in massive numbers but a long production run meant around 330,000 Fulvias of all types were built.

Many surviving Fulvias need work thanks to incredibly low values for decades; owners just didn’t want to spend so much more on maintaining their car than it was worth. Full restorations still don’t make sense, so the key thing before buying is to pin down the extent of any work that’s needed.

While it’s the ‘Fanalone’ models that are worth the most, any genuine Fulvia will be a delight to drive and own. Few modifications are worthwhile, with modern adjustable shock absorbers capable of improving the handling if done properly – but this can also spoil the Fulvia’s balance if not done properly. The same goes for wider tyres; it’s best not to fit anything more than 185mm on 1.6 Fulvias and 175mm on 1.3 cars.

After your ideal classic Lancia for sale?

Step this way – we've loads of classic Lancias for sale