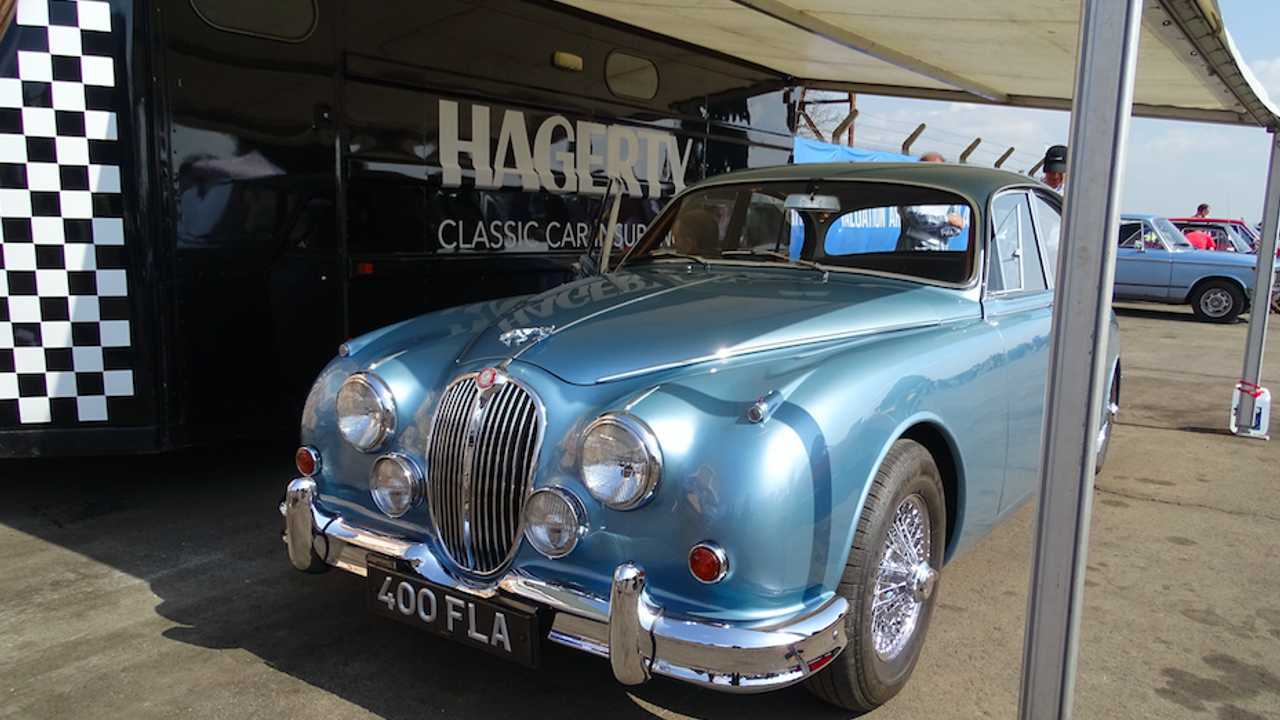 Deep within the grounds of Bicester Heritage during the sun-drenched Drive It Day Sunday Scramble on April 22, 2018, amid the World War Two parades and tree-lined avenues replete with pre-war metal, a team from Hagerty was hard at work. Well, if you can call being surrounded by desirable classics in the spring sunshine ‘work’…

In all seriousness, the Hagerty valuation team – comprising of John Mayhead and Marcus Atkinson along with other valuation experts – undertakes an essential task during such important dates on the classic car calendar; reminding owners just how much their pride and joy is worth.

We caught up with Atkinson, marketing director of Hagerty’s UK division, to discuss what caught his eye after seeing so many exotic vehicles come through the Hagerty Valuation Arena.

‘A home-restoration project that was truly amazing. The team felt this was almost a condition 1 car, made even more impressive by the fact that the paint job had been completed on the owner’s driveway. The overwhelming majority of the work was done by the man himself, with the exception of the upholstery. Valued at £27,500.’

‘This car was bought new by the owner’s father, and had been completely unaltered since then. The owner had this vehicle insured for £3000, but the team valued it at £10,000 – he was delighted. Actually, with a little extra work on the car it could easily find itself on a dealer’s website for £17,000. The owner’s daughter is keen to take ownership of the BMW, so it certainly won’t be sold but will be kept in the family for the next generation.’

Get your car valued with Hagerty Insurance!

Whenever there is a Sunday Scramble at Bicester Heritage, you’ll find these guys there valuing all sorts of vehicles. It’s not a free service, but that’s because the money you pay – a grand total of £10 – goes straight to charity.

Find out more at the Hagerty website or through the official Bicester Heritage site.