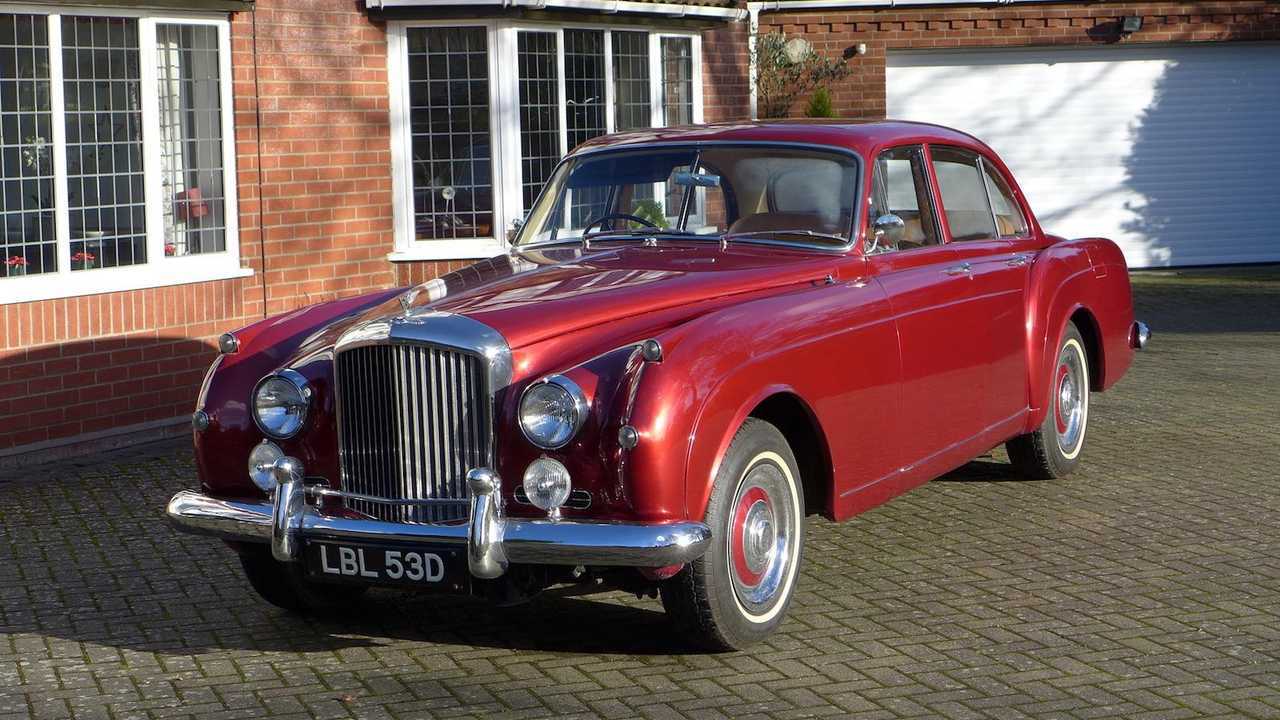 This grand British saloon will never be a bargain, but if you buy sensibly it will offer a satisfyingly graceful and dignified ownership experience. Here’s how

HJ Mulliner conceived the four-door Bentley Flying Spur in response to the demands of clients who wanted a car with the Continental’s performance and driveability, but which had the added convenience of another pair of doors. The model was built on the chassis of the Continental, which in itself was related to the Rolls-Royce Silver Cloud but had a shorter radiator, higher gearing and four-leading-shoe front drum brakes.

Once Rolls-Royce management agreed to the idea, its Crewe styling team, led by John Blatchley, worked closely with HJ Mulliner to ensure the best possible result. The S1 version was offered from 1957, with the V8-engined S2 coming onto the scene two years later. The Flying Spur name came from the bewinged spur on the Mulliner family crest.

To quote an Autocar road test from December 1960: ‘Without doubt the Continental Bentley lives up to the traditional associations of its name: few cars would provide as rapid, restful and satisfying transport from, say, Paris to Nice. On arrival at its destination, this potent vehicle at once reverts to the exceptionally docile and distinguished town carriage.’

Even today it impresses with its almost total lack of engine note at idle, and smooth, satisfyingly quick progress. The steering lacks the precision of more modern rack-and-pinion systems, but is nicely weighted and allows one to place the car in a corner with supreme confidence. Yes, it weighs two tonnes, but it can move with grace and dignity.

The L410 engine went into production in 1959 (the designation came from its 4.10-inch bores). An alloy V8 with pushrods and steel cylinder liners, it was built to very fine tolerances, and its cylinder-head porting was similar to that of wartime RR Merlin aircraft engines. Blocks were cast and then left to sit for several months in order to relieve the casting stresses in the metal before machining and assembly.

Heads are attached to the block by four rows of studs, being dowelled to the block, and stud-and-nut assemblies were featured where lesser engine manufacturers would have used a simple bolt.

An L410 engine can last for more than 300,000 miles, even on neglected wedding cars that receive little maintenance and only occasional use. It has very few weaknesses, and is as easy to work on as a Rover V8. A rarely needed engine rebuild, if necessary, can set you back between £7000 and £15,000. Sometimes an expensive knocking noise is down to the hydraulic tappets needing dismantling and cleaning.

The four-speed automatic gearbox with a fluid coupling is a licence-built GM HydraMatic unit, and is extremely durable if properly maintained. When Rolls-Royce purchased the licence it re-engineered the ’box to tighter tolerances, and the unit subsequently refused to work properly (it was originally conceived by the same Earl A Thompson who’s responsible for the synchromesh in gearboxes from the 1920s onward).

The engineers had to revert to the original American tolerances, and then the HydraMatic worked fine. It was a great choice for a company that needed North American sales (‘Export or Die’), and remained unbeatable in terms of fuel efficiency and shift quality until the mid-1960s.

Well maintained transmissions last up to 200,000 miles before they need any serious work outside of band adjustment and seal replacement. There is no expected low-speed ‘creep’ like with a torque converter ’box, and parking-lot manoeuvres require some getting used to.

This car has a traditional body-on-frame layout. Reconditioned second-hand frames are available from Flying Spares, but the car should not need a body-off restoration if it’s offered at an average market price. Check carefully for rust, and walk away from any impatient vendor. The best cars would have been resprayed at some point, so ask a specialist to verify whether the work has been done to RR standards.

The one-shot lubrication system used on S1 cars (one had to press a special pedal four times every 200 miles) was omitted on the S2, and 21 grease points were provided in the chassis. If a grease gun is not regularly used, this leads to excessive wear of suspension components, and may mean steep repair costs. Take care to adjust the purchase price accordingly.

Properly maintained and well adjusted drum brakes on the S2 should be sharp and effective. Please keep in mind that, unlike on modern cars, brake feel is completely different while driving in reverse. This is due to the mechanical, Hispano-type assistance system used.

The HJ Mulliner-built S2 Flying Spur has a beautifully trimmed interior, with ample woodwork and high-quality leather. By now, many cars will need to be re-upholstered, like our example in the pictures, and this job has to be performed diligently and by a specialist.

Heavily damaged woodwork should be a reason to abandon the purchase. Ensure that the electric window lifters work, and also carefully check the integrity of the door seals. All electrics should work, and all door hinges and Yale door locks should in perfect order.

There are no S2 Flying Spur bargains to be had, period. If a car seems to good to be true, it is. A well maintained S2 Flying Spur can be used as everyday transport, but a car that’s been cheaply bodged will bite the new owner with a vengeance. Every one of them needs a fat history file, and receipts for serious work must be verified by a thorough inspection of the car. Never buy without first consulting a specialist.

Many spares may be obtained in reconditioned form from companies such as Flying Spares, but the car nevertheless requires a lot of specialist knowledge and skill (although Flying Spares also sells service manuals, which are ideal for those enthusiasts who wish to forsake all form of contact with family and friends while they study them).

These are not get-rich-quick investment vehicles. Their values rise steadily, so are likely to remain very stable for years to come. They are also extremely pleasant but old fashioned to drive, and not everyone will easily convert from a modern, plasticky premium SUV.

Specialist companies can help maintain the car properly in order to maintain its value, so they should be researched and befriended before you commit to the purchase.

For a small fee you can verify the car’s origins by asking the archive of the Rolls-Royce Enthusiasts’ Club to find the build records for the chassis and the body (some Mulliner records are also kept at the RREC).

A big thank you to Roger Bennington at Stratton Motor Company for making the car available for photography.

Looking to buy that perfect Bentley?