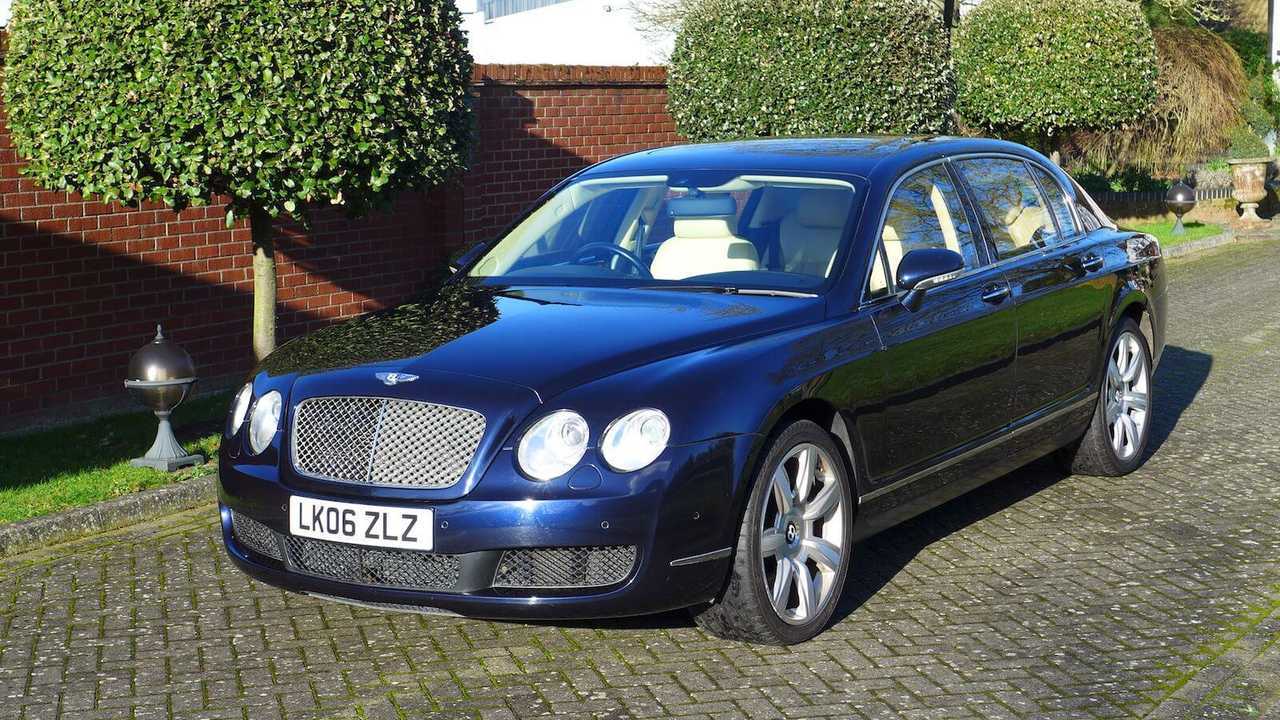 Once the footballer’s showpiece, this Flying Spur can now be bought on the cheap – but you must tread carefully. Here’s how to avoid the pitfalls

Some Bentley Flying Spurs come up in the classifieds at ridiculously low prices. Such inducements may tempt one to go for this four-door saloon that can hold its own against a lot of supercars – especially in the wet or on snow. Yet is the 2005-2012 incarnation worth buying? Read on to find out.

The model was created and launched in 2005 to accompany the two-door Continental GT (and later GTC) which, due to their pricing level, made Bentley ownership accessible to a lot of people who had recently made their fortunes.

This aggressive pricing was possible because the whole family of new Bentleys was based on the platform of the VW Phaeton and the mechanicals of the Audi A8. Many people who spend entirely too much time on the Internet contend that such organ transplants somehow diminish the attractiveness of those cars; in fact, the truth is quite the opposite.

They are based on a robust architecture and reliable components, some of which are dressed up to look more premium. Together, these make the ownership experience less stressful. Thanks to a lifelong obsession of VW Group boss Ferdinand Piëch, even the Phaeton’s HVAC unit was state of the art and able to guarantee draft-free air-conditioning in Saudi Arabia at 200mph. A lot of this over-engineered technology found a good use in the Bentleys.

The car’s performance appeal is not due to the power output of the sonorous 6-litre W12 twin-turbocharged engine (560bhp), nor its mountain of stump-pulling torque (650Nm), nor its rate of initial acceleration (0-62mph in 5.2 seconds), nor its top speed (194mph). It is entirely due to the way this 2.5-tonne car handles.

Once you get used to its expansive external dimensions, it can be chucked about like a huge, weighty Subaru WRX. It’s especially fun with the ESP off – it will go sideways in the dry, for instance on cobblestones – and in rain or snow when equipped with proper winter tyres. It feels progressive, and the Torsen all-wheel-drive set-up is rear biased and feels better than anything Audi has produced.

The W12 motor – initially consisting of combining two narrow-angle VR6 Volkswagen engines – was presented on the Nardo W12 concept car, and was later installed in the Audi A8. For its Bentley application it gained two KKK turbochargers producing a modest 0.7 bar of boost, endowing the engine with a character close to that of a very large, normally aspirated motor. With timely oil changes and no smoke from the exhaust, and if the service history confirms that the motor has been looked after, it’s very durable.

The automatic transmission is a special version of the ZF 6PHP26 unit. It features six ratios, manual intervention and torque converter lockup in all speeds. At the beginning of production some of these gearboxes suffered from premature wear, and did not last even 100,000 miles. Check the car’s records to see whether if any work has been done, and have its functions examined by a specialist.

Check carefully for water leaks. Often, water can ingress near the firewall and flood the ECU, which means electrical gremlins at best and a huge bill at worst. Avoid cars with wet carpets on the left-front passenger side. Check tyres and wheels for kerb damage, and inspect panelwork for over polishing by previous owners. The body has a tremendously high level of torsional stiffness, and was made using laser welding and hi-tech bonding. Look out for accident repairs, and check these against the printed record of the car’s service life. Bentley-specific parts are very expensive.

The active CDC suspension must work properly, and the self-levelling set-up must be in order. Do NOT save money on cheap tyres; this is a heavy, high-performance car that can outrun many older Lamborghinis, so budget accordingly. Brakes are strong but wear quickly due to the weight of the car. Many owners rely a lot on ESP intervention to fix their sloppy driving, which of course further wears out the brakes.

If the cabin is neglected or dirty, or bears heavy traces of pets, it may also mean the electrics inside the cockpit have been compromised. Check that absolutely everything works – all switches and buttons – and that all the functions controlled by them appear to be as advertised.

Buy on condition, and not on model year. A high-mileage example in a pristine car may mean the car has been used properly, serviced precisely when needed and will provide good service for many years to come. Cars that are seldom used develop serious issues due to their batteries running down.

Walk away from anything with non-functioning active suspension and/or any warning lights. Be sure to arrange an inspection at a specialist workshop, or buy from a Bentley dealer who got the car as a trade-in and can access the full service history with ease.

Don’t be afraid of high-mileage examples in great condition, as they will be more reliable than cars left in storage for long periods of time. Buy a good one and it won’t disappoint you.

A big thank you to Roger Bennington at Stratton Motor Companyfor making the car available for photography.

Looking to buy one of Bentley’s many modern classics?