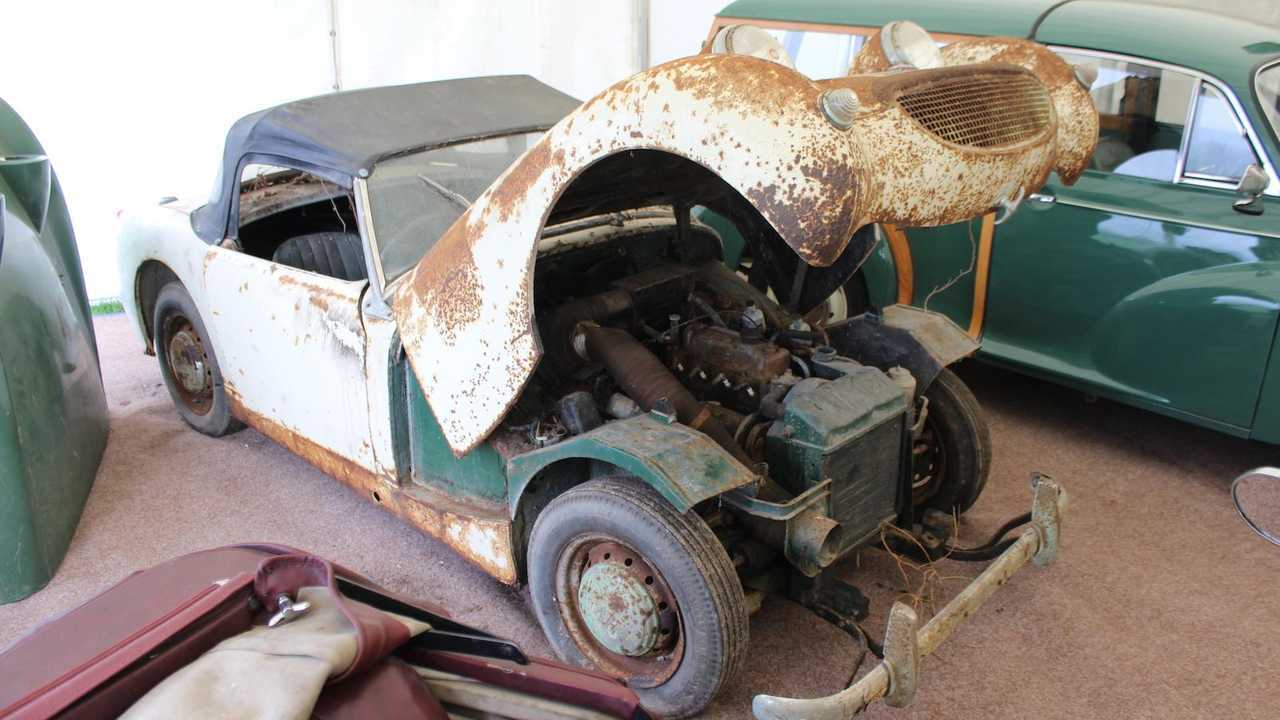 Aston DB6 project goes for less than estimate in Wiltshire, while £44k is paid for Swallow-bodied Austin 7 and £11k for one-owner Frogeye

Against an estimate of £160,000, a bid of £135,000 (£148,500 with premium) recently secured a 1968 Aston Martin DB6 (below) in the Richard Edmonds auction tent just outside Chippenham. The fairly original Mk1 had travelled barely 1000 miles during 30 years of vendor ownership and, although running, it required full recommissioning before any excitement.

While ACA was holding a 260-lot sale several counties away in King’s Lynn, Norfolk, the most newsworthy lot here was a 1929-manufactured Austin Seven chassis and running gear, topped with open coachwork by Swallow of Coventry. The ex-John Gallon two-seater sports – which led a parade of Jaguars at the Windsor Festival last summer – had been forecast to fetch £18,000-25,000, but in fact cost the next guardian £44,000 with premium.

Another interesting result was the premium-inclusive £14,300 paid for a 1971 Morris Minor Pick-Up (below) that had been treated to a professional restoration including a better-than-new canvas tilt and hoops.

Meanwhile, despite some paintwork fading and blemishes in close-up, a previously restored Minor 1000 Traveller manufactured at MG Abingdon in 1969 still realised £6930. In a similar vein, a half-timbered 1968 Mini Countryman from BMC had gathered much dilapidating dust since being laid up many years ago, before being taken on here for £2420.

Land Rover sales included a once dry-barn-stored 1960 S2 with petrol engine and hardtop. Revived between 1997-2000, and sporting a renewed crossmember with original chassis and bulkhead, it sold for an over-estimate £10,560.

A 1983 S3 with canvas tilt and a five-bearing, unleaded petrol engine made a mid-estimate £7590, and a 1980 S3, again with the stronger petrol motor, but with benefit of Fairey overdrive and free-wheeling hubs, changed hands for £6930.

Finally, there was a late-entry, uncatalogued, circa 1953 MG TD with a difference. Somehow, a Jaguar XK 3.4 engine and gearbox had been squeezed into the engine bay and accommodated in a revamped cockpit.

If the back axle and diff can stand the torque, this could be quite a wolf (or Jaguar?) in TD clothing for the £7700 paid. The new owner may soon tire of continually being asked to open the bonnet and show off the transplanted extra cam and cylinders, however...