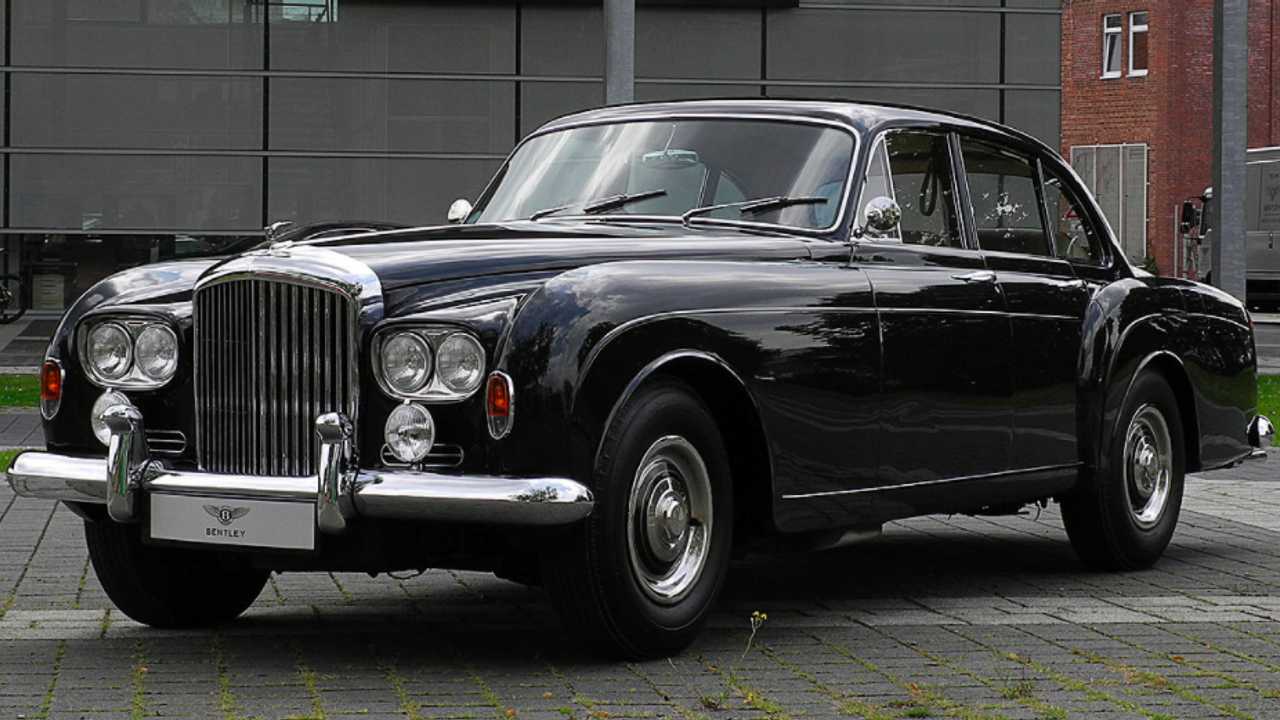 Searching for an overlooked classic with all the comfort of a cruise liner but minus the running costs? Here’s how to bag a solid Flying Spur

The most famous example of the Bentley S3 Continental Flying Spur, the aluminium-bodied four-door car built by Mulliner Park Ward, must be Blue Lena. The famous 1965 car – named after the jazz singer Lena Horne – was owned by Keith Richards of Rolling Stones fame.

It’s one of 68 RHD examples out of the total production of 86 units. Bonhams sold it for £763,100 at the 2015 Goodwood Revival event, where the car’s unusual history contributed to its exorbitant price. This started in 1967, when police found a sizeable quantity of drugs during a search of Redlands, the famous Sussex estate owned by the rock ’n’ roll guitarist. But that’s another story...

The 1962 introduction of the Bentley S3 (standard saloon) brought altered front fenders and the adoption of the Rolls-Royce Silver Cloud’s quad headlights. There was also a padded dashboard, separate front seats and more legroom for the rear passengers. Its radiator was lowered 1.5 inches, and the engine cover could be lowered as well. The bumper overriders were altered, too.

The standard steel saloon was followed by coachbuilt cars on the Continental chassis. Boasting bodies made from aluminium, most of them were crafted by Mulliner Park Ward. Rolls-Royce Ltd had formed this company in 1961 by merging two London-based Rolls-Royce outfits: Park Ward of Hythe Road, Willesden, a Rolls subsidiary since 1939, and HJ Mulliner & Co of Chiswick, a subsidiary since 1959.

Just as with the earlier S2, a four-door was created, and 86 units were built at the Mulliner Park Ward premises. The resultant automobile was called the Flying Spur. While there are a number of James Young-bodied four-door S3 Continentals, which are also very interesting for collectors, these are not Flying Spurs; that moniker was reserved for the legacy of HJ Mulliner.

The S3 Flying Spur uses the same L410 engine (in production since 1959) as its S2 predecessor. This alloy V8, with pushrods and steel cylinder liners, is built to very fine tolerances, but its higher compression ratio and uprated carburettors mean it develops more power. An L410 can last for more than 300,000 miles between rebuilds.

This engine has very few weaknesses, and many independent specialists can do serious work on it if needed. Brand-new spares are available, as well as reconditioned ones from such sources as the Flying Spares company in the UK. If a rebuild cannot be avoided, it can set you back between £7000 and £15,000. Sometimes an expensive-sounding knocking noise is caused by the hydraulic tappets needing dismantling and cleaning – therefore an inspection by a specialist prior to purchase is an absolute must, as it may spell the difference between joy and despair.

The four-speed automatic gearbox with a fluid coupling is a licence-built GM HydraMatic unit. Also used in the S2, it’s extremely strong if properly maintained. Well looked-after transmissions last up to 200,000 miles before they need any work apart from band adjustment and seal replacement. If the fluid has a suspicious smell, it may mean the gearbox is ripe for a rebuild – and this won’t be cheap, as genuine RR parts shouldn’t be replaced with GM parts, as they aren’t the same.

Check carefully for rust in the frame (the body is aluminium), the condition of brightwork (expensive to put right) and for damage to the external aluminium panels. They are softer than steel ones, and get damaged more easily in parking lots.

A full, body-off restoration will be very expensive, so budget accordingly and haggle if the car you decide to buy requires serious work. Be sure the window glass is original (darkened Sundym glass was often specified), and that the window and door seals are in perfect condition. The latter items would have been replaced on most cars by now.

The suspension must be checked by a specialist prior to the purchase decision, and servicing records must be provided. This is a heavy, powerful car, so the chassis must be spot on if you are to use it safely in today’s traffic. It’s important to check the condition of the braking system, too. Usually on most cars sold nowadays, it will have been completely overhauled, with the drum brakes working in a trouble-free and efficient manner.

The MPW-built S3 Continental Flying Spur Bentley has acres of woodwork and leather in the passenger compartment, and all of the trim must be complete and in good condition. Ensure that the electric window lifters work, and also carefully check the integrity of the door seals. All electrics should work, and all door hinges and locks should in perfect order. The doors themselves should be perfectly aligned with door openings.

The gospel here is very simple: these are desirable and very satisfying motorcars that must be bought on the basis of condition and documentation, and not with the heart. An inspection by a specialist is absolutely necessary – there are several independent companies of this ilk in the UK with the requisite expertise – and the car must be accompanied by full documentation, including, ideally, the build sheets and details of previous owners. Regular servicing, once the car is bought, is the only way to guarantee its value will continue to rise without major obstacles such as unplanned major overhauls.

A big thank you to Roger Bennington at Stratton Motor Company for making the car available for photography.

Looking to buy a classic Bentley?