See the amazing variety of cars at the first AutoClassics Mart 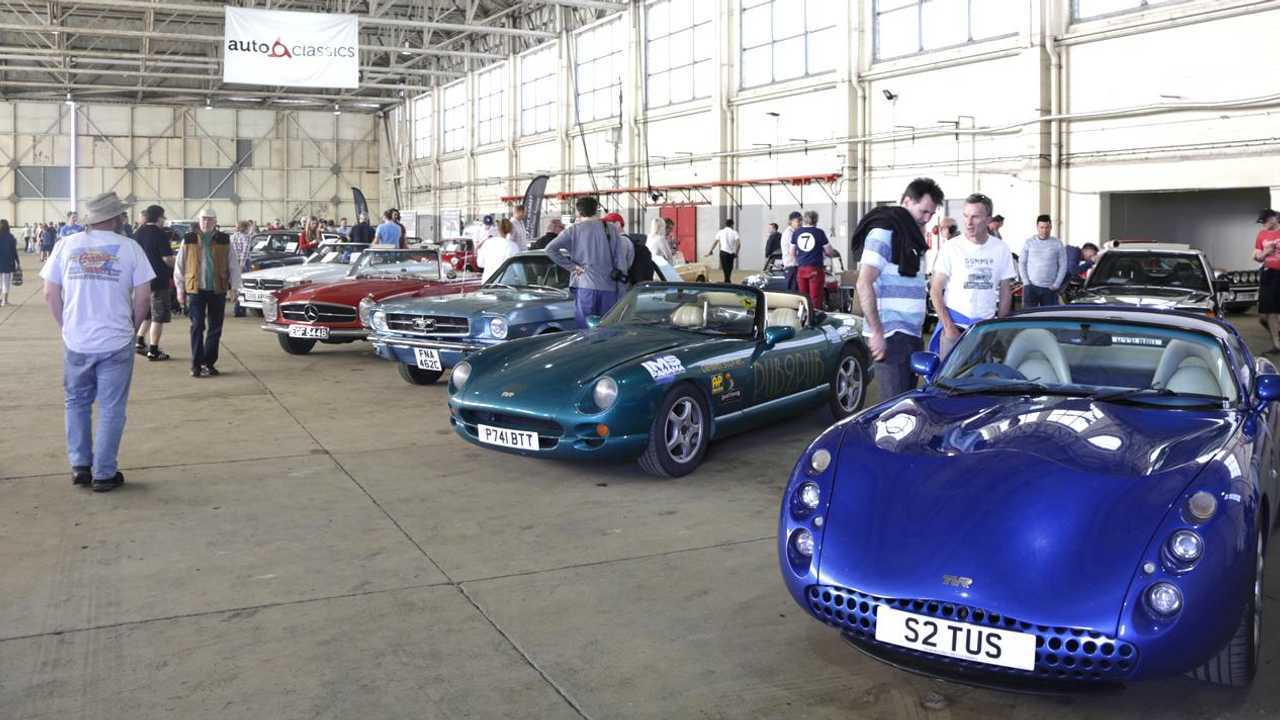 From BMW 2002 to Ford RS200, Bentley Turbo to Toyota Land Cruiser, there really was something for everyone in the AutoClassics cars for sale area at Bicester Heritage

Picture the scene: it's the morning of the Bicester Heritage Sunday Scramble. Outside, the sun is out, while inside the huge events hangar the air is gradually warming.

A few cars have been delivered the night before, and we're admiring them when there's a loud rumble from outside, and in comes a white and airbrushed blue Mk2 Capri. Even a V6 wouldn't sound like that – and it turns out that this is nothing less than one of the fabled Savage Capris, built by Jeff Uren.

Welcome to the first ever AutoClassics Mart! Over the rest of the day, the Capri was joined by cars as diverse as Mini Cooper S, 1960s Toyota Land Cruiser in Gulf livery, Lancia Integrale, Ford RS200, Alpine A110, BMW 2002, a Mercedes SL from The Classic Car Club and a Mini Cooper S and Porsche 944 convertible from The Market, plus many more – around 120 in all.

Visitors to the Scramble were invited to display their classic cars for sale in the hangar for free, to complement their free advert on AutoClassics.

The result was a fantastic line up of classics and supercars, many of which sold on the day, or received serious enquires that looked likely to result in later sales. The classics were supplemented by additional displays organised by AutoClassics and stablemate Motor1.

These included the first public appearance of the Lister Thunder (which we now know sounds incredible!), Ben Coombs and his Pub2Pub TVR Chimaera that he drove 20,000 miles from close to the North Pole to South America, AutoClassics staff cars including Porsche 996 and Range Rover P38, and a number of new cars, such as the Subaru BRZ.

The AutoClassics Mart will run again at the next Sunday Scramble on October 7. Sign up to the [AutoClassics newsletter (see the link below) to receive notification of entries opening.

Gallery: See the amazing variety of cars at the first AutoClassics Mart