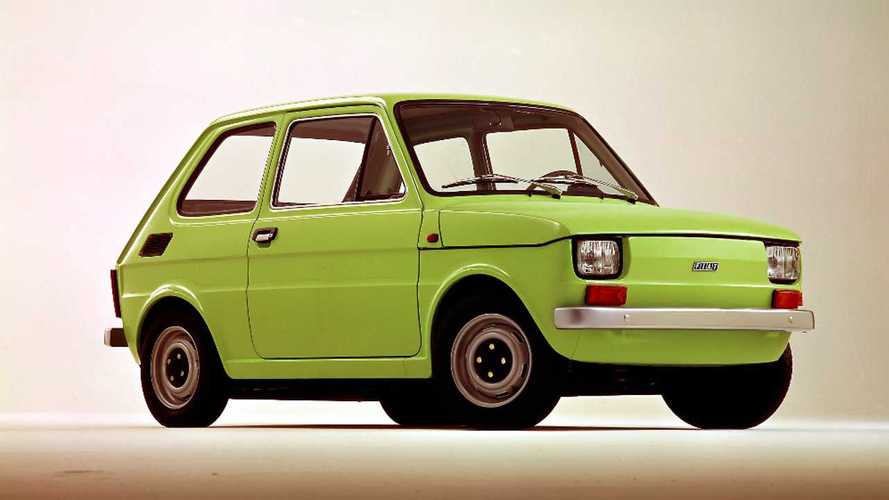 Proof that the best things come in small packages, the diminutive 126 is a bundle of fun that’s unusual, quirky and astonishingly good value

The Fiat 500 has long enjoyed cult status, yet when it was replaced by the 126 in the 1970s the new car never captured the imagination in the same way as its predecessor. That’s even though the 126 still packed a rear-mounted, air-cooled, two-pot engine for brilliant economy – indeed, both cars used pretty much the same running gear.

Offering surprising practicality and more fun than you’d ever imagine possible, the 126 is one of those classics that has always slipped under the radar. Sadly, because the 500 is so revered, many 126s have bitten the dust to keep one of its predecessors going. As a result, 126 numbers have dwindled – but that has also led to an increase in values and desirability. This is still one eminently affordable classic, though; here’s how to bag a good one.

With just two cylinders, the engine must be kept in fine fettle if the car isn’t to grind to a halt. Spark-plug condition is essential – if the engine runs poorly, fresh plugs may be all that’s required.

Although the 126’s engine is noisy, it shouldn’t sound like a bag of spanners in a spin dryer. If it does, it’s probably because the timing chain has worn; repairs are cheap. Oil leaks from the rocker cover or sump gaskets are common, but repairs are cheap and easy. If the dipstick is being ejected from the engine, it could be because the piston rings are trashed and the crankcase is getting pressurised. An engine rebuild might be required – or it could simply be a failed oil-filler cap.

Other potential maladies include worn valves and guides, which lead to blue exhaust smoke on the over-run. The Weber carburettor also gives problems, usually because rust particles have got in from a corroded fuel tank, which is why an in-line fuel filter is essential. The original fuel pumps could be dismantled and cleaned; cheap replacements don’t allow this. The timing and valve clearances also have to be spot on – anything less means poor running and high fuel consumption.

Despite being air cooled, there’s still a cooling system. A thermostatically controlled air vent should maintain an ideal temperature; it can fail, but this tends to be in the open position rather than the closed, so there’s usually no damage.

If the engine has overheated there could be a blown head gasket, which will lead to poor running. The outlet pipes either side of the motor will also be pressurised (put your hand over them to see if they are) and the fix is a new gasket. To minimise the risk of overheating, see if the fanbelt is correctly tensioned – if it’s obviously slack, the cooling system won’t be working effectively.

The water-cooled Bis has foibles of its own, which are not helped by the engine being mounted on its side and tucked under a lid to turn the car into a hatchback. The result is an engine that overheats, leading to blown head gaskets, although staying on top of the maintenance schedule is usually all that’s required to keep things ticking over.

Other problems arise from not maintaining anti-freeze levels; internal corrosion leads to the thermostat housing getting clogged up. Air locks can also strike if the cooling system isn’t filled properly.

All 126 engines have a centrifugal oil filter, which should be cleaned every service. Located near the alternator, it’s often overlooked. On balance, it’s the air-cooled engine that’s more reliable; the later Polish-built 126s reverted to this design, in a bid to improve reliability.

There’s no first-gear synchromesh, and if the change is especially nasty the linkage is probably out of adjustment. There’s a Metalastik bush in there that perishes; replacements are cheap.

The clutch needs to be properly adjusted to avoid damage to itself or the gears, but because there’s so little power the rest of the transmission shouldn’t give problems. But that’s only if the car is standard – engine swaps can double the power, leading to the final drive and gearbox wearing faster.

Oil leaks are caused by overfilling the gearbox; it doesn’t help that there aren’t any gaskets where the different casing parts mate to each other. Take a look at the driveshaft gaiters, too, as these also tend to leak. New ones are cheap.

Until 1977 the 126 had a worm-and-sector steering box, which can leak, leading to premature wear; check for stiff spots. Track-rod ends get bent through kerbing, while the idler bushes perish, leading to a lot of play in the steering.

The front kingpins need to be greased to prevent wear. Even if this has been done the metal can wear, resulting in a worn or seized bottom bearing. An exchange pair of rebuilt units is the solution.

Check for a worn single-transverse leaf spring; see if the car sits level from head on. If it’s leaning to one side, you’ll need to fit a new spring and reset the tracking. The spring may be broken and the telescopic dampers worn, but repairs aren’t costly.

The biggest thing to be wary of with the suspension is corrosion within the swing arm at the back. If this has cracked or corroded, the arm could break away. If it does, you’ll lose control of the car. It’s not that tricky to fix, with the work usually taking a couple of hours.

Expect corrosion thanks to poor-quality steel and very thin paint. There really isn’t anywhere that’s immune from corrosion, but some spots are even worse than others – at least Polish-built cars don’t dissolve as readily.

Start at the front and work your way round, pulling on anything that opens. Lift the bonnet, checking its leading edge and hinge mounting areas beforehand, and look at the front valance plus the inner and outer wings. On this latter area there’s a rubber seal that runs along the top of each front wing, onto which the bonnet closes; water gets under the rubber, rotting the steel underneath.

The spare-wheel well was made of metal too thin for the purpose, so it dissolves. Matters are not helped by the battery tray being sited next to it – acid often seeps out, then chews away the metal. Scuttles also rot, especially on the Bis, around the air vent cover.

Drain holes block up, particularly in the spare-wheel well, while front wheelarches, headlamp surrounds and sills (including the jacking points) also rust badly. Many 126s feature an aftermarket sunroof, which leaks.

The cabin trim is tough, and if any new bits are needed it’s all available. The front-seat covers simply slip onto the frame, so replacing them is extremely easy. While the carpets are less durable, making up a set yourself is easy.

The 126’s electrics are simple and durable, too. Everything is available should you need it, even if it’s only on a used basis. The key thing to check for is brittle looms and dodgy earths – other than that, there’s little to worry about.

The 126’s usability is restricted by its limited performance and tiny dimensions, but its size is one of the things that makes this Fiat so much fun. The fact that the 126 isn’t a 500 also increases its appeal – the older car is a brilliant classic, but the newer model is now so much rarer that it’s bound to generate plenty of interest wherever it goes.

The fact that the 126 is so well served by clubs and specialists only increases its appeal. Cheap to buy as well as to run, easy to maintain on a DIY basis and with excellent parts availability, the Fiat is easier to own than most other classics.

Put in some legwork and you’ll find there are some great cars available to buy, with the air-cooled models worth the most. Water-cooled 126s aren’t far behind, though, which is why it’s best to focus on condition rather than specification.

Looking for that perfect Fiat 126 for sale?

Have a browse through our classic Fiat classifieds to find your ideal 126 for sale!