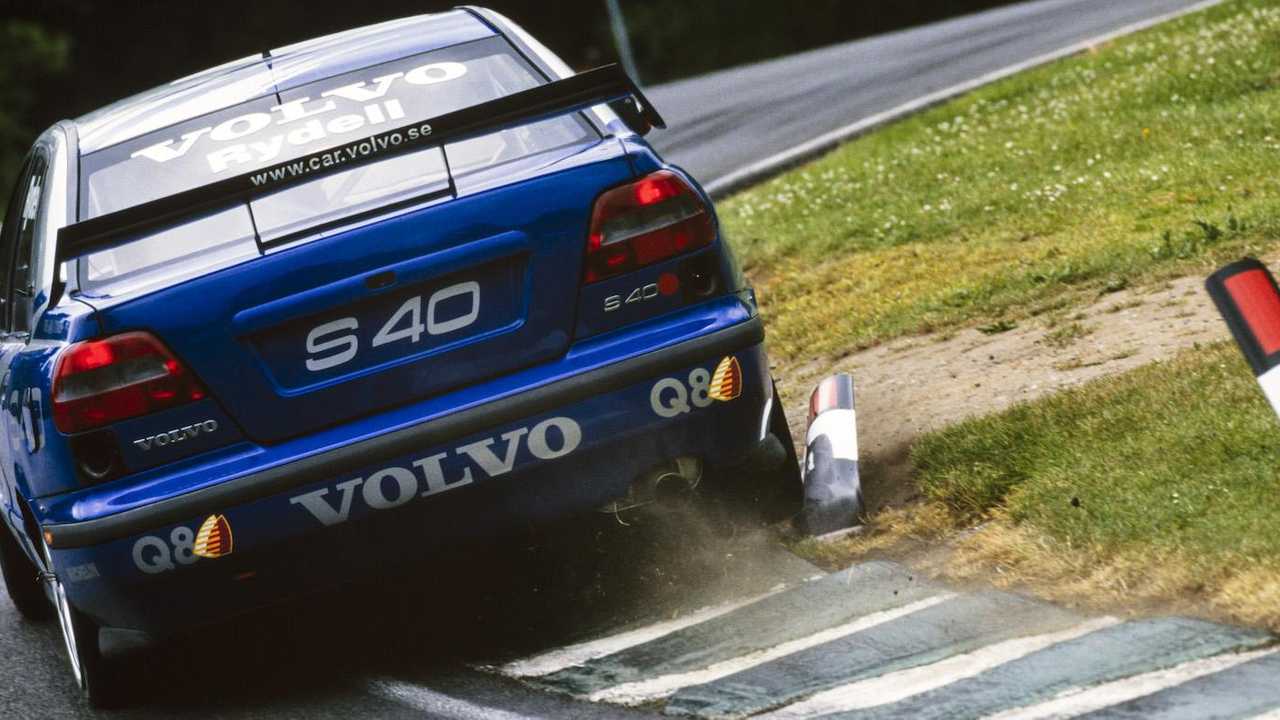 Swedish tin-top ace Rickard Rydell will come out of retirement for the Silverstone Classic to race the Volvo S40 with which he won the 1998 British Touring Car Championship.

The title-winning S40, originally built by the TWR team, was subsequently raced in various Scandinavian championships before being bought and restored by Jason Minshaw.

Now, however, Minshaw has stepped aside and invited Rydell to contest both Super Touring showdowns on the Silverstone Grand Prix circuit at the July 20-22 Classic.

‘I’m really looking forward to it,’ said Rydell. ‘I retired from being a professional racer a few years ago, but I’m always happy to do some more races for fun – and this will be a very special occasion for me. We are hoping to get some of the 1998 TWR team back together for a reunion, too.’

'I will never forget the years I had in the BTCC and I’m so happy to recall and celebrate that time at Silverstone this summer.

'The Super Touring days were fantastic. There were big budgets, unlimited testing, great cars and knife-edge competition between the manufacturers. I’m thrilled to reunite with possibly the most important car of my career. Furthermore, Silverstone was actually the place where I sealed the title all those years ago, so it will be a special weekend for many reasons.'

Rowlands has been invited to drive the car owned and developed by Baz Jordan in a bid to show that the package can rival the all-conquering Escorts. Jordan is now having the 16-valve twin-cam engine built again to the period design of the motor first used in the mid-1970s.

Rowlands and co-driver Emyr Hall gave the Avenger its British Historic Rally Championship debut on Rally North Wales last month, but were sidelined on the second stage by a distributor problem. Now they will head to the unfamiliar Kielder stages for round two, the Pirelli Rally on April 28.

‘I’ve always wanted to be in historics,’ said Rowlands, who is noted for his outstanding pace in non-historic Escorts. ‘Baz has given us this chance, and I’m confident that the car can be up there and compete with the Escorts. We did the Cambrian Rally at the start of the year as a test, and the car is still evolving.’

But Rowlands is not underestimating the task they have taken on. ‘I know how quick people like Nick Elliott are,’ he said. ‘We’re a bit under BDG power at the moment, but we hope to get there – and it certainly feels torquey. Big thanks are due to Baz Jordan and Jondel Engines, as well as to Jamie Grattan-Smith, who runs the car.’

The plan is to contest a full BHRC season.

Pearson will drive his Lister-Jaguar, ‘BHL 118’, with which he has scored numerous successes over the past three decades.

It will be Pearson’s first appearance in the 1950s sports car race, which first ran in 2015 and honours disabled Lister ace Scott Brown, who was killed at Spa 60 years ago.

‘Archie was unreal – what a character,’ said Pearson. ‘My old man was always friendly with Brian Lister, so it’s nice to have that connection.’

‘It’s going to be quite difficult because of other events in September, but hopefully we’ll get a nice grid.’

‘I did one race in Danish Formula 4 at the end of last year, but I haven’t raced regularly since the ALPS Formula Renault Championship in 2016. I lost interest in modern cars and decided I wanted an Historic F1,’ said Ferrer.

He hopes to run the car in the support race to the French Grand Prix at Paul Ricard. ‘Hall & Hall prepared the car for me, and the test at Donington last week was my first time in the car. It felt great,’ he added.

Andy Langridge has stepped up to a 2-litre Formula 3 car this season after acquiring the March 803 taken to the Toyota Formula 3 title in 1989 by Mark Bailey.

Langridge, who raced the ex-Ian Taylor 1600cc F3 March 733 last season, has had the later March restored to its 1990 Hewland livery by Dan Eagling at Lifetime Racing. He had his first two races at Donington Park recently.

‘I’m dead chuffed,’ said Langridge. ‘The car is so good, and it is teaching me a lot,’ he added of the chassis that started life as an 803A chassis for Formula Super Vee.

We are sad to report the recent death of Jonty Williamson, a former British sprint champion and noted racer with the Vintage Sports-Car Club. Williamson won the 1971 sprint title in the ex-Martin Brain Cooper-Chrysler T81B. He was third the following season and runner-up in 1972, and also competed in the British Hillclimb Championship.

Belgian racer Marc Devis will race a rare ATS D4 grand prix car at the Monaco Historique, in the car’s first competitive outing for over 30 years. Raced in period by Jan Lammers and Marc Surer, the Williams FW07 look-a-like was displayed in the ATS factory until 2014. Devis acquired the car via France, and had a first test at Donington recently.

Elan back from fiery crash

Historic racer Barry Davison has returned to Historic Road Sports this season in his Lotus Elan, which was badly damaged in a fiery accident at Silverstone at the end of last season. In October the Elan was hit by the Lotus 7 of Andy Shepherd after spinning at Becketts. It suffered a major fire in the aftermath, but is now back to immaculate.

Mark Gillies will try to win the Patrick Lindsay Trophy for a record 11th time at the VSCC Silverstone meeting this weekend. Gillies has dominated the race in recent times, and has missed only three victories in the past 13 years at the wheel of the ex-Raymond Mays ERA R3A, now owned for a second time by Dick Skipworth.

Pat Blakeney finally got to race his Delta T81 in Historic Formula Ford 2000 at Donington, after two years of problems and dramas. Blakeney, who raced in FF2000 in the late 1980s, will now hand the car over to his son Scott for the Thruxton races in early June.

Blakeney senior is the circuit manager at Thruxton, and will be busy during the venue’s 50th anniversary event. Scott previously raced in FF1600, but has not competed for three seasons.

German race car collector Rudolf Ernst has added another Formula Junior to his eclectic stable. He also raced the ex-Paul Smeeth Lotus 22 at Donington Park for the first time earlier this month. The car has more recently been successfully contested by Benn Tilley, but it has now gone back to its original colour scheme after being re-prepped by Andrew Hibberd.

The VSCC racing season will start at Silverstone this weekend with the opening Formula Vintage event. A 19-race schedule will include two races for the Historic Grand Prix Cars Association, with a 30-car field topped by Andy Middlehurst in the ex-Jim Clark Lotus 25. A 35-car field of Frazer Nashes will contest the annual Freddie Giles Memorial Race.