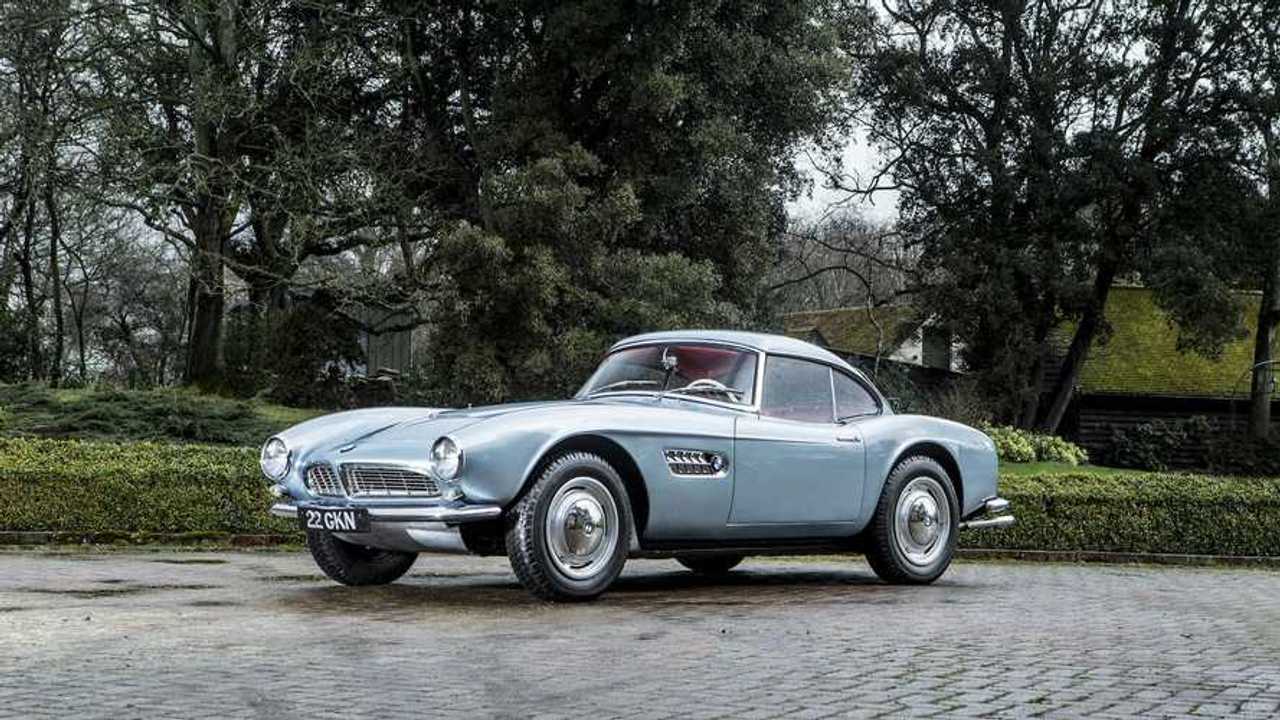 One owner from new: John Surtees! The BMW 507 has achieved a new world record for a BMW sold at auction, after selling at the Bonhams sale at Goodwood Festival of Speed

The price, significantly higher than pre-sale estimate of £2,000,000-2,500,000, was achieved after a lengthy bidding exchange. It sold in the auction room to a European buyer.

When he bought the 507, in 1957, Surtees was the reigning 500cc Motorcycle World Champion, having won the title in 1956 riding for Count Domenico Agusta’s MV-Agusta factory team. A few months after winning the title, Surtees spotted a 507 being used by BMW engineering director Alexander von Falkenhausen at Hockenheim.

‘He saw me looking at it, and said to try it,’ Surtees recalled. ‘I came back thinking, "That’s rather nice".'

Back in Italy, Count Agusta informed Surtees that he would like to buy him a present to reward his World Championship success.

‘The lightbulb came on and I thought "Ooh – I really would like one of those new BMWs",' said Surtees. 'So I mentioned the 507. Inevitably, the old Count’s response was "What’s the price?" and when I told him it was over £3000, he winced. We finally did a deal, went 50:50… and I went back to von Falkenhausen, did a little development work for BMW and got the car – in what the factory described as silver-grey, but which is more a lovely subtle silver-blue.'

All through this, Surtees kept the much-loved BMW 507, using it to drive between England and Italy, often over the famous Simplon pass, or the Brenner pass if he was calling into Munich on the way to get the car checked over at BMW. He'd often recount how he'd set off in the morning from Milan and be in Bromley, Kent, by the afternoon.

Early on in his ownership he contacted BMW to say that his car didn’t feel quite as good as the one he had first tried, not going up the hills as quickly as he would like yet going down the other side far too fast! It turned out that the von Falkenhausen car had been modified...

BMW subsequently 'breathed upon' John's car, fitting its V8 with Zenith 36 carburettors in place of the standard 32s, increasing the compression ratio, tweaking the valve timing and gasflowing the cylinder heads, for more power and torque. BMW also invited Surtees to carry out brake testing in Birmingham with Dunlop, who duly fitted his car with four-wheel disc brakes – a great improvement Surtees said at the time.

He signed for Ferrari in late 1962, and of course drove to the Maranello factory in the BMW – but Enzo Ferrari declared that he could not possibly drive a German car while racing for his team. He must have a Ferrari instead!

‘I thought "Ooh, this is good" – but when I got my first pay cheque I found The Old Man had had the price of the new car deducted from my fee!'

This one-owner 507, complete with rare factory hardtop, was offered for the very first time at public auction, direct from the estate of John Surtees CBE, eight-time World Champion. It was estimated at £2,000,000 - 2,200,000 but sold for £3,809,500, setting the world record for the most valuable BMW ever sold under the hammer at auction. For more information see the Bonhams website.

How does it feel to drive the iconic 507? We drove an original and the one-off 3200 Michelotti Vignale version. Read all about it here.