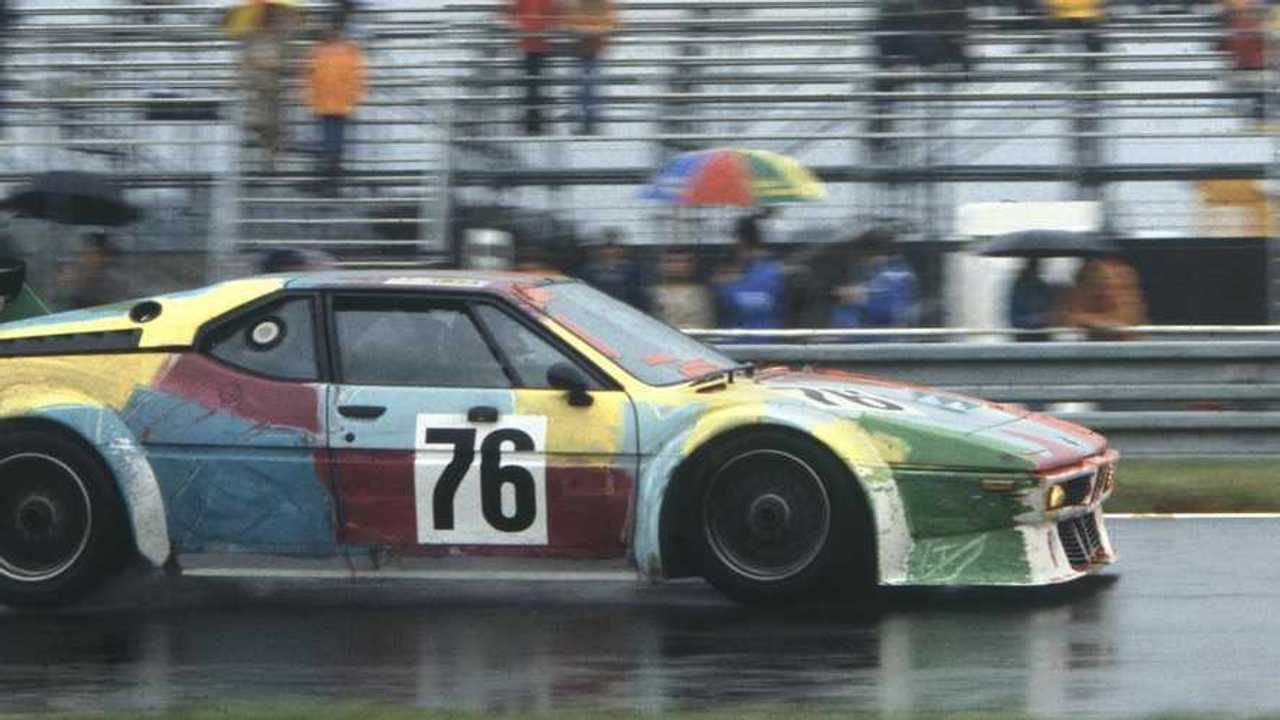 Some of the rarest sports-racing cars of the 1970s will be on-track at this weekend’s Goodwood Members’ Meeting as the later era of the Group 5 regulations is marked with high-speed demonstrations.

Spectacular cars including BMW M1s, Porsche 935s, Zakspeed Capris and five Ferrari 512 BB LMs will all thrill the Goodwood fans along with real rarities like the Moby Dick’ development of the Porsche 935 and the Triumph TR8 Le Mans Turbo from 1977.

Group 5 was an international racing category from 1966 right through to 1982 and had several formats. From 1976 to 1982 the final element of the Group 5 era of the World Sportscar Championship was for what were loosely termed special production cars, taking little more than the silhouette of the production model.

As part of the celebration of Group 5, the Porsche Museum is sending a couple of cars including the spectacular ‘Moby Dick’ version of the 935 from 1978. The name comes from the long tail developed for Le Mans, where it ran at 228mph from 845bhp, but faltered in the race. This weekend it will be entrusted to 17-year-old Daniel Harper from Northern Ireland, the new scholarship winner in the Porsche Carrera Cup GB.

'I couldn’t be more excited to be at the Members’ Meeting driving the amazing Moby Dick,' said Harper. 'It’s an incredible car.'

Adding to the spectacle will be a pair of Lancia Beta Montecarlos from 1980 and two Ford Zakspeed Capris, one of them a stunning re-creation from marque expert Ric Wood. Dutch World Rally Championship driver Kevin Abbring is due to drive a BMW 320 and Pink Floyd drummer Nick Mason will be driving his Ferrari 512 BB LM. A total of nine Porsche 935s makes this probably the biggest UK gathering of 935s for four decades and drivers include British GT ace Phil Keen in the car owned by his GT racing team-mate Jon Minshaw. In period, 935s dominated the World Sportscar Championship for four seasons from 1978 until the start of the Group C era in 1982.

Pryce won the WRC-supporting Drive DMACK Cup in 2016 and continues to seek the funding to compete at world level. In the meantime, he will realise a long-held ambition by driving an Escort Mk2-BDG on his home event with his regular co-driver Dale Furniss alongside.

'My parents live on the edge of the Dyfi complex and I won the rally overall last year,' said Pryce. 'We always want to support the event and driving an Escort is something I’ve always wanted to try. I just want to have a bit of fun.'

Escorts have always been in his family and his father bought an Escort when Osian was 13 for him to drive on private ground. Eventually, they plan to rebuild that car into historic specification.

For Rally North Wales, Pryce has hired a car from Grant Shand at Rally Xtreme and says that the pace at the head of the historic field will be fierce.

'The top historic guys are in a league of their own,' he said. 'People like Nick Elliott and Marty McCormack. I want to have as much fun as I can and then I want to go back to the WRC as that’s where I need to be.' However, another rally in an Escort later in the year remains a possibility.

Sixty years of the Mallock marque will be celebrated this year and the focal point of the season will be at the Legends of Brands Hatch Super Prix on June 30/July 1.

It was in 1958 that Major Arthur Mallock sold the first chassis for his simple but devastatingly effective sports-racing car, then known as the U2.

The company that grew from Arthur’s passion is the world’s oldest race car manufacturer in the same family ownership as his son Richard and grandson Charlie continue to head the operation.

The Brands Hatch celebrations will centre on a round of the Classic Clubmans Championship where Mallocks dominate the entry. 'We’re planning to bring together former Clubmans racers and cars from across the Mallock story,' said Richard.

Arthur would have been 100 years-old this year and a new website telling his remarkable story has been launched at arthurmallock.com

Calling all Chevron B8 racers

The Historic Sports Car Club has issued a call for period Chevron B8 racers to join in the 50th anniversary celebrations at August’s Oulton Park Gold Cup.

The highlight will be a 40-minute B6/B8 race on Bank Holiday Monday, featuring a compulsory pit-stop and optional driver change. In addition, cars that are not race-ready will be on display.

The HSCC’s Grahame White said: 'There has been a lot of interest in the race, including from owners of cars who have not raced them regularly in recent times. We want to invite those who raced B8s when the model was new to be part of the celebrations.'

Swiss racer Ghislain Genecand plans to race as many as three historic single-seaters in the UK this season. He will start his campaign with a Crossle 16F in Historic Formula Ford at Donington Park on April 7/8 but also hopes to race his ex-Jon Reakes Surtees TS5 Formula 5000 and a March 76B Formula Atlantic car.

TV presenter Tony Jardine will share the pre ’66 Mini Cooper of Andy Harrison in two-driver Historic Racing Drivers Club races this season. The Mini has been christened ‘Whizz’ in honour of recently retired Barrie ‘Whizzo’ Williams who will be team manager for the project. The first outing for Jardine and Harrison will be the HRDC test day at Goodwood on March 26.

The annual non-competitive Kop Hill Climb (September 15/16) will feature the Ford Escort in the 50th year of the Mk1. For the tenth running of the revival of the original hillclimb near Princes Risborough, the organisers are hoping to attract owners of Escorts who want to take to the public road-based hill over the weekend.

The timetable for the Donington Historic Festival (May 4-6) has been announced covering 19 races from 14 grids. After qualifying all day on Friday, Saturday will feature 10 races concluding with the hour-long Jaguar Classic Challenge starting at 1755hrs. A further nine races will fill Sunday’s programme.

A total of 58 cars are due to start Saturday’s AGBO Historic Stages at Weston Park in Shropshire, the opening round of the HRCR Old Stager Championship and Mini Cup. A total of 34 Minis will compete although the Escort Mk2 of Darren Moon is expected to set the overall pace. Joining the field are the Ferrari 308GTBs of Neil McMahon and Lee Jones.

The life of Jim Clark will be remembered by the HSCC at Donington Park on Saturday April 7. The Club’s opening race meeting of the season falls exactly 50 years from the day Clark died in an F2 accident at Hockenheim and a one-minute silence will be held before the first race. The weekend will include some of the types of car raced by Clark, including Lotus Cortinas, Lotus 18s and Lotus 23Bs.

The MGB used by Jean Denton on the 1968 London to Sydney Marathon has now been restored by the MG Car Club’s MGB Register after being rescued from a scrap yard. The car will be unveiled on the MGCC stand at 11am during the opening day of the Practical Classics Restoration and Classic Car Show at Birmingham’s NEC on March 23.