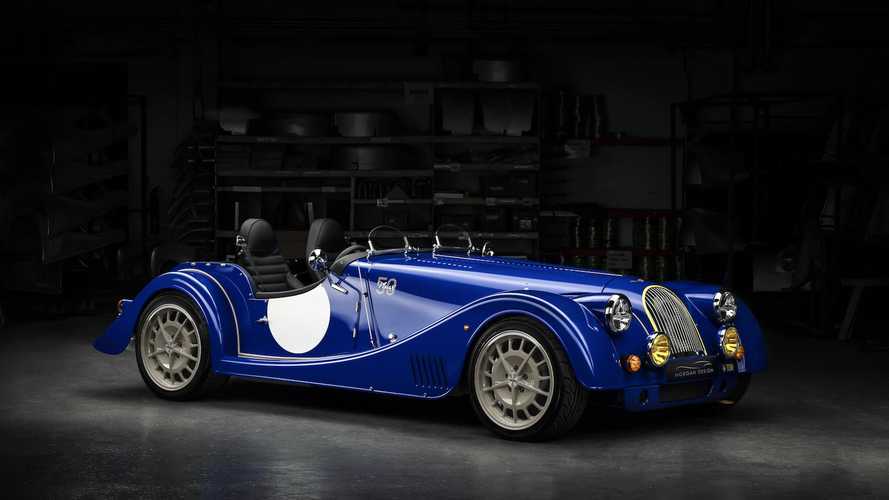 Combined, a mere 58 versions of the British sportscar maker’s final Aero 8 – the Aero GT – and special-edition Plus 8 will be built

Morgan has launched a 50th Anniversary Special Edition Plus 8, as well as the final iteration of its Aero 8, at the Geneva Motor Show. Both will be built in limited numbers.

The former car will mark the final time that the long-serving BMW 4.8-litre V8 is used in the model. Denoting this, just 50 examples will be built. Launch images show blue livery reminiscent of Morgan’s first production Plus 8, and hand-finished yellow accents on the front grill, engine cover and rear towing eyes.

Steve Morris, managing director of Morgan Motor Company, said: ‘This 50th Anniversary Special Edition is a fitting illustration of the Plus 8’s beauty and finesse, coupled with raw exhilaration and capability. Performance has underpinned every one of the Plus 8s that have driven out of our factory gates for 50 years, and we’re excited to reveal the car in full in Geneva.’

Morgan has also released the first images of its Aero GT. Replicating design elements from the race track, it features wing-top louvres and a rear diffuser in a bid to increase levels of downforce. Only eight – all of which have already been allocated – will be built, as Aero 8 production comes to an end.

The Aero GT features the BMW N62 V8, which produces 367bhp. This results in a 0-62mph dash of 4.5 seconds and top speed of 170mph. A carbon fibre hard-top roof will be available as an option, and the interior is hand finished with a series of coloured stitching and pinstripe accents. A variety of wood finishes is also available. Each car will be bespoke courtesy of the marque’s Special Projects division, and will be priced from £120,000 excluding taxes.

Head of design Jon Wells said: ‘The Aero GT, unlike its predecessors, adopts an unconventionally aggressive aesthetic. However, a purist approach to achieving a design in which “form follows function” has been rigidly adhered to. This is most apparent in the new additions to the bodywork.

‘The additional wing-top louvres, side impressions and dramatic rear diffuser have all been tested extensively to ensure they work together to reduce drag and increase road-holding capability. The merits of these additions were first unearthed during the early development phases of the 2015 Aero 8, while we were exploring the requirements of a more aerodynamically efficient Aero. This was a key requirement of the initial Aero 8 brief.’