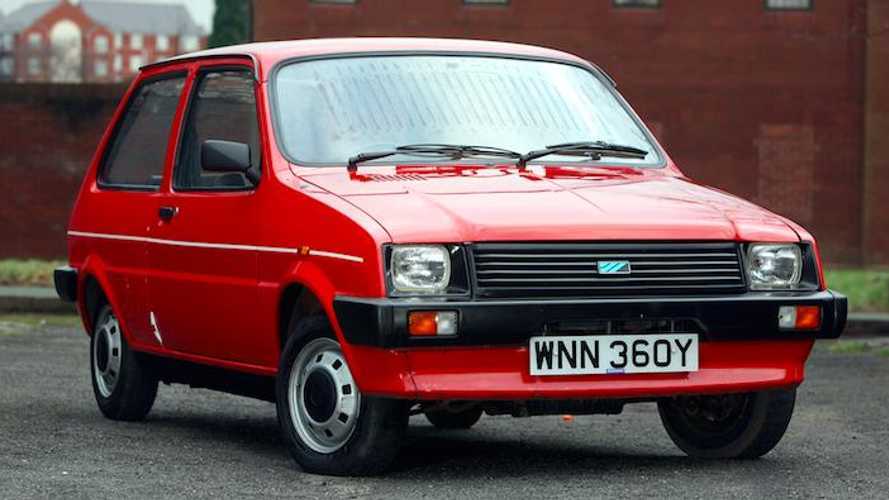 Bundles of fun and highly economical, the Austin Mini Metro makes for an ideal first classic – here’s how to find a great example of the perfect British hatchback

In 1980, Austin's Mini Metro began life as a small car launched in a big way. Introduced to auto dealers aboard a cruise ship on the waters between Liverpool and the Isle of Man, it was clear that expectations for the Metro were high. In fact, after the removal of Red Robbo via the intervention of MI5, British Leyland were depending on strong sales to revive the company's fortunes.

Intended as a replacement for the world-famous Mini, and designed to compete with the likes of the Ford Fiesta, this modest three-door hatchback had the media watching its every move; amplified when Prince Charles gifted one to Diana Spencer - later to become the Princess of Wales. Known as the Austin Mini Metro until 1987, it was also available in luxury Vanden Plas form alongside MG high-performance tune. All variants were intended to keep the Metro as ‘a British car to beat the world’.

Fitted with the simple ‘A+’-series engine and four-speed gearbox, the Metro had a quirky three-door hatchback profile, generous interior space, excellent handling credentials and competitive fuel economy. However, despite these impressive offerings, the Austin is frequently overlooked in today’s classic car market. Thanks to negative connections with its British Leyland background amid most examples now rusting in spectacular fashion due to improper care, values haven't shifted for more than a decade. For those in the know, though, it’s easy to rediscover the very reasons why more than 130,000 Metros were sold in the UK alone during 1983 – eclipsed only by the sales figures posted by Ford's Escort Mk3.

The Austin Mini Metro comes with a somewhat confusing array of engine specifications, with the horsepower and torque delivery dictated by which particular model you’ve chosen. However, under all Metro bonnets lies an A+ engine with either 998cc or 1275cc on offer. Even at the time of launch these units were considered somewhat rudimentary, but despite criticism they quickly won over a buying public with their initial reliability and impressive economy.

Common problems with the A+ engine include external oil leaks, and on neglected cars there is a tendency towards head-gasket problems. Tell-tale marks on the driveway will reveal oil leaks, while a Metro that’s prone to overheating may need the head gasket attended to. Water escaping from the underside of the engine bay may be a side effect of leaking core plugs, which should always be sorted out as soon as possible.

A Metro that hasn’t seen recent use may be difficult to start, or the engine may misfire. This will probably be due to damp spark plugs and distributor cap. Thankfully these parts are very easy and cheap to obtain, so don’t allow initial ignition problems put you off a low-mileage or under-used Metro that could otherwise be in excellent condition.

Crankshafts can become vulnerable once a pre-1988 model passes 30,000 miles on the odometer, so bear this in mind when going through a Metro’s service history. Finally, check the fuel-filler pipe for signs of cracks and splitting. This can allow water to enter the petrol tank and mix with the fuel, which will result in erratic running.

The Austin Metro was fitted with a rather dated four-speed gearbox combined with a hydraulic clutch that, although easy to work on, gives a somewhat harsh change. Despite this, the Metro’s transmission delivers responsive and fairly robust service.

High-mileage Metros can suffer from worn synchromesh and problems with the reverse-gear bush. This tends to affect only a small proportion of the early cars that remain, and is to be suspected if a Metro keeps jumping out of second.

Out on the road, don’t let a slight whine in first gear be a cause of concern. This results from the Metro’s design, and is perfectly acceptable. However, do check that the ’box is well oiled, as this significantly lengthens the lifespan of the transmission, which is mounted in the sump much like the famous Mini. The good news is that, even if trouble does strike, a reconditioned gearbox isn’t overly expensive.

Should you be new to Metro ownership, you’ll need to get acquainted with the Hydragas suspension system – an alternative arrangement to the conventional springs and dampers found on most other cars. Damping is provided courtesy of compressed fluid and gas, and this proved a popular choice with customers who enjoyed the resultant trait of ‘go-kart’-like handling combined with exceptional ride quality. British Leyland used this system on several of its models, including the Allegro, Maxi, Princess, Ambassador and MGF.

Early Metros use two separate Hydragas units at the front, and two joined units at the rear. The system is largely reliable, but when assessing a potential buy ensure that the ride height is correct and even all around the car, as well as establishing that there are no fluid leaks where the pipes connect.

Also check the upper and lower front ball joints and rear radius arms, as these can suffer if the suspension hasn’t been adequately cared for. A lack of regular greasing can lead to excessive wear here, so be especially scrupulous when assessing a Metro that’s in rough overall condition or that has sat unused for a long time.

Although the suspension is important to ride quality, don’t write off a Metro due to Hydragas problems. You should be able to find a garage with the facilities to pump the system back up, and parts are relatively cheap to buy.

Unlike the suspension, Metro braking systems are conventional and do not require much beyond regular maintenance. While out on your test drive, lightly hold the steering wheel and gently apply the brakes to see if the car slows in a straight line. Press the pedal several times over, slightly harder with each application. If at any point the car starts to veer to one side, at least one of your brakes requires attention.

Before wrapping up any inspection of a Metro’s suspension and brakes, check the type and condition of the tyres, too. Early Metros tend to be fitted with Metric wheels and ‘TD’ rubber, and these can be a little more expensive to replace than most would assume. If you’re on a budget but have found a Metro that is perfect in every other regard apart from its Metric tyres, part-worn items might prove a cost-effective solution.

Intermittent build quality that resulted from British Leyland’s industrial troubles throughout the Austin Metro’s timeline means any potential purchase should be given a comprehensive bodywork inspection. Areas to be particularly vigilant with include the rear wheelarches, outer sills, front wings and below the bumpers by the front and rear valances.

Behind the headlamps is another common rust spot, and keen assessment of the condition of the chassis, floorpans and front jacking points is also recommended, as these are particularly prone to rot on vehicles that have been used all year round. You should check the front and rear sub-frames, too. These tend to last extremely well and rarely require attention, but scrutiny now could save you money in the long run.

Because a Metro will normally have served as a daily runabout for all sorts of errands, rather than having sat as a pampered classic, it’s worthwhile looking over the paintwork and checking for either damaged or missing exterior trim. To rectify either shouldn’t cost a great deal, but it may require a bit of time and effort to source the exact match to the paintwork or exterior components.

Should you spot minor issues on the exterior that do not deter you from the car overall, it is well worth joining a relevant owner’s club for advice as well as access to suitable spares. Finally, on the luxury Vanden Plas, it pays to check that the front foglamps and remote boot release are both still in good working order.

If Dr Who’s TARDIS ever had a rival for being bigger on the inside than one would assume from the outside, it must surely be the Metro. Clever cabin design renders the Austin surprisingly spacious despite its modest exterior proportions. This is primarily thanks to the fold-down rear seats, which allow the Metro to pretend it’s an estate car while formally listed as a hatchback.

For all this generous space, the Metro’s interior is somewhat minimalistic, though. Early models sport a symmetric dashboard design, with the dials cluster mounted above a shelf. This layout looks basic but is also found in distant, more upmarket motoring relatives such as the Rover SD1 and Range Rover Classic.

The buttons and switches are fairly robust and well designed, with many borrowed from the larger Maestro and Montego. However, the location of some of the controls makes you question whether the designer actually tried driving a Metro at the same time as selecting some of the switches…

Metro upholstery, carpets and roof linings are known to last well if treated with respect. Should something be in need of replacement, spares supply is sufficient that most interior parts are obtained with relative ease.

Should you seek a little more luxury within a Metro, it may be worth seeking out a Vanden Plas rather than the standard model. These come with a radio-cassette player, electric front windows, rev counter, leather trim, trip computer and remote boot release. However, be aware that replacing Vanden Plas interior components could prove more complicated.

Throughout the 1980s, sales figures of the Austin Mini Metro were impressive. Considering the model’s strengths in handling, space and economy, it’s hard to comprehend how British Leyland’s troubles during the model’s production could prevent this fun hatchback from getting the recognition it deserves.

Perhaps sticking to a four-speed gearbox and the simple A+ engine didn’t help matters, while there is certainly a compromise on overall comfort levels when it is clear the Mini Metro has been set up instead for great handling.

If you’re looking for a fun car that’s exceedingly economical, the Mini Metro has huge potential to offer an entertaining driving experience that you won’t forget. A properly cared-for example can be impressively robust and reliable. Put the effort into thoroughly checking a potential buy – particularly when it comes to bodywork and suspension – and you’ll be reaping the rewards for years to come. Check everywhere for rust - if it's metal, inspect it very closely.

The luxury Vanden Plas and MG versions are more costly than the standard models, but will offer far more return thanks to their sheer rarity. Whichever Austin Mini Metro you opt for, all are about as British as they come – and superb fun to boot!

Searching for a classic Mini Metro for sale?