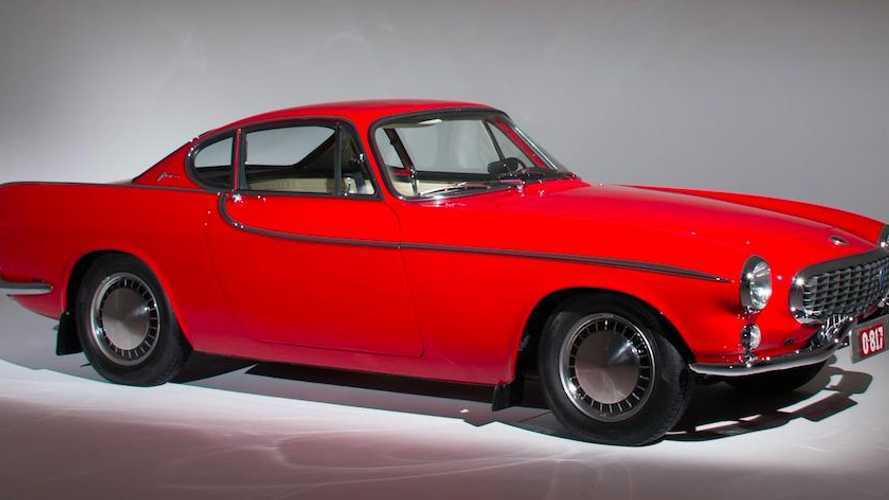 It's stylish but it's tough. It's an old Volvo but it's sporty. The P1800 is almost the perfect classic – but you need to know where to look for rust

Best known for its family-focused saloons and estates, when Volvo unveiled its curvy P1800 coupé during the 1960 Brussels motor show it certainly raised an eyebrow or two. In the history of the Swedish company this was the most unVolvo-like Volvo ever – and it’s all the better for it.

Stylish and great to drive, the P1800 is more of a cruiser than a sports car, but a healthy dose of practicality and Volvo's trademark build quality make it a hugely appealing classic. While the P1800 isn’t as cheap to buy as it was, this is a car that’s far from overpriced.

While early P1800s were built by Jensen and very fragile, once production had shifted to Sweden in 1963 things improved considerably. But as Irv Gordon will tell you, these are tough cars that will just keep going; he holds the world record for racking up miles in his P1800, with more than three million on the clock so far.

A caring owner will have insisted on fitting a Volvo oil filter, as cheaper alternatives don’t have a non-return valve, starving the bearings of oil when the engine is started from cold. If there are thumping noises when cruising it’ll probably be tired timing gears rather than worn big-end bearings; putting things right isn’t especially costly.

A tired P1800 engine shows the classic signs of wear; blue exhaust smoke signifying oil being burned through worn piston rings and/or cylinder bores. Expect 40psi of oil pressure once cruising with the engine up to temperature; if the engine struggles to get warm, the chances are that a new thermostat is needed.

The P1800’s transmission is pretty much bulletproof. As long as the gearbox oil level isn’t allowed to drop because of leaks, it’ll rack up hundreds of thousands of miles. All UK cars got overdrive as standard, but in other markets it was optional on some models.

If the oil level is low the overdrive will stop working, but it could also fail to engage because of an electrical glitch. These are usually cheaply and easily fixed; just home in on the connections, earths and relay.

The steering should be light and reasonably precise. If not, it’ll be down to the steering box having been overtightened to remove play – something that will lead to the box wearing prematurely. Once the box has worn, it has to be replaced with a used unit as the parts aren’t available to rebuild it.

Suspension problems are unlikely apart from worn top wishbone bushes. There are four of them but replacement is easy and they’re mostly cheap. Rubber or polyurethane items are available; the latter reduce refinement but they last longer.

Wheel trims for the earliest (Jensen-built) cars are unavailable, and because they tend to fly off, those that are left tend to be very tatty. From 1970 the wheels featured steel rims and alloy hubs. The two sections separate, but the wheels from a 140-series will go straight on.

Apart from everything seizing up through a lack of use, the braking system is usually reliable, but this is normally easily fixed. Fuel-injected 1800s have dual-circuit brakes with a servo and the latter can fail. The servo can’t be rebuilt or replaced and it’s not possible to fit an aftermarket system. The Girling servo fitted to carburetted 1800s also can’t be replaced and rebuilds aren’t generally possible, but at least the Girling unit can be swapped for a Lockheed one.

Corrosion is the main killer of P1800s and with very few replacement panels or sections available, restorations are far from straightforward. Home in on the front inner and outer wings; any signs of rust here suggests that worse is hidden out of sight.

Also focus on the sills and wheelarches along with the headlamp and sidelight surrounds. If the sills have already been repaired, anything other than genuine Volvo panels will produce the wrong profile; below each door there should be a series of vertical grooves.

Below the radiator is a four-sided box section crossmember which rots badly. Access to repair the crossmember is tricky, so the engine has to be lifted to get to it. Other rot spots underneath the car include the front outriggers and steering box mountings; the former are easy enough to fix but the latter is more costly to put right.

Other areas likely to give problems include the rear outriggers, door bottoms and fuel filler surround, along with the boot lid. The floorpans rust too, having become waterlogged because of a failed heater valve, or it might be that the heater vent below the windscreen has become blocked. It could also be that the windscreen surround has corroded; a job that needs specialist attention.

Finish by checking the bonnet hinge mountings, which break rather than corrode. It’s because the hinge seizes up and strains the thin plate that it’s mounted on; keeping things lubricated will help. The rain gutters on the 1800ES also corrode, but the coupé doesn’t seem to suffer from this.

Sub-standard crash repairs aren’t rare either, as the front and rear panels are delicate and get damaged easily, and the panels aren’t available to fix things. As a result filler is often used when fresh panels need to be fabricated to do a proper repair.

The interior trim is strong, which is just as well as some parts aren’t easy to find. The seams in the leather-trimmed seats can split, but any competent trimmer can sort this. Replacement trim panels are available but dashboards aren’t, and these are prone to cracking, with repairs not possible. Collapsed seat webbing is likely and so are worn carpets, but these can be renewed.

Exterior trim is easier to track down but it tends to be very costly. The brightwork lasts well but the grille gets damaged from parking knocks, and replacements are expensive.

An alternator was fitted from 1966, with a dynamo fitted to earlier cars. While all of the external electrics are Lucas, the running gear is all Bosch. Whereas the latter is reliable, the former suffers from corroded contacts; if there are problems, home in on the fusebox on the inner wing. The only other electrical weak spot is the panel lighting dimmer switch; the best fix is to bypass this so the lighting intensity isn’t adjustable.

All coupés are sought after regardless of age or spec, but the 1800 ES trails in the popularity stakes, making them cheaper to buy. It’s a shame that Volvo's 1800 ES remains overlooked – it’s unusual, very usable and just as good to drive as the coupé. As a result we’d suggest you don’t dismiss this enigmatic shooting brake too readily.

Earliest examples with the cow horn bumpers are the most collectible. These are very rare though, as is the P1800S, so you’re more likely to buy a later model, either a 2.0-litre 1800S or an 1800E. The former is the most common, while the latter used to be shunned because of its fuel injection, but buyers have wised up to the fact that it’s a dependable system, so there’s nothing to be frightened of.

While the P1800 was once under-valued, values have leapt recently and as a result asking prices are all over the place. Shop around before buying and seek advice to make sure that what you’re buying is all that it seems.

After the perfect Volvo P1800 for sale?