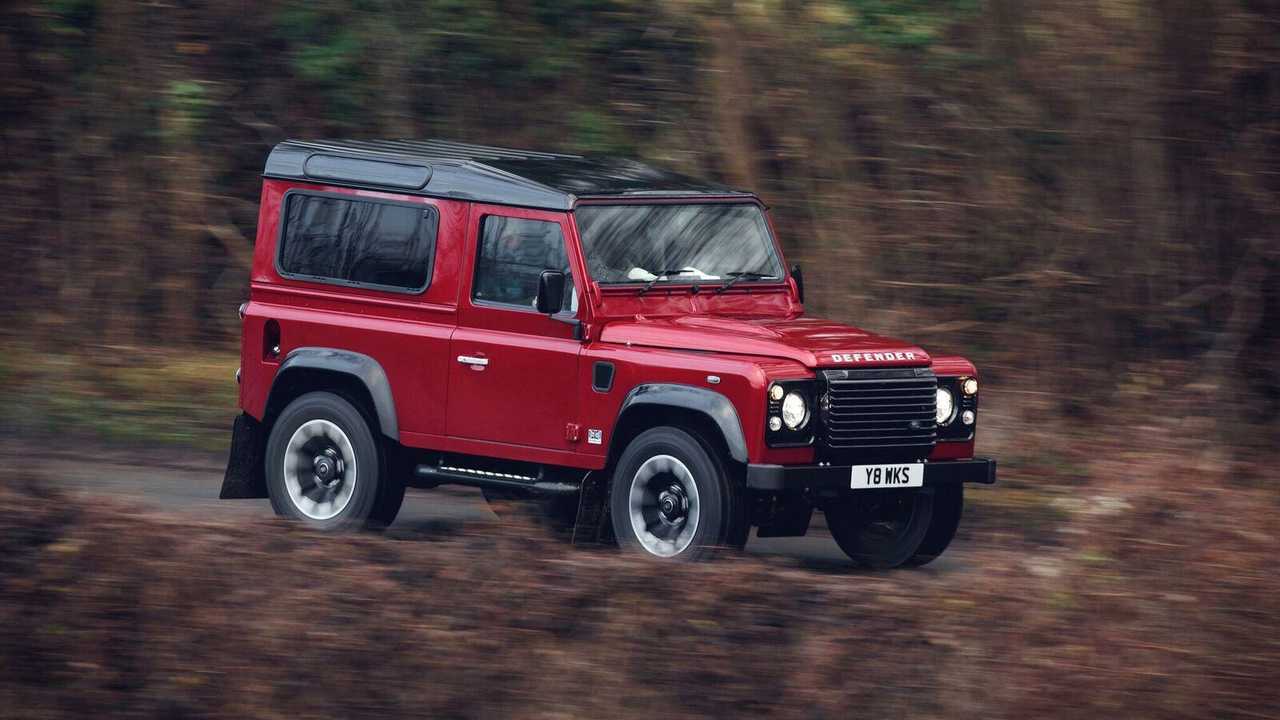 The Defender lives on! New Works V8 special edition will be built at Land Rover's Classic HQ – and will achieve 0-60mph in just 5.6 seconds

Land Rover has today announced a limited edition, high-performance version of the iconic Defender, with a maximum of 150 V8-powered examples to be re-engineered to celebrate Land Rover’s landmark anniversary for 2018.

Paying homage to early high-powered Series vehicles, including the likes of the Series III Stage 1 V8 and the Series IIA Buick-V8 Range Rover test bed, and subsequent Defenders – including the 50th Anniversary Edition and NAS – the Defender Works V8 promises to be the ultimate Defender incarnation. Highly sought after by collectors, these heritage specials now have a new stablemate.

Jaguar Land Rover’s Special Vehicle Operations (SVO) Defender Works V8 will be the fastest and most powerful Defender that Land Rover has ever created. The 5.0-litre naturally-aspirated petrol V8 powertrain churns out more than 399bhp and 515 Nm of torque. To put that into perspective, the standard diesel Defender produced until 2016 offered a maximum 120bhp and 360 Nm – capable of breaching 60mph from a standstill in 15.8 seconds, and continue onto a maximum speed of 90mph.

The Defender Works V8 will accelerate from 0-60mph in an incredible 5.6 seconds, with a top speed of 106mph.

‘It’s fitting that we’ve been able to release the full potential of the iconic Defender, whose much-loved shape remains synonymous with Land Rover, 70 years since it was seen in public for the first time,’ explained Tim Hannig, director of Jaguar Land Rover.

‘The idea of reintroducing a V8 Defender was something we were discussing as far back as 2014, when he were still building the Defender in Solihull. We knew the demand was there for a powerful and fast Defender; the Land Rover authenticity is the ultimate finishing touch for discerning clients purchasing these collector’s edition Defenders.’

The V8 powertrain will be fitted to 150 Defenders specially-selected for the 70th Edition, paired with an eight-speed ZF automatic transmission. The gearbox features a sport mode, whereas the brakes are uprated and a handling kit – upgraded springs, dampers and anti-roll bars – has been installed.

Both the 90 and 110 wheelbase Defender Works V8 derivatives will be available to purchase direct from Land Rover Classic, with prices starting from £150,000 for a 90 in the UK.

A select number of high-performance upgrades inspired by Defender Works V8 will also be available to purchase soon from Land Rover Classic, including power upgrades for the TDCi diesel engine, braking kits and fast-road suspension.

If you are after one outside of the UK, the Defender Works V8 is available on an individual import basis, subject to rules on importation of vehicle conversions.

Land Rover and the V8 engine

There's a long and honourable history of Rover V8-powered Land Rovers, as this AutoClassics feature explains.